Instrumental hip-hop, 808 Mafia and the sound of Chicago: the week’s best mixtapes 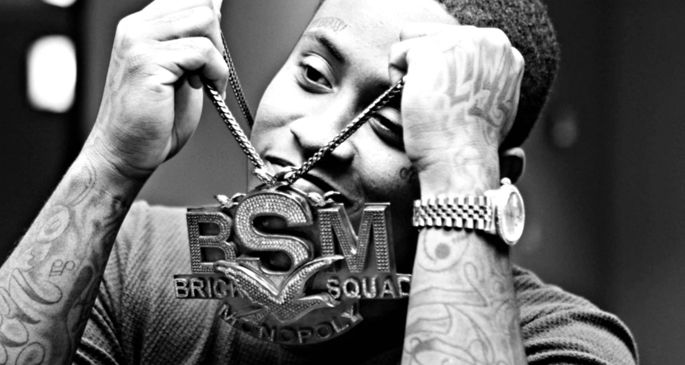 We must sound like broken records at this point, but Chicago continues to be a hip-hop hotbed, even if the radio hasn’t caught up. Along with new tapes by youngsters Mick Jenkins and Max Wonders, we’ve got two (!) collections of Chi-town instrumental rap, and a couple Southern tapes to round things out. 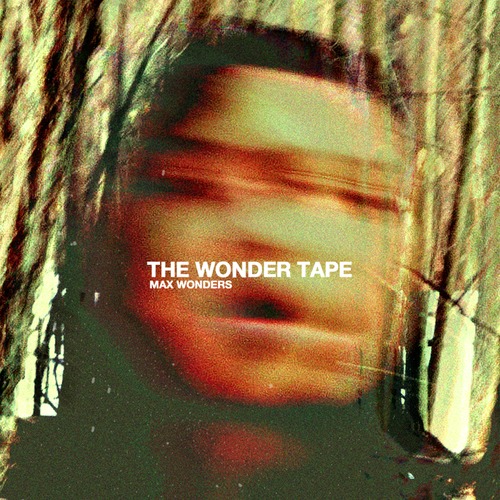 Mixtape of the week:
MAX WONDERS
THE WONDER TAPE

Max Wonders is a teenaged member of Chicago’s Treated Crew, and like recent mixtape round-up featuree Saba, he seems to be walking through the door Chance the Rapper opened up for the city’s rappers, with an often sing-song flow and lyrics that stay on the right side of the “Conscious” divide.

Sonically, Wonders mixes it up: once you get beyond throwback opener ‘Pray For Blue Skies’, there’s dreamy, smoke-filtered rap on ‘Soul Worth’ and ‘We Alright’ and angsty post-drill on ‘Matte Black’ and ‘Burning Bridges’. It’s not just one or the either, though, as ‘Complacent/Interlude’ does both and mixtape highlight ‘Lucky Eight’ splits the difference and adds a steady four-on-the-floor beat.

Wonders’ raps are loaded with clever wordplay and touching details that feel true to life. On the satirical ‘Rich Kids’, he unloads this bombshell: “now my moms is sober and my dad he still be tweaking, I just got restraining order / you can watch me from the distance, while my face on all them posters / you done missed enough of my birthdays that another one won’t hurt you.” Keep your head up, Max: your future is bright. 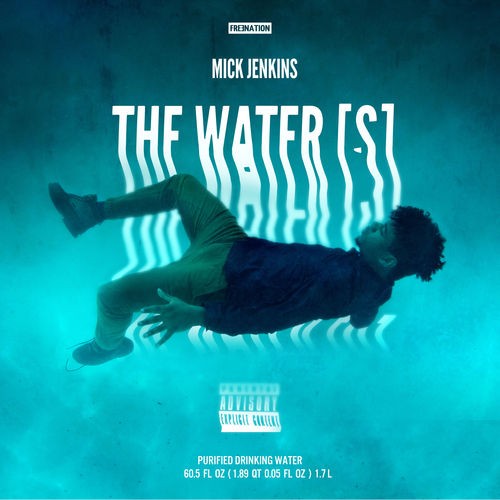 Chicago rapper Mick Jenkins returns with his second nature-focused mixtape of the year on The Water[s], and it uses the opportunity to get philosophical and metaphorical over moody, synth-washed productions that live up to the tape’s aquatic title.

On the mic, Jenkins outpaces the lyricism of his peers in the left-field Chicago scene, with a wordy stream-of-consciousness flow that brims with freestyled energy. On ‘Healer’, words tumble forth: “My piss ain’t never been so clear / my pockets never been so empty / my heart ain’t never been this full / but my stomach is not, so… my nigga, don’t tempt me.”

His style is a punchy counterpoint to pro-grade beats that trade in stoned haze and rich instrumentation, as if Noah “40” Shebib drew more from neo-soul with a touch of jazz. Jenkins’ fellow Chicagoans impress, as well: production trio OnGuad ably man six tracks; Jean Deaux, The Mind and Ebony handle singing duty; and one-to-watch No Name Gypsy turns up on highlight ‘Comfortable’. There’s a lot to like here, even if the tape threatens to drown under the weight of its theme. 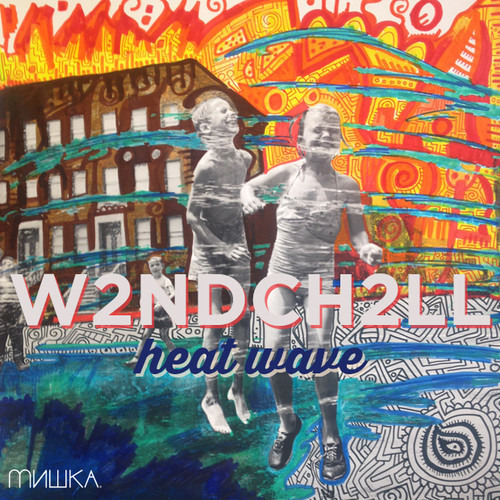 Mishka’s mixtapes are always worth a closer look, and this latest bumper collection – handily split into two 17-track chunks – is their best in ages. Instrumental hip-hop can be a hard sell, but it’s to Mishka’s credit that they’ve managed to put together a set of tracks here that actually feels like there’s some kind of harmony between the tracks. It helps that there’s a theme – the first part, entitled BeachSeason, is “full of summer vibes and Sunday breezes” and the second, HeatWave, is “full of soul samples and boom-bap.”

Separating the tracks out like this certainly makes the listening experience a little easier, and by the end of it, there’s undoubtedly a feeling that you’ve encountered a fairly decent cross-section of Chicago’s producers. There are the worthy: Stones Throw affiliate Maker for example, the ascendent: Chance the Rapper beatsmith Nate Fox; Mulatto Beats (who produced for FACT fave Lucki Eck$) or Vic Mensa collaborator Papi Beats, and newcomers such as ZenZan, Green Sllime and production trio OnGaud.

Highlights come thick and fast, from Sartorious’s perpetually stoned ‘Bluegum Trees in Bloom (ZzZzzzzZzZ)’ and Joseph Chilliams’ Dhalsim-sampling ‘SUAVAMENTE’ to Roman Flowrs’ DJ Rashad tribute ‘King Rashad (Never Letting Go)’ and Sani’s excellent ‘Glow’. Those of you dying for a taste of what the jazzier side of 2014 hip-hop sounds like right now – here’s you fix, it should keep you going for a while. 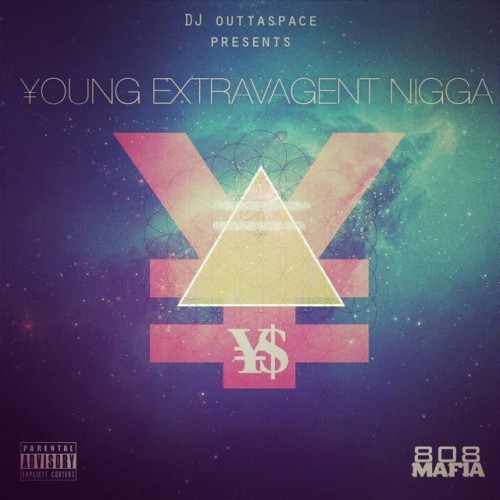 If you follow this column closely you’ll probably notice that it wasn’t even a month ago that Sizzle (aka Southside, of Atlanta production outfit 808 Mafia) released his last mixtape Free Agent. When that dropped we were surprised that Sizzle, who’s already notorious for his influential beatmaking, could actually hold his own on the mic.

This latest drop continues the theme – he’s an adequate rapper, but it’s still the beats that hold the tape together. One particular high point however finds him tangling with an uncredited rapper (who sounds suspiciously like Lil Silk associate Chilly Chills), who adds much-needed flavor to ‘Fuckery’ with his characteristic sing-song style. It’s a light moment of respite, and a reminder that nudging a bit left-of-center is crucial if you want to stand a couple steps ahead of the noise. 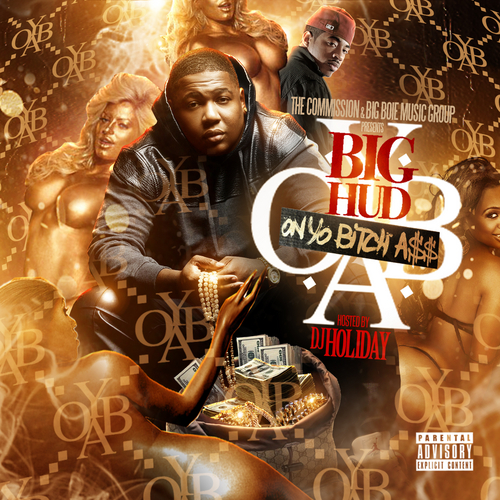 Dallas veteran Big Hud borrows from across the Southern hip-hop landscape — from Houston to Atlanta to New Orleans and beyond — and crafts syrupy rap that’s ready for the street, the strip club or Sunday afternoon. There are 20 tracks here, and Hud runs the gamut while having a ton of fun along the way ( rhyming “Pocahantas” and “Rihanna” for a living sounds fun).

There are soulful, country rap wood-grain grippers (‘1999′,’You What Money Look Like’, ‘Thats What We Do This For’); slowed-down trap rap (‘Pull Up On Ya’); BeatKing-styled gangsta-stripper-music (‘The Booty Club’); and funk-in-the-sun soundtrackers (‘Sunday Funday’, ‘Summertime Ish’). There’s even West Coast ratchet, thanks to appearance by Too Short and Bay Area partner-in-crime Beeda Weeda, confirming what DJ Mustard’s snap-meets-hyphy hits have proven: the South and the West go together like peas and carrots. 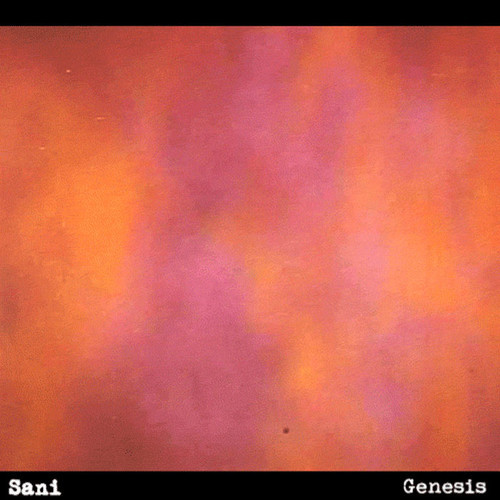 It’s good news for fans of instrumental Chicago hip-hop this week, as not only did Mishka drop an absolute boatload of beats on us with the bumper W2NDCH2LL tape, but Sani (who contributed one of that tape’s highlights) has shared a 21-track tape of his own. It’s cracking stuff too, and easily varied enough to bear up to repeat listens.

The primary influence appears to be MF Doom, which is no bad thing – soul samples are chopped to shred and splattered in-between beats so dusty they should come with a gratis pack of Claritin D. Occasionally though, Sani goes off piste a little, and allows the weird psychedelia of Madlib or even Boards of Canada to seep in – just skip over to ‘Headband’ and tell me that couldn’t have been an unheard demo from the Hi Scores sessions?