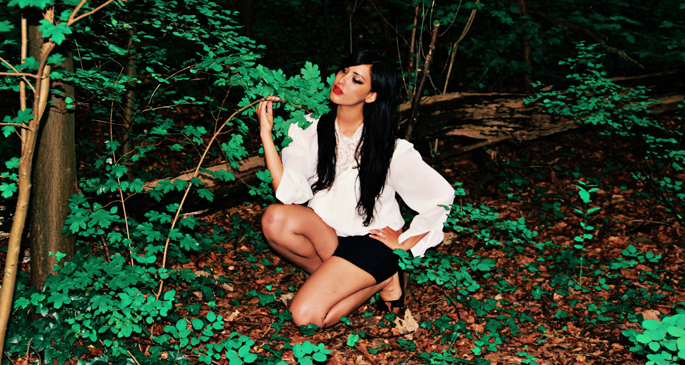 This week we explore some Euro basements (not THOSE Euro basements, c’mon), check out the Caribbean sun, celebrate 20 years of one of London’s most important institutions and take a peek at dembow and cumbia grooves.

Honestly, mad respect to anyone who’s asked to splice together a mix and instead decides to turn in a convincing live jam that never once descends into meandering narcissistic drivel. Xosar urges us to realize that the mix was recorded “in a delirious state” in the early hours of a Berlin morning – with broken gear no less – but the specifics shouldn’t matter at all as it’s as concise and involving a set as you’re likely to hear. Moody, deep and textured, she drags us through the Euro basement scene with a wry smile – there’s an understanding of pounding Birmingham techno, Detroit soul and (cough) “outsider house,” but it’s all tailored to suit her needs and molded into something that may as well be a contemporary take on John Carpenter’s eerie synth-drenched minimalism.

The DJ/producer also features the club-ready tracks of his Summer ’14 Mixtape, which lives up to its meme-worth cover: “u gonna regret not texting me back when my mixtape drop.”

DJ Haus is one of British dance music’s national treasures, and he proves yet again that he’s got the Midas touch with this hour-long selection of rudeboy anthems primed to get us in the mood for Rinse’s 20th birthday. Any persistent FACT followers will no doubt know what to expect and Haus doesn’t disappoint as he smashes hot Unknown to the Unknown plates with skeletal house bangers from the furthest reaches of the globe. Where Haus succeeds (and other DJs fail miserably) is that he’s not afraid to shoehorn anything in – a massive bassline brawler? Sure, in the bag; grinding Chicago house? Yep, throw it on. It’s this mischievous streak that makes this mix (and any others he puts his name to) so bloody necessary, we just wish it was a trait that was capable of spreading.

Colchester newcomer Gundam is yet another one-to-watch in the instrumental grime scene, and on this short-but-sweet mix for Frosty, he forgoes the JRPG-grime that his name suggests for something that lives up to Frosty’s “ICE COLD GRIME MIXES” billing.

The mix’s high concept is one we can get behind: chilled-out, ambience-heavy garage, R&B and eski-beat (mostly) by Kapsizers Asa and Sorrow mashed up with classic grime acapellas from Dizzee, Wiley, M.I.K, Trim and more. For all the grime mixes that show up in this round-up, it’s a treat to find one this conceptually tight, but rest assured: the next time you see Gundam here, it’ll be his own tracks on display.

A selection from Border Community boss James Holden is always worth a look, but we have to say we were caught of guard by this latest bumper blend. Gone is the pulsing, transcendent minimal techno you’d usually expect from the producer, hell, even the modular-flecked weirdness of last year’s The Inheritors is nowhere to be found. Instead we’ve got a mix of zippy early electronic experiments (Silver Apples), avant jazz (Don Cherry) and neo-Krautrock (Beak>) with plenty of room for obscure gems in between. We must say, hearing Holden let loose like this is very refreshing, and his selection is top notch. We’re going to make a guess that his next LP will take us further down the rabbit hole, and we can’t wait.

As the title suggests, Los Angeles label Friends of Friends is celebrating its fifth anniversary, and to mark the occasion, FoF has enlisted Daedelus to take a journey through their catalog of woozy, sun-dappled electronica. After a slo-mo intro, Daedelus alternates between the left-field grooves of Salva and Tomas Barford and the glitchy early works of Shlohmo and Ernest Gonzales.

Daedelus is the perfect DJ for this nostalgia trip, and it’s a pleasure to revisit some of these tunes (RIP LOL Boys), and the mix is a nice reminder of FoF’s prominent place in L.A.’s growing electronic music scene. Here’s to five more years of releases like these.