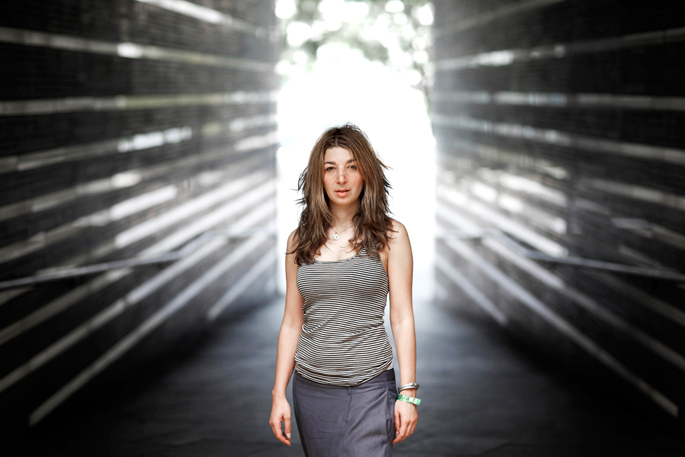 This week we’ve got plenty of goodness for you to ogle at without having to guess anyone’s iCloud security questions – a selection of experimental drones, a beatless videogame soundtrack, more outsider house than you can shake a broken Boss Overdrive pedal at and everything in between (almost).

Mix of the week:
DARK0
MUSIC TO… ORBIT THE MOON TO

i-D continues their “Music To…” series with a mix by instrumental grime star Dark0. As anyone who has listened to his exemplar Fate EP knows, the man has a special appreciation for video game scores, and Music To… Orbit The Moon To is a gentle journey through Dark0’s video game nostalgia – imagine recent cuts like ‘Amethyst’ and ‘Gaia’ without the beats.

As always, heavyweights Yasunori Mitsuda (the Chrono series) and Hitoshi Sakimoto (Final Fantasy) loom large, as does Alexander Brandon’s soundtrack for cult-classic Tyrian. There’s also sonically similar material, ranging from Jon Brion-sampling dream pop, gauzy How To Dress Well favorites and even some Burial. At a time when his contemporaries Mr. Mitch and Strict Face are exploring the softer sides of grime, it’s great to hear Dark0 strip the music to its essence, too.

Mira Calix might still be best known for her run of awkward-but-charming LPs on the Warp imprint, but those with a keen eye will know that she’s been busy carving out a niche for herself in the art world over the last few years. A few high profile commissions and a handful of performances at some of the world’s finest festivals later, and her early run of retching electronica (complete with obligatory BoC remix) seems like a distant memory; this very grown up blend of pastoral ambience, musique concrete and sublime explorative experimental pieces is a definitive statement of where Calix is at musically in 2014.

Amusingly, Calix kicks things off with Kate Bush’s ‘This Woman’s Work’, a nod not only to her own status as a lesser-seen “woman in electronic music” but to the fact that Bush is currently treating London to her first live shows in, well, bloody ages. From there we get booted through cuts from Iannis Xenakis, Maja Ratkje, Bernard Parmegiani, Chris Clark, Curtis Roads, Handel and absolutely loads more. It’s a delightfully well-realized collection, and one that surprises at almost every turn. Who needs electronica anyway, eh?

Don’t worry if you haven’t heard of HOLOVR before – the first ‘proper’ release only emerged a few weeks ago on Opal Tapes, so you’d be excused for not having an encyclopedic knowledge of his collection of cassettes. It’s hardly surprising that the aforementioned imprint gets plenty of airtime here then – there are tracks from Opal head honcho Basic House as well as the unstoppable Wanda Group, and the mood throughout is one of familiar lo-fi, beat-ridden experimentalism.

Some of the tracks featured here will apparently end up on Jimmy Billingham’s forthcoming Indole Records imprint, but until then we get to enjoy a blend of exclusive tracks that are totally unavailable elsewhere. Outsider house heads ignore at your peril. 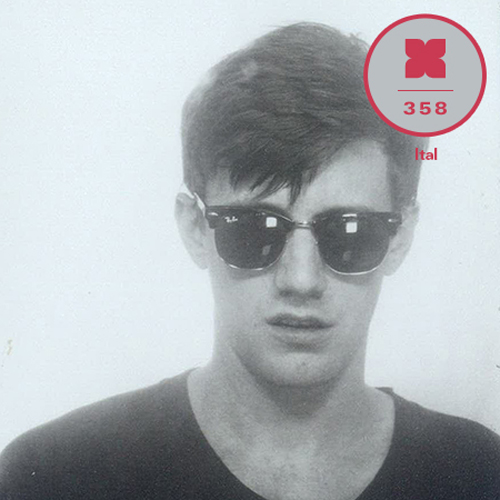 100% Silk alum Ital has a brand new album out very soon (Endgame on Planet Mu), so this exploratory selection of tunes feels timely and particularly weighty. It sounds as if he’s laying out a selection of sounds that are touchstones for the album itself – the molasses-slow house of Newworldaquarium, the grim and austere experiments of Silent Servant, Rhythm & Sound’s fractured dub and Moodymann’s twisted soul. While the influences reach out far and wide (the mix closes on Pharoah Sanders’ ‘Let Us Now Go into the House of the Lord’), it feels grounded by Ital’s very particular vision and it’s well blended to boot. It’s not an easy ride, but it’s one that throws up plenty of answers – especially when viewed as a companion to the excellent full-length.

We’re not sure how we first came across Taipei’s DJ Hulo, but it was probably due to his run of inventive bootlegs, and much like his Sudanim x Drippin x Ryuichi Sakamoto bootleg, Hulo’s Surfaces mix uses scores and soundtracks as its starting point (yet in a different way than Dark0 did earlier in this round-up).

While you might recognize the odd instrumental from something like There Will Be Blood, Un Prophète, Babel or 127 Hours, Hulo uses these nostalgia touchstones and emotional cues as connective tissue between punchy 2-step, jungle and grime, ambience from Egyptrixx and GYBE! and even a Drake remix. Putting contemporary scores in new contexts is a fascinating approach, and undoubtedly more interesting than more ’80s horror score fetishism.

First things first: while the Tumblr-bait gimmick might not work for you, Depressed Teenager’s DJ skills are on point. He’s been dropping these high-concept mixes for a while, and the latest definitely works for us: throwback R&B acapellas over contemporary DJ Mustard instrumentals.

Perhaps it’s commentary on the interchangeability of pop music, but we’d rather just enjoy the nostalgia trip and the ratchet beats simultaneously (the fact that so many of Mustard’s recent beats rely on ’90s dance hits only increases the mix’s ouroboros-like effect). And while ‘No Scrubs’ and ‘The Boy Is Mine’ are go-to favorites, when was the last time you heard Case’s ‘Touch Me Tease Me’? Or — in what may be the opposite of nostalgia — the Neptunes remix of Limp Bizkit’s ‘Nookie’? A simple concept done extremely well.