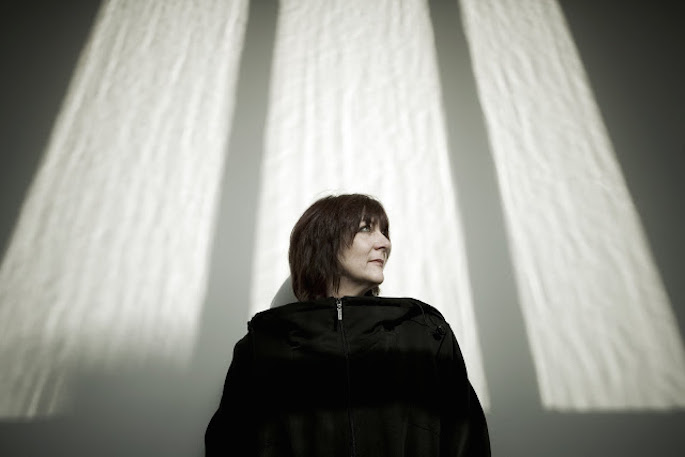 This week’s round-up includes a marathon house session, industrial electro-tica, summery dembow grooves, experimental radio transmissions, fiery club material, and steel-drum rap. There’s certainly something for everyone — if not, you might be reading the wrong site.

To mark their 100th mix (congrats!), the good people at Truants have locked up Ben UFO for a 100-minute mix. Whether with his Essential Mix or his various long-form DJ sets, the Hessle Audio co-founder has proved himself a selector nonpareil, and his Truancy mix is no different.

In the same vein as his Essential Mix, this set eschews the steady build of a typical DJ mix for a more experimental experience intended for non-club/festival listening. “There’s an emphasis on tracks which shift the energy and momentum when they’re played during a DJ set,” he writes, “and, relatedly, I wanted to try and include more experimental music in a way that didn’t seem tokenistic or throwaway.” He certainly succeeded here, toying with tone, tempo and timbre as he jumps from 2562 to MGUN to Low Jack to Actress to Objekt and beyond.

Industrial icon Cosey Fanni Tutti traces a history of dark’n’dirty machine love in this filthy little mix for Dazed, accompanied by a typically thought-provoking interview about her experiences as a model and stripper in the early days of COUM Transmissions.

THE LARGE
2 ON MIX

As we desperately grasp to the last days of summer, we’ll be rinsing the latest mix by Shimmy Shimmy’s The Large as we stubbornly wear short sleeves and sandals despite the approaching cold. Named after her (and our) song of the summer, expect all things dembow: it kicks off with a forthcoming Murlo smash, runs the dancehall gamut (Vybz Kartel, Popcaan, Mavado), features remixes by FACT favorites Rizzla and Dubbel Dutch and climaxes with Four Color Zack’s excellent mash-up of Tinashe’s ‘2 On’ and Jubilee’s ‘JMZ’. And make sure to stick around until the end for a very apropos edit of a ’90s classic.

Aberdeen newcomer T_A_M delivers a fiery mix for Hot Mom USA’s MILFCAST series, setting the tone with UK Funky and Miami bass before laying down his own percussive club creations (that pneumatic ‘Untitled’ one is a beast), instrumental grime via Sharp Veins (aka William Skeng) and drugged-out rap, including Mark Pritchard & Om mas Keith early Hyperdub release ‘Wind it Up’. There’s a brief chance to catch your breath with Fresh Paul’s ‘Whole Load of Work’ but then it’s back to rough-and-ready house and club material. A great intro to an artist we’ve been keeping an eye on, but as the blurb says: “Listen only if you clean up real nice.”

Houston’s Rabit shares another entry in his new experimental mix series, continuing to play outside the ice-cold confines of the instrumental grime of his first releases. Just like the last time around, Pandemic Transmissions III sounds like longwave radio signals being sent from the island in Lost.

This one alternates between experimental fare and street rap bangers, and if you have room in your heart for both, you’ll be set: a screwed-down instructional guide over a ‘Witch Doktor’ drone, Chicago-meets-Atlanta trap rap, Emptyset bootlegged with discussions of corporate mind control, Beanie Sigel, and so on. Rabit’s onto something here.

File this one under “simple concept, executed well.” The pun-tastic name tells you all you need to know about this mix compiled by Skinny Friedman, Moneyworth and Mr. AOK. Steel drum-sampling rap is the order of the day. After the divisive ‘Crank Dat Soulja Boy’ and a couple of like-minded songs, there are forgotten tracks (J-Money’s ecstatic ‘Futuristic Party’), a pair of songs about race relations and a run of Chicago bop before closing with one of the best Clipse/Neptunes collaborations. What it do!?