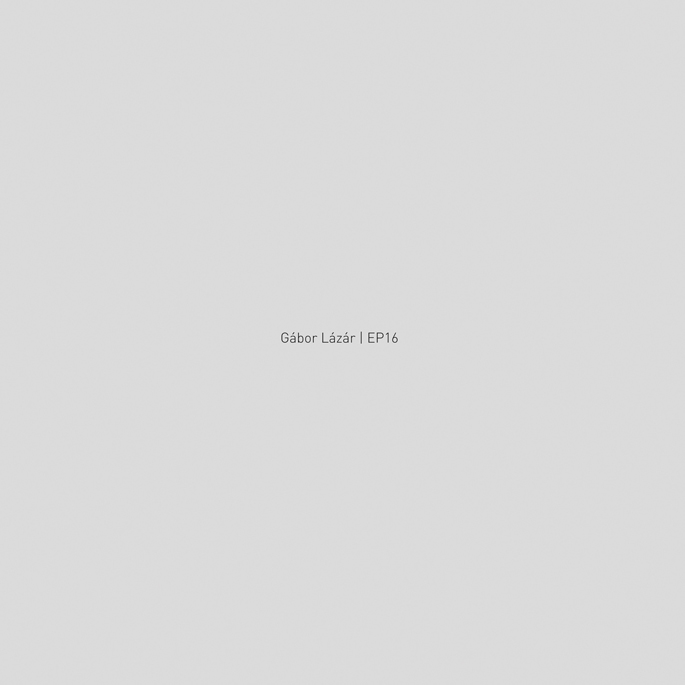 Following a split tape with Russell Haswell, and an album for Lorenzo Senni’s Presto! imprint, Gábor Lázár moves to The Death of Rave for his latest statement.

The Hungarian minimalist shows off his skewed rhythmic modes perfectly on EP16 – there’s no discernible melody, just manic pulses, glitches and comb-filtered hiccups crafted into surprisingly effective chunks. Mark Fell or SND would be a good reference point, so it’s hardly surprising that Lázár is prepping a 2LP (also for The Death of Rave) collaboration with the Sheffield innovator.

If you happen to be in Manchester, you can catch Gábor Lázár performing live alongside Keith Fullerton Whitman and Mark Fell at Joshua Brooks on October 30. Head over to the Facebook page for more info.

EP16 will be released on October 13 via The Death of Rave.