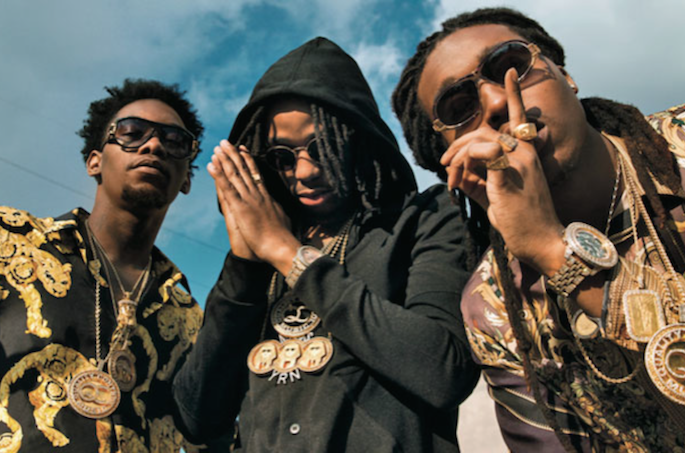 This week’s round-up includes the return of a legend, two very different Chicago rappers, some old-school nostalgia, a trio that’s better than the Beatles and the latest dispatch from Awful Records. 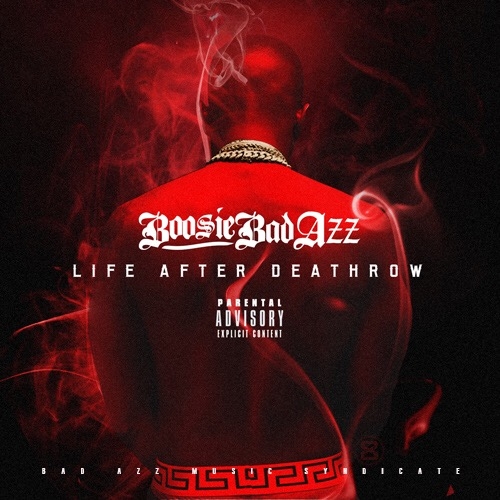 Mixtape of the week:
BOOSIE BAD AZZ
LIFE AFTER DEATHROW

Boosie’s back. The Louisiana legend returns after his long, confusing trip through the justice system with the aptly-titled Life After Deathrow. Boosie’s features have shown flashes of the brilliance that kept his name in the streets during his long prison stay, and the hour-long mixtape is (thankfully) a cohesive effort without the slapdash feel that plagues similar projects.

His time away has left Boosie raw and angry yet clear-eyed, with a chip on his shoulder and his distinct nasal drawl dripping with acid. “Not guilty, the hustler way,” he boasts on the G-funk-nodding intro, before breaking your heart: “Hell of a gift for my momma, your son home momma, Happy Mother’s day.” It’s a pattern that repeats itself throughout a tape that is thoroughly informed by his experiences.

The tapes does a little bit of everything without sounding forced: He does soul-sampling storytelling on ‘Streets On Fire’ and acts as the voice of the streets on ‘Im Wit Ya’ and ‘I Feel Ya’. There’s a suite of R&B-kissed james, with Boosie telling cautionary tales on ‘Gone Bad’ and getting romantic on ‘Facetime’ (with a restraint that makes this one the polar opposite of Alley Boy’s recent track of the same name). He keeps up with the next generation on ‘Young Niggas’ with Shy Glizzy, and toys with chilled-out, “40”-ish production on ‘No Juice’ and the syrup-thick ‘The Fall’. 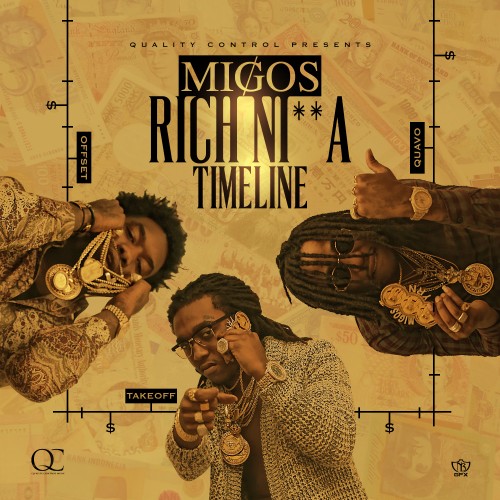 Quavo, Takeoff and Offset return with their second feature-length mixtape of the year, and while they haven’t changed the formula behind Young Rich Niggas and No Label 2, they sound as confident as ever. Their trademarked trip-l-et, trip-l-et, trip-l-et flow is intact, but they occasionally amp it up, double-time style, for a syllable-heavy attack that might just convert hold-outs (or at least fuel the Migos > Beatles memes).

Timeline features tight production by Atlanta heavyweights Zaytoven and TM88 and trap risers Murda Beatz and Cheeze Beatz, but at 18-tracks and 80 minutes, needs the “10 track tapes” treatment. Here are a few candidates: the smokey ‘Hit Em’, metallic epic ‘Story I Tell’, bounce-inflected ‘Nawfside’, R&Bish ‘All Good’ and farmyard-inspired ‘Move’ — here’s hoping cries of “moooove” come to a club near you, and soon. 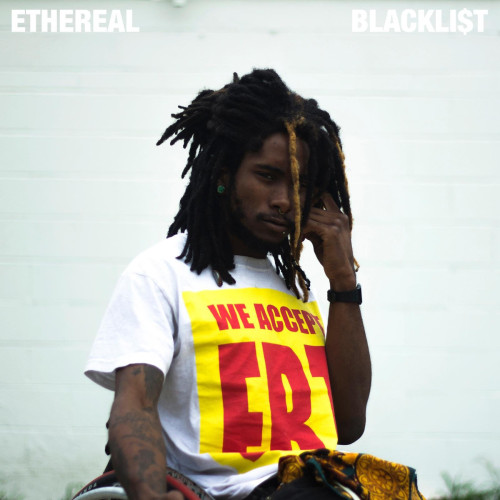 Awful Records talent Ethereal just graced these pages in September with his best-of-the-week Cactus Jack, and he’s back already with Blackli$t, a name-your-own-price offering that assesses “the state of affairs in rap music” and the “dirty politics of the music industry.”

Rather than the delightfully weird beats that animated Cactus Jack, Ethereal has aimed his sampler at classic rap tracks and emerged with smoked-out head nodders that continue the sample-of-a-sample history of hip-hop: ‘World’ samples Nas’ ‘The World Is Yours’, which sampled Ahmad Jamal, T La Rock and Jazzy Jay’, ‘Mask’ samples Three 6 Mafia’s ‘Mask and da Glocc’, which sampled Diana Ross, and so on.

Beyond the meta-appreciation of rap history, Blackli$t is a smooth-as-hell listen. ‘Cash’ recruits R&B siren Alexandra and Awful duo AR for a neo-soul throwback; ‘Li$t’ sees Ethereal trading verses and taking no prisoners with Archibald Slim. Ethereal has one of the deepest catalogs in the Awful crew (if you like ‘Blown’, check out Alexandria’s Rebirth, which he also produced) — and he’s just getting started. 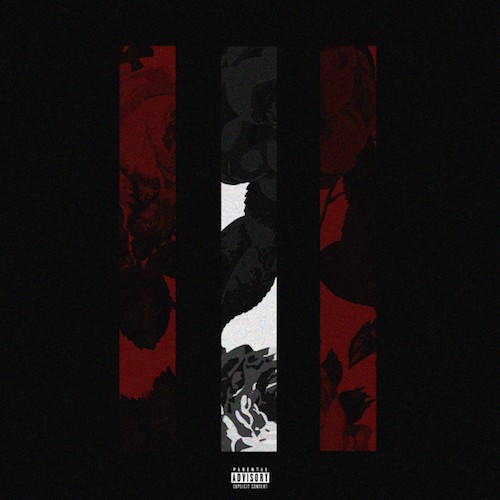 One of Chicago’s most exciting rappers returns with the sequel to this year’s standout effort Tony, a seven-track addendum titled (what else?) Soprano. While it’s not quite cohesive, Louie proves that even his offcut collections are better than most mixtapes on Datpiff.

Stylistically, it’s a grab bag. Like on last year’s Jeep Music, Louie is no stranger to R&B-inflected rap, either on the self-explanatory ‘Sexin’ or ‘Give You That’, which features underrated hometown crooner Leek. ‘M.O.N.E.Y.’ pairs a Moroderesque synth line with an Auto-Tuned melody that sounds like it could have been written by Lana Del Rey — and it works. As for actually sampling, there’s a soulful, Roc-a-Fella-styled throwback on ‘Real Rap Raw’ and a nod to Rihanna’s ‘Pour It Up’ for ‘On My Mind’. As always, we’re left to wonder if Louie will ever have the chance to make a Real Album or if he’ll be stuck in the round-up forever. 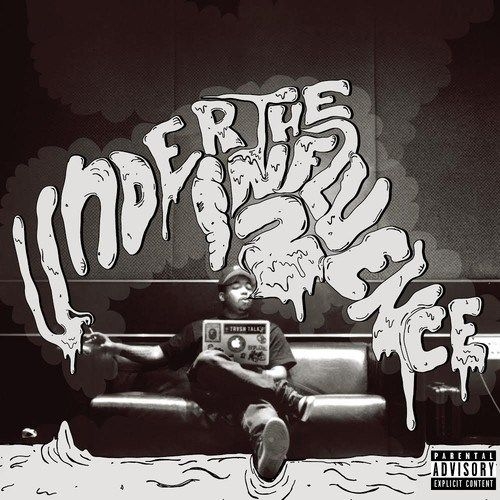 DOMO GENESIS
UNDER THE INFLUENCE 2

Odd Future’s resident weed-smoker returns with his first solo effort in a few years, the sequel to 2011’s Under The Influence. It’s been a long-time since Domo released the Tyler-produced Rolling Papers, and his slow march towards ‘90s nostalgia continues on the rapping-ass-rap-heavy Under The Influence 2.

There’s dense lyricism and lush beats that recalls the Golden Age rap of both coasts, with boom-bap throughout (‘Doms in Vegas’, ‘The Most Subtle Flex Ever’, ‘STRICTLY4MYNIGGAZ’, etc) and a touch of yacht-rock sampling G-funk (‘The Return’ and ‘Full Moon’) as well. A few outliers keep things interesting: ‘Rare Form Doms’ samples both Mike Tyson and ‘Wu-Tang Forever’, while the electric ‘Sundance Kids’ bounces with assists by Left Brain and Hodgy Beats. On ‘Follow Me’, an oft-sampled quote from Foxy Brown wonders “what I’m supposed to do with all this ambition?” We hope next time around, Domo turns his impressive ambition towards the future as well as the past. 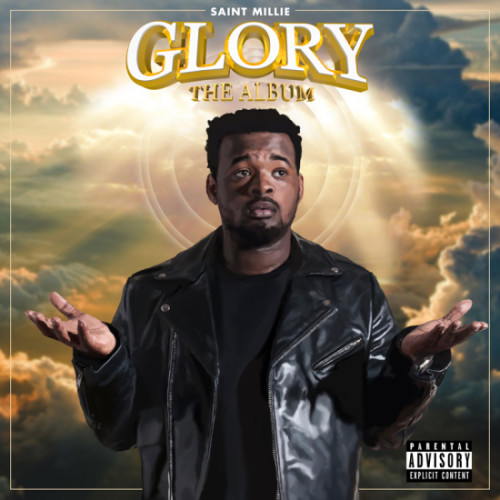 Treated Crew’s Saint Millie delivers his long-promised Glory full-length, and — as he did on The Road To Glory — he refreshes old school hip-hop with a new school approach.

Millie does both personal and political with a malleable flow; he’s seems more concerned with writing songs and telling stories than impressing Real Rap Heads. Production is pristine, with C-Sick laying down classic breaks and virtuosic piano on ‘Let You Know’, Atom Grey providing downcast boom-bap on ‘Sirens’. Kanye looms large: ‘Aim For The Stars’ has a Yeezus-like claustrophobia to it, and ‘Take Me Down’ samples ‘Jesus Walks’.

That’s not the only sample: OutKast’s ‘You May Die’ is the basis for a track of the same day, and in what may be the tape’s best moment, ‘Money Motivation’ turns Coldplay’s ‘Trouble’ into radio rap gold.