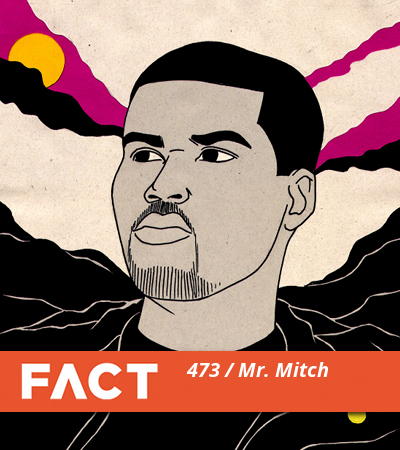 Not in person, of course: the Gobstopper Records founder and part of the quartet behind crucial grime night Boxed is pretty soft-spoken, with the odd late night tweet about Appletons Rum about as outrageous as he gets. But musically, he’s full of the stuff, and his debut album Parallel Memories, released today on Planet Mu, is spectacular in its sadness.

For all the talk of a grime resurgence this last 18 months, to tie Mitch in with a revival sells him short. His Gobstopper label was an outpost for high-quality grime records (Deset, Moony) in the so-called doldrums of 2009-2011, and Bloom’s ‘Quartz’, released on the label in 2012, was a crucial reference point for the dismantled grime of producers like Rabit and Mumdance.

As grime has regained its traction, Mitch has continued to look left as others look right, creating quiet anthems with his ‘Peace Dubs’ – a series of melancholic edits made in reaction to last Summer’s war dubs. With Parallel Memories, he develops this style across 12 mournful originals, reflecting – sometimes wordlessly, sometimes with memorable vocal samples – on love and loss. Writing in FACT today, Angus Finlayson calls Parallel Memories‘ tracks “artful, delicate things, rarely saying more or less than they need to.”

DJing, Mitch is more than capable of killing a club – see his appearances on Boxed’s Rinse show, or his segment of the Boxed Boiler Room for proof – but his FACT mix runs in parallel (ahem) with his album, tapping contemporary producers (Rabit, Strict Face, Sharp Veins) and classic grime acts (Mizz Beats’ ‘Saw It Coming’ instrumental, Ruff Sqwad’s Rapid, plus a Cashmere Cat and Ariana Grande collaboration that’s effectively a ‘Ghetto Kyote’ tribute piece) acts for some of their saddest moments.