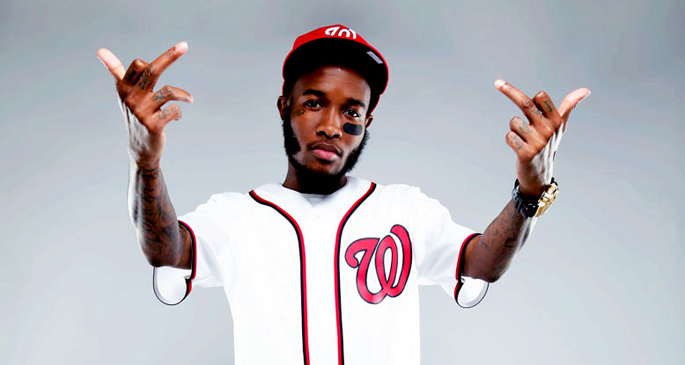 We’ve already had to pick our favorites of the year, but mixtape releases don’t care about end-of-year coverage. Since we last rounded them up, ‘U Guessed It’ star OG Maco, DC riser Shy Glizzy, sadboy Little Pain and more dropped impressive full-length efforts. 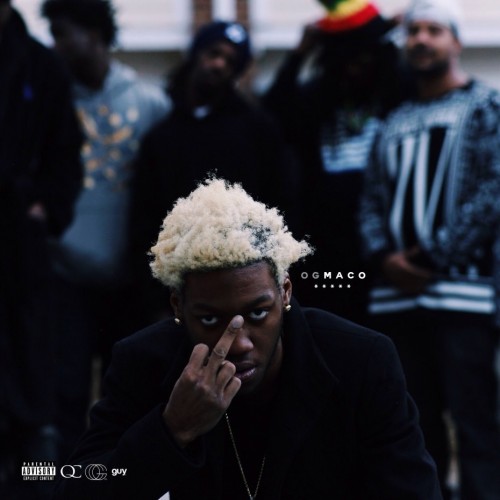 OG Maco caps a breakthrough 2014 with his fifth (and best) project. The ‘U Guessed It’ star’s urgency and intensity are unmatched in rap (and elsewhere), he shouts and screams clawing their way out of his throat, his raps punctuated by whoops, hollers and “OGG” ad-libs. But he’s not a one-trick pony: in quieter moments, his languid rasp sounds like Gucci, and he’s no slouch as rapper, spitting rapid-fire double-entendres on ‘Seizure’.

The EP finds new life in the trap template, its producers infusing tracks with an epic quality, whether it’s with a synth orchestra on ‘Lets Get It’, an opera sample on ‘Undefeated’ or ear-worming piano melodies via Brandon Thomas. Along with members of his OGG crew, fellow rough-voiced Atlanteans ManManSavage and Zuse feature; 2 Chainz jumps on the remix of ‘U Guessed It’ (the original is still the best).

At 15-tracks and an hour-long but without an ounce of fat, OG Maco outstrips its “EP” designation; the distinctions between album, EP and mixtape are nearly obliterated in rap’s digital age. Maco certainly gets it, dropping the best drug game / rap game analogy ever on ‘Human Nature’: “this tour bus is my new trap / Logic Pro is my new stove / Soundcloud is my new scale.” 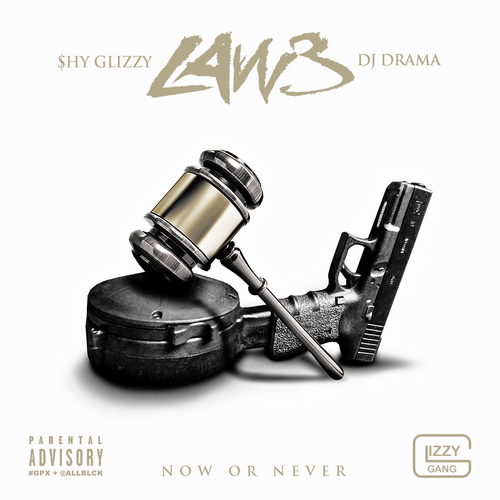 DC riser Shy Glizzy teams with DJ Drama for his third Law mixtape (Do we still need mixtape DJs in 2014? Drama’s corny contributions feel really tired). For his part, Glizzy returns with the same syrupy trap menace that is perfect for grey days this rainy, cold winter. Over beats by Zaytoven, Young Chop, KE on the Track, and more, Glizzy delivers a mix of street savvy, youthful arrogance and touching detail with a sense of melancholy melody.

It can be a bit one-note — this year’s ‘Awesome’ is followed by ‘Legend’ and a ‘Cocky’ — but he still has a sense of all things heartbreaking. He proclaims “I’m just trying to see my next birthday” on ‘Better Days’, but really goes for it on the gospel-tinged ‘Funeral’. There’s something deeply sad and poignant powerful about a young rapper boasting about his funeral, and Glizzy pulls heart-strings with the best of them: “I’m thinking ’bout my granny, her name is Ann / just lost her daughter and her son did not become a man / goddamn, everybody love Ms. Ann / but she’d admit there’s so much pain that she don’t give a damn.” 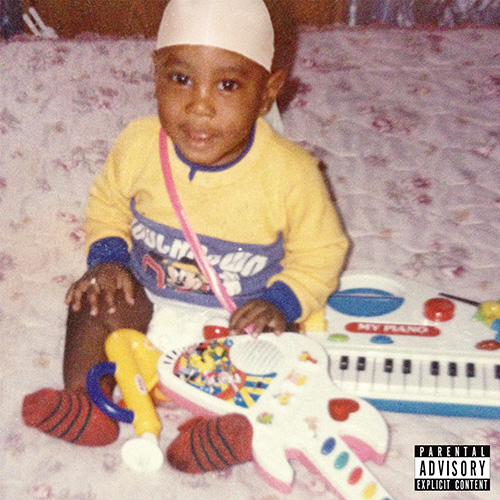 At this point New York MC Little Pain has moved past the hype-fuelled sad boy tag he’s been saddled with since his debut. His outlook is more widescreen and more refined than Yung Lean’s, and on his sophomore tape L.I.T.T.L.E. he reveals a hand that’s weird, woozy and urgent; it’s not even all that sad at all. He’s called in assistance from the right group of collaborators too – Bay Area prince ISSUE pops up for the aptly titled ‘Issue’ (which samples Aphex Twin’s ‘Icct Hedral’), and there are killer appearances from ascendant Boston rapper Michael Christmas, Kool A.D., Antwon, Lofty 305 and more.

It’s to Pain’s credit that he manages to hold things together here – L.I.T.T.L.E. is a bizarre, dramatic statement from the first few bars (just listen to opener ‘L.I.T.T.L.E.’) and while it can be a little uneven by its very nature, it’s a constantly intriguing portrait of a rapper who continues to grow and isn’t afraid of experimenting. 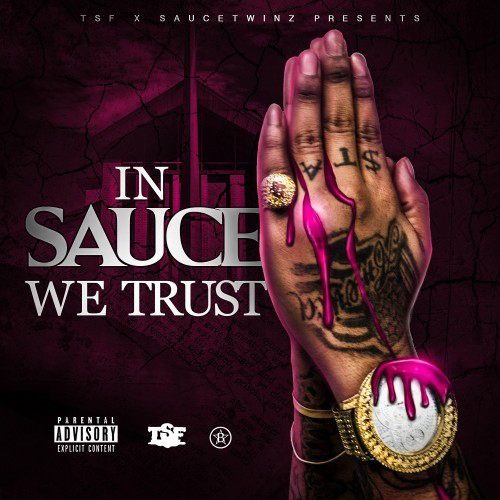 SAUCE TWINZ
IN SAUCE WE TRUST

Houston’s back in action here with Sauce Twinz latest In Sauce We Trust. Don’t beat yourself up if you haven’t stumbled across ’em before mind you – they popped up in July and since then have claimed the Houston club scene as their own, rising in status quickly and assuredly. Certainly the tape sounds unusually assured considering their history, and Sancho Saucy and Sauce Walka complement each others flows with an enjoyable fluidity. From the endlessly quotable Gucci-esque ‘Cheese’ (“Cheese, cheese, cheese/bitch I need my cheese”) to the bombastic ‘Cannot Believe It’, there’s a sense that Sauce Twinz possess an authenticity and effortlessness that their peers struggle endlessly to attain. Watch this space, you won’t be disappointed. 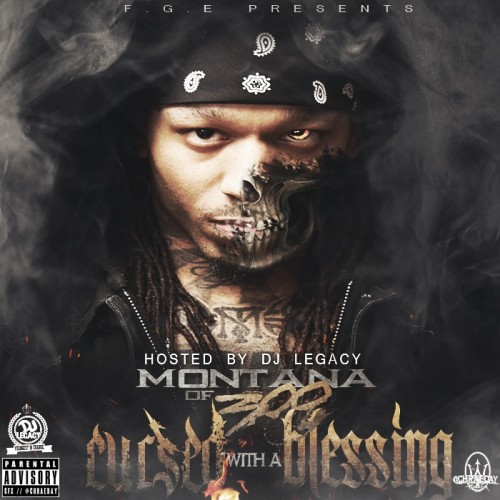 MONTANA OF 300
CURSED WITH A BLESSING

Chicago’s Montana of 300 is making waves in his hometown with ‘Ice Cream Truck’, a deceptively catchy track that compares drive-by shootings to an ice cream truck with a sing-song flow reminiscent of Chief Keef, DJ Nate or Sicko Mobb. Montana is on the more melodic and verbose end of the Chicago rap spectrum, drawing from drill, bop and beyond, and Cursed With A Blessing flashes her versatile.

The tape starts off pretty dark, with Montana rapping “I ain’t got no beef because I done murdered all my enemies” over the horror-score piano of ‘Slaughterhouse’. The aforementioned ‘Ice Cream Truck’ is as dark thematically but sets the tape’s tone: Montana’s streetwise storytelling fused with ready-radio songcraft. The R&B-laced ‘All I Ever Wanted’ is the best example, as he raps a familiar get-out-of-the-hood tale but shares memories of “roaches on the ceiling and not having enough plates to feed his siblings. And while he has a tendency to over-rap, there are enough surprises here to keep us interested: a sex jam where he warns his girl not to wake his kids; a reworking of R. Kelly’s ‘Ignition’ melody on ‘Real Long’; the exuberant club-ready drill of ‘Planet of the Apes’ and more. 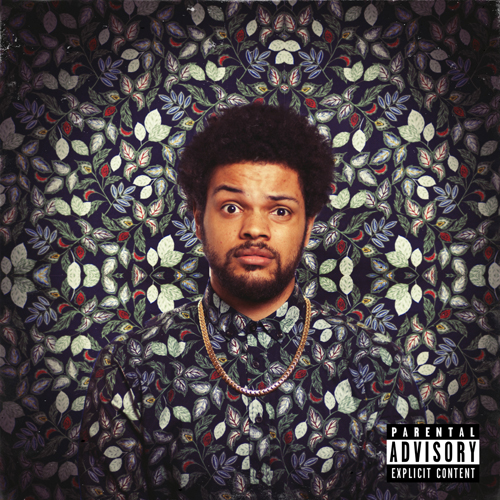 It’s a shame that in 2014 it’s such a rarity to match performers to producers and create a relationship that sticks. Now it’s much more common for rap releases to be made up of a patchwork of tracks from a variety of bedroom beatmakers, which is why Boston rapper Black El’s debut mixtape is such a breath of fresh air. The majority of the tape (one track goes to SXMPLELIFE) is handled by local producers Durkin and Victor Radz, and their vision matches Black El’s smooth lyricism remarkably well.

The coherence reminds of the early days of Tribe or Gang Starr, and when all the elements join together in harmony – the urgent ‘Pac Paranoia’ is a particular highlight – it gives us hope that there are still artists out there willing to perfect their craft rather than throwing everything at the wall and seeing what sticks. 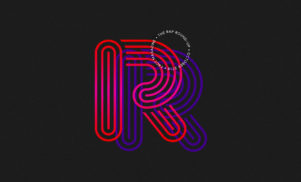 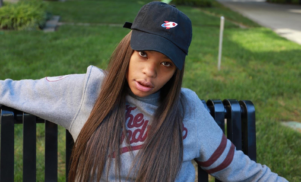 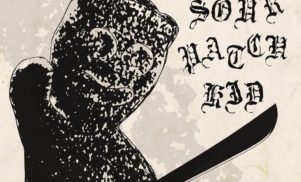 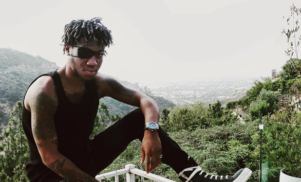 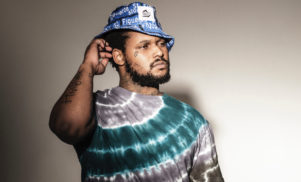 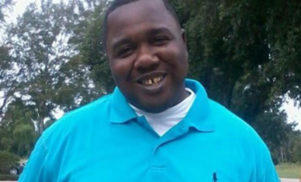 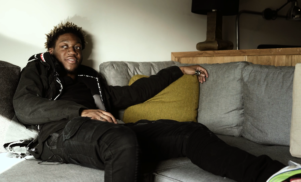