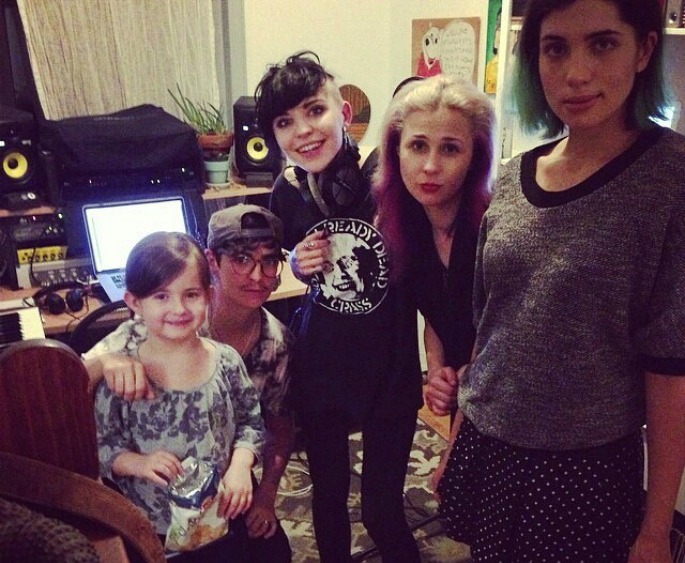 Riot grrrls past and present form a dream team.

Pussy Riot’s Nadya Tolokonnikova and Masha Alyokhina are planning a collaboration with JD Samson of Le Tigre and MEN.

Speaking to NME (in the print edition), the Russian activists, who were formerly imprisoned for their ‘punk prayer’ protest in a church, clarified that they’ve been working on new music and videos with JD Samson of Le Tigre and MEN.

For now they plan to work on shorter projects, said Tolokonnikova: “Maybe at some point in the future we will do an album, but right now we want to make videos.”

It’s a match made in heaven. In line with their planned collaboration, the Pussy Rioters turned up at the big Vice bash last week for a performance of Le Tigre’s ‘Deceptacon’. Samson has also shared a photo of them all in her studio, which as Pitchfork points out was originally posted by Le Tigre’s Johanna Fateman.