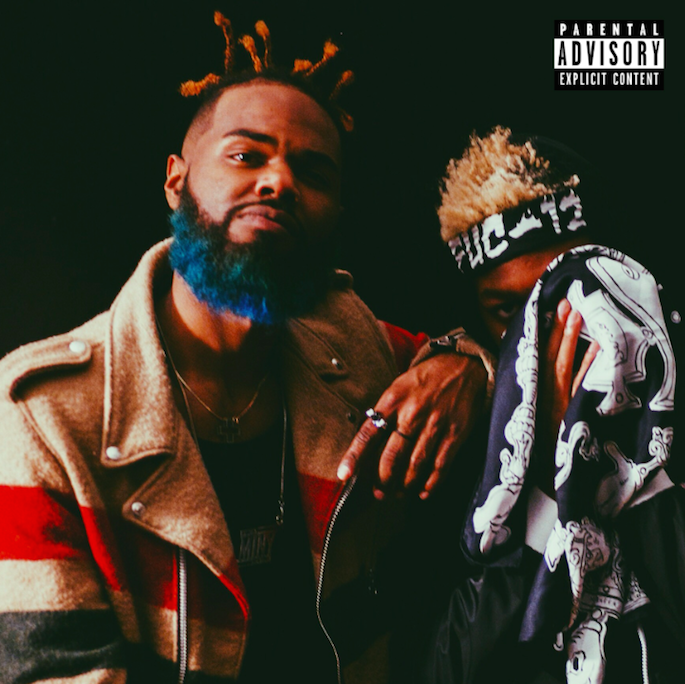 For the first round-up of the year, we’re including a few standout efforts that dropped late last year, with FACT favorite Kevin Gates, Zuse, Lil Herb, Rome Fortune and more along for the ride.

This one is a few weeks old at this point, but we couldn’t bear to post a round-up without including it. Gates returns with a sequel to his breakthrough mixtape and does not disappoint, his take-no-prisoners lyricism and trademarked take on mafioso rap are as hard-hitting as ever.

Gates has a few modes, and he touches on each across the tape’s 18 tracks. Early on he turns his motto into a synth-kissed anthem on ‘I Don’t Get Tired’, with an assist by thug-crooner August Alsina; disregard his “don’t find interest in the radio” statements — his codeine-dosed hooks are radio-ready.

Out of all the Atlanta rappers that had a strong 2014, Zuse feels like the most under-appreciated. Maybe that’s down to his unusual fusion of Jamaican dancehall and slithering, FKi-fuelled trap – not the easiest sell in the US, and no-doubt jarring to uninitiated listeners – but judging on the standard of Illegal Immigrant interest is set to surge.

His hoarse cadence can be noticed a mile off, and he takes control of the tape quickly, asserting his island-cut elastic vocal gymnastics on ‘Tell Ya Bout It’. “Bombaclaat,” he shouts over a lurching, familiar plucked bass sample, showing sharply and effectively just how different he is from his peers. This ain’t another tired set of Gucci worship and trap chest-puffing, it’s something grit-caked and deliciously abrasive.

Zuse doesn’t slide neatly in with his old HPG crew (Young Thug, Ca$h Out etc) or lo-fi post-Lil B new wavers Makonnen, Key! and Awful Records, but his sound is no less urgent. Whether he’s on an aggressive near-dancehall tip (‘Me Nuh Play’) or experimenting with near-ambient smooth grooves (‘Oh Mama’) there’s a sense that Zuse is just about to crack an audience that will actually understand what he’s trying to do. If he manages to continue the level of quality shown here over 2015, we’re going to be in for a very good year.

2014 was Rome’s for the taking, but as the year drew to a close it became clear that the part of ATL weirdo-du-jour had already been snapped up by Rome’s occasional collaborator iLoveMakonnen. Here, Rome carries on regardless, linking up with fellow Atlantean OG Maco who shot to notoriety after rustling together the ubiquitous and brilliant ‘U Guessed It’.

The two have a clear chemistry that’s impossible to ignore and Yep is the sound of two innovative rappers enjoying the process. They stomp through genres as easily as most rappers cut through generic trap beats, and that’s as refreshing as it is rare. Yep is a place where one track can sound like a parallel-universe Kid Cudi (‘Pearls’) and the next can settle you right back in the strip club with a basket of wings and a stack of singles (‘Yep’) and yet nothing sounds forced or hokey. Rome’s had plenty of collaborations over the last couple of years, but we’re hoping that his session with OG Maco wasn’t just a one-time deal.

Chicago’s Lil Herb (we’ll choose to avoid the G Herbo moniker until absolutely necessary) is probably best known for guesting on Nicki Minaj’s popular 2013 anthem ’Chiraq’, but instead of cracking the mainstream – which in all honesty he absolutely deserved – Herb’s assertive verse seemed to fall on deaf ears. Last year’s Welcome to Fazoland was a weighty tome, an ambitious mixtape that was better than most ‘proper albums’ (if that distinction even still exists) and while it certainly swelled his throng of supporters, he remains a distinctly underground concern, and maybe that’s what he’ll always be. Certainly Pistol P Project only serves to reassure that fact, and while it doesn’t have the ambition of its predecessor it’s another reminder that he’s one of the best young rappers the windy city has to offer.

Eschewing his peers’ sing-song hooks and wealth of guest spots Herb keeps things simple, sticking to a formula of stark beats and growling, fat-free and decidedly competent rhymes. When guest rappers do eventually appear they’re well picked and pointed – fellow Chicago spitter Katie Got Bandz drops in for a killer verse on the Childish Major-produced highlight ‘Money’ and Atlanta’s Zuse trades bars on the excellent ‘4 Minutes of Hell Part 4’. Like Fazoland before it however, the best moments of Pistol P Project hint at Herb’s ability to mirror the gravitas of some of the 90s most important emcees. Just flick over to ‘Real’ which fondly reminds of a young Hov, thirsty and competent, waiting for the inevitable to happen.

Chedda Da Connect is another rapper on the rise in the Houston scene, and his Catchin Plays 2 is his first full project since dropping the anthemic ‘Flicka Da Wrist’ over the summer. The mixtape is 15 slabs of syrupy, spacious Houston rap with plenty of memorable-if-simple hooks.

There are plenty of Future-istic vibes (‘Trap Bitch’); Chedda boasts with the best of them (‘Dunk On Em’, with Houston legend Bun B) and interpolates YG’s Drake-assisted ‘Who Do You Love’ with smooth results. Catching Plays 2 is a rewarding glimpse of the city’s Sauce movement — just check out ‘Sauce’, featuring Rodji Diego and Sauce Walka of fellow risers Sauce Twinz — and is probably worth a download for ‘Flicka Da Wrist’ (even if it was our second favorite about wrists in 2014).

Even if you don’t know him by name, you’ve definitely heard the music of Brandon Thomas in the last year. The Atlanta producer has crafted his distinctly sparse bangers like OG Maco’s ‘U Guessed It’. Good Things Take Time Vol. 2 collects his latest material in one place before what is sure to be a breakthrough year.

Thomas’s haunting piano riffs, subwoofer-rupturing bass and hypnotic grooves animate all 10 tracks. Frequent collaborators OG Maco and ManMan Savage are featured on the standout tracks, but newcomers RoxanaPicassa, K-Rucka and Ricochet also get in on the full-throated rap game. But the title is instructive: we expect something major from Thomas in 2015 — this just might not be it.