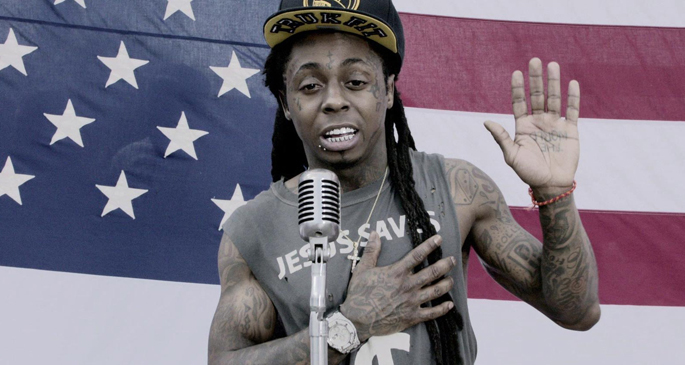 This week, we explore whether or not Lil Wayne still has it, how much material Mr Muthafuckin’ eXquire has in the vault, and why we’re still talking about Trinidad James in 2015. 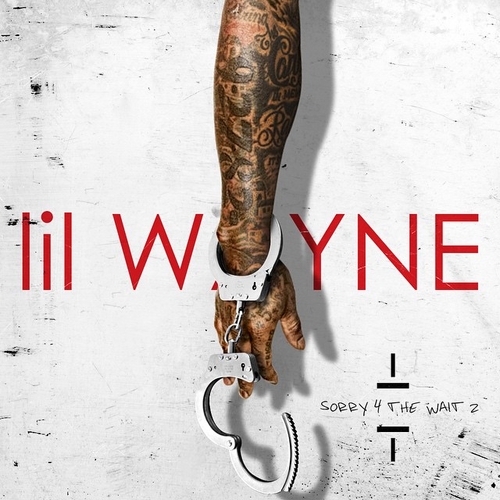 Over the last year, Lil Wayne has proven that his rapping ability hasn’t been snuffed out by strong weed, cups of lean and too much time on the half-pipe; his appearances on songs like ‘D’usse’, ‘My Nigga’, ‘Senile’ and ‘Face Down’ show glimpses of the best rapper alive. What has been in question is his sense of what makes a song or a hook memorable (e.g. the abysmal ‘Start A Fire’), skills needed to finish long-promised albums.

Sorry 4 The Wait 2, Wayne’s latest effort to tide fans over until the release of Tha Carter V, doesn’t change the conventional wisdom. Whether he’s inverting the baking soda bombast of ‘Coco’ and taking shots at Cash Money, laying down lines like “I’m a verbal disease, I’m allergic to me / Been a turd on these streets since my curtains was sheets” on ‘Shit’ or remaking ‘Drunk in Love’ with girlfriend Christina Milian, Wayne still has it.

Freestyles of ‘Hot Nigga’, ‘Try Me’, ‘Tuesday’ and ‘U Guessed It’ are solid (if a bit late); it’s the originals that seem half-baked. Even Drake and WondaGurl can’t save ‘Used To’, a song saddled with Riff Raff bookends; ‘No Haters’ and ‘Admit It’ don’t fare well either. Maybe Birdman knows what he’s doing, after all. 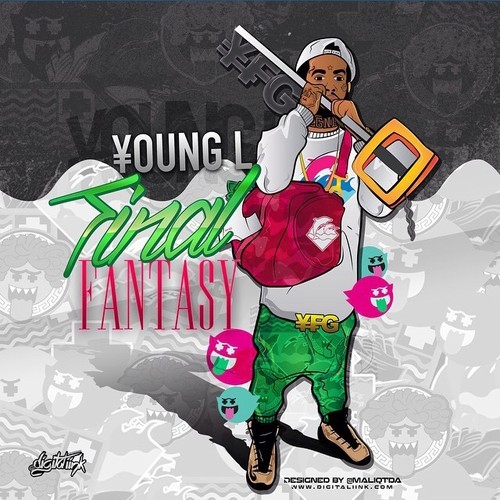 Spare a thought for Young Legend; while his fellow Pack-member Lil B has been elevated to cult status, Young L has remained mostly under the radar. Despite a string of enjoyable mixtapes, Young L’s syrupy, sentimental style has been more influential than it has been popular, but he probably doesn’t care much at all. He’s been busy helming successful clothing imprint Pink Dolphin, and the mixtapes are still coming thick and fast.

Final Fantasy continues L’s well-worn themes and does so with his usual shy charm. There aren’t any lurching trap monsters here, rather L conjures up a shimmering, romantic mood with weepy numbers like ‘Hometown’ and ‘Still’, leaving room to get darker on ‘Doors Open’ and ‘U Know What I Mean’. The real highlight is hearing L team up with Lil B once again on ‘Slam Dunk’ – it’s not a Pack reunion, but it’s probably as close as we’re likely to get for now. 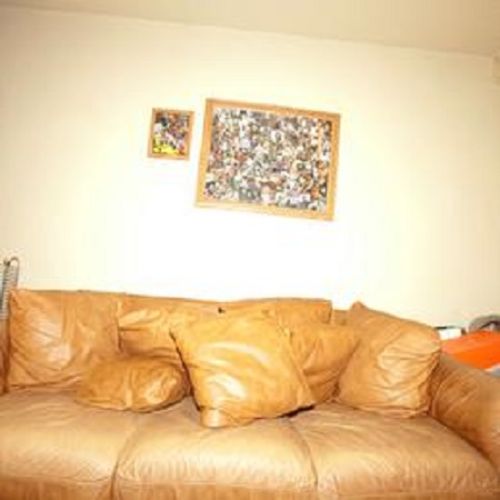 You spend an entire year waiting for a Mr Muthafuckin’ eXquire tape and then two come at once. It was 2013 when we were treated to eXquire’s excellent Kismet, so it makes sense that he’s been racking up the goods, but instead of dropping a 70-minute monster of a tape, he’s split his archive of tunes into two bite-sized records. The first is a follow-up to 2011’s Merry eXmas & Suck My Dick and the second a collection of unreleased loosies that had no doubt been gathering dust.

Live from the Danger Room finds eXquire joined by various members of his Peel Off Passion crew and is certainly one for the heads. Those of you sick of the state of contemporary rap will no doubt be pleased to know that eXquire and his associates bring to mind fond memories of prime-era Wu-Tang, Kool Keith and occasionally (ahem) Necro. There’s nothing particularly new here, but it hardly matters when the quality is so universally high.

Merry eXmas & SMD 2 sounds like more recent material, and is definitely less of a patchwork, finding eXquire scratching an experimental itch and weaving in fragments of narrative throughout. The scene is set by a memorable Game of Thrones sample, and we’re launched into a barrage of slippery, gloomy sounds and knowing lyrical touches. Thundercat-produced ‘Embrace Your Crazy’ is an early highlight, with eXquire rapping double-time to keep up with Thundercat’s pounding kick; elsewhere ‘Day of Future Past’ sounds like a parallel-universe DOOM, and ‘Everybody Loves You’ drags us into spiraling psychedelia. It’s a smart cacophany of sounds, influences and ideas, and we’re dying to hear what eXquire’s got planned next. 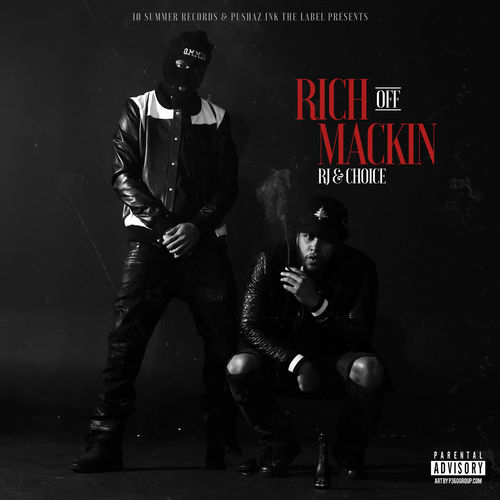 Rich Off Mackin wastes no time setting the scene, kicking off with a Blaxploitation sample, a DJ Mustard beat and the line “Poppa was a pimp and momma used to ho and strip.” This is the mixtape for anyone looking for a better successor to YG’s My Krazy Life than DJ Mustard’s uneven 10 Summers, with the cultural touchstones of Freddie Gibbs and Madlib’s Piñata.

The sinewy RJ (who impressed in spot duty on My Krazy Life) and the clear-throated Choice (aka Royce the Choice) complement each other wonderfully. Neither the pair nor guests like IamSu!, Casey Veggies and Que are slouches on the mic; Mustard and his crew of disciples are in fine form, too. The tape doesn’t wear out its welcome at 15 tracks, and when the ratchet formula starts to go stale, there’s the smooth G-funk of ‘Do It’ and the punchy ‘Money Calling’ to mix things up. 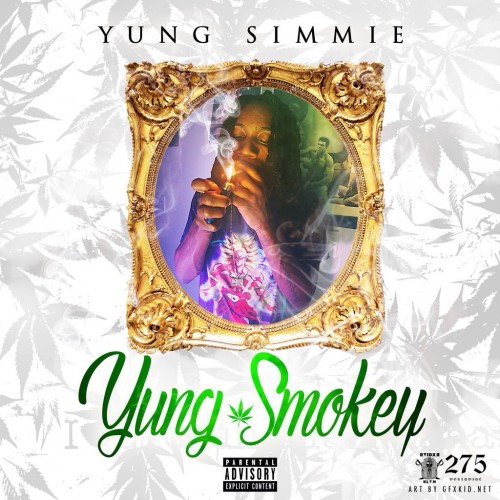 Raider Klan’s Yung Simmie has never been the collective’s most celebrated rapper, but he’s nevertheless a reliable part of the picture, as his new tape Yung Smokey illustrates yet again. The main draw here is undoubtedly the production – handled by PurpDogg, DJ Smokey, Loui Haze, YoungIceyBeats and Simmie himself – and those of you familiar with Raider Klan’s throwback Memphis steez won’t be surprised by the tape’s molasses-slow, trunk rattling sound. Simmie’s lackadaisical flow trundles well alongside, more or less, and occasionally he rises to the occasion with a zinger or two. Fellow young Miami-based rapper Cashy is a welcome voice, and pops up on two of the record’s highlights – ‘Popeye’ and ‘NBA’ – his strained, almost hysterical flow is a good foil to Simmie’s THC-addled slog, highlighting the fact that he’s someone worth keeping an eye on this year. 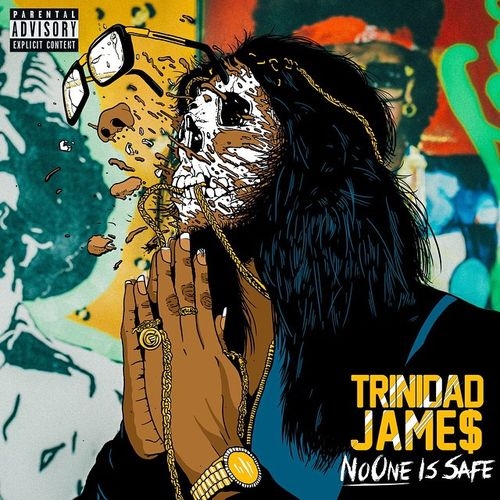 TRINIDAD JAMES
NO ONE IS $AFE

We didn’t think we’d still be talking about Trinidad James in 2015, but here we are. James seems to have joined the long list of millennial rappers that have prospered despite being dropped by major labels. However, unlike like Chief Keef, whose label freedom has led to a period of renewed creativity, James has used the opportunity to reemerge as an Atlanta ambassador.

James is often the most forgettable part of No One Is $afe: the hole in a donut comprised of Atlanta’s young new stars. DJ Spinz, Brandon Thomas, Peewee Longway and Offset pop up in the credits, but their contributions are fine but don’t outpace what they’ve done elsewhere. The outliers are ‘H.O.M.E.’, which features one of Makonnen’s strongest hooks yet, and the sludgy ‘ALLAU$’, which sees James feature and crib from the ascendant OG Maco.

As expected, there are some head-scratchers: we skip any tracks with Lil Debbie on them — no matter how fun the beat — and James’ forays into pop (‘My Rule$’) and dance (‘T Jame$ Expre$$’) don’t quite land. At least with the latter, he can try to get some more of that ‘Uptown Funk’ money.