Featured Stories I By John Twells and Chris KellyI 27.02.15 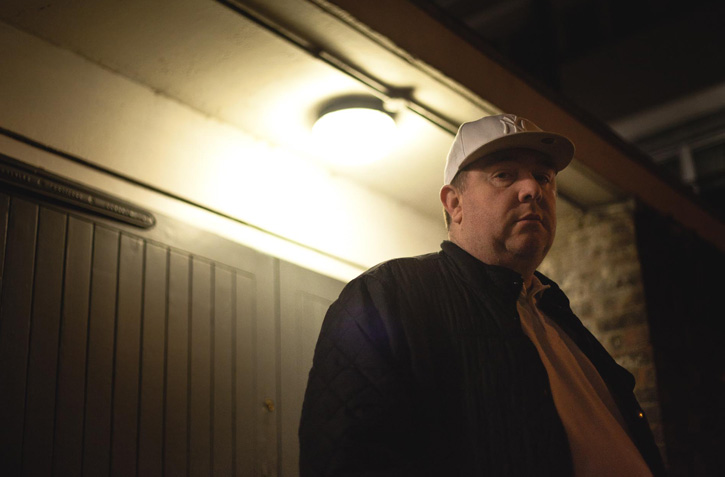 This week’s haul includes a nostalgic set of classic jungle from one of the scene’s most well-known characters – a mix that’s especially relevant with the news that legendary London store Black Market has closed – a selection of Memphis-influenced electronic music, some noisy material from the Diagonal camp and a mix we’re labelling “outsider Ibiza” – make of that what you will.

As the founder of Rinse FM, Slimzee has already done his bit for British music. The man’s a world-class DJ with a collection of tunes that would make the most voracious collector blush, so the promise of him dropping together a selection of vintage jungle classics is too good an opportunity to miss. It doesn’t disappoint either, and whether you’re a head who already worries about their floor buckling from the weight of over-burdened Expedits chock full of white labels or an intrigued outsider looking for the right road into a sound that’s influenced so much music in the last couple of decades, you need listen without delay.

The long shadow of Memphis rap still looms over hip-hop and electronic music; this current renaissance has been going on for about five years. Still, we can’t get enough of the type of grave-digging fare popularized for the group formerly-known-as Triple 6 Mafia, and judging by his set for 10DEEP, neither can Brooklyn-based club producer-to-watch Neuport. Rappers unafraid to walk on the darkside — whether from Memphis, Atlanta, Chicago or even Paris — dominate the mix, which occasionally shifts focus from the trap to the dancefloor with equally macabre results.

One half of Welsh Crazylegs duo ISLAND, the elusive DJ J makes body-jacking deep house, filtered disco and soul-kissed garage, like Trax On Da Rocks for 2015. His mix for Crazylegs’s Radar Radio takeover is 30 minutes of sunshine: no nonsense and no tracklist of — dare we say — outsider Ibiza.

Diagonal co-owner Jaime Williams is performing at Berlin’s Contort this weekend, and to celebrate he’s plonked together a sequence of the kind of tracks you’d expect to hear from someone who spends his days curating one of London’s weirdest and most-rewarding labels. Throbbing Gristle, Truss, Mica Levi, Regis – the tracklist looks like FACT’s Christmas list; needless to say, it’s an easy sell around these parts.

Eurovision might be a few months away, but this mix has our looking back to 2013 — specifically, FACT’s Alternative Eurovision, which was won by Lithuanian producer Boyfriend. The Vilnius-based talent has stayed busy over the past few years, and he thanks his fans with a late-night mix of house, techno and even Bob Dylan.

Anyone expecting a regular mix here will be pleasantly surprised – instead of just stitching together a bunch of imminently-breaking club whites, Murlo has combined a selection of dancehall instrumentals with a bunch of his own unreleased tracks and invited vocalist Gemma Dunleavy (who collaborated with him on the recent ‘Jasmine’) to lavish a handful of the tracks with vocals. The resulting collection plays more like a mixtape than it does a free mix, and comes highly recommended for anyone interested in a mix that challenges your expectations.