This year the Spaces composer declared March 29 to be ‘Piano Day’ and marked the occasion with a new album recorded on what will be, when it’s finished, the world’s tallest piano – its longest string stretches to around three metres. Solo comprises eight gorgeous piano motifs which were improvised in one sitting; a portion of all the sales will go towards completing the Klavins 450 piano project. 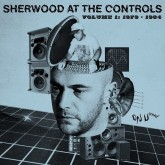 The first release in On-U Sound’s big reissue campaign shines a light on dub scientist Adrian Sherwood’s connection with 80s punk, funk and mutant disco, compiling his remixes of The Slits, The Fall, Little Annie, Prince Far I and the like. Six of the tracks have never been released before and the double LP includes detailed sleevenotes for the diggers – a piece of history! 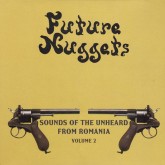 Future Nuggets gathers its second collection of groovy synthetic treats from an under-charted realm. With eastern scales filtering into many of the tracks and an all-analogue, vaguely kosmische sensibility running throughout, this Romanian compilation sounds vintage and futuristic at once. 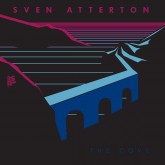 London producer Sven Atterton makes his debut with this silky and sophisticated twilight delight which nods to the Nordic take on Balearica with added funky swagger provided by copious amounts of slap bass. 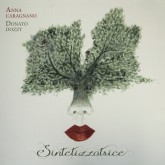 The masterful Donato Dozzy moulds the voice of singer Anna Caragnano into myriad different styles on this unapologetically ambitious double album. In the lineage of vocal experiments like Björk’s Medulla and Katie Gately’s Pipes, Sintetizzatrice works with no additional instruments, just layers and layers of the same incredible set of lungs. The progtastic album cover makes the vinyl edition essential.