James Blake and Frank Ocean are touring the UK this week

James Blake has invited Frank Ocean as a guest on the 1-800 Dinosaur tour of the UK.

The tour starts tonight – yes, TONIGHT – at Lakota in Bristol and continues tomorrow (April 10) at Manchester’s Roadhouse, rounding up in London on April 12 at a venue to be announced. Check the flyer below and start panicking/planning accordingly.

Ocean is on the bill as BOYSDON’TCRY, the phrase he’s used to tease his forthcoming album and magazine, due in July. Blake’s new album Radio Silence is expected sometime this year.

Other guests on the tour include Trim, Airhead, Dan Foat and Klaus. [via Pitchfork]

Update: Blake has stated via his Facebook page that Ocean will not in fact be performing with him.

He wrote: “We’re on a 1-800 DINOSAUR road trip, putting on club nights and documenting the weekend for the BoysDontCry Magazine.” 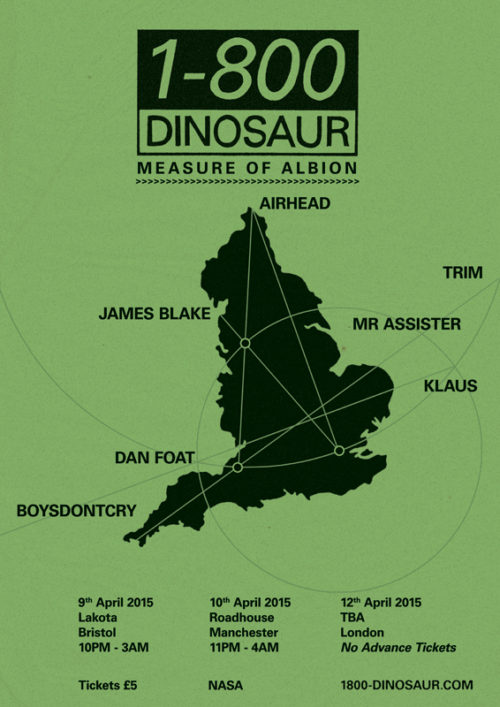