A new photo hints at a release date and an album title.

Frank Ocean‘s highly anticipated follow-up to 2012’s Channel Orange will be out later this year. The R&B artist shared a photo on his website along with a few teasing hashtags, suggesting that the record will be out this July and titled Boys Don’t Cry.

A rep for Ocean later confirmed to Billboard that we can expect both a new album and his own publication, as seen in the photo.

No music has surfaced from Ocean yet. Last November a track leaked titled ‘Memrise‘ and in December he was in the studio with Lil B. 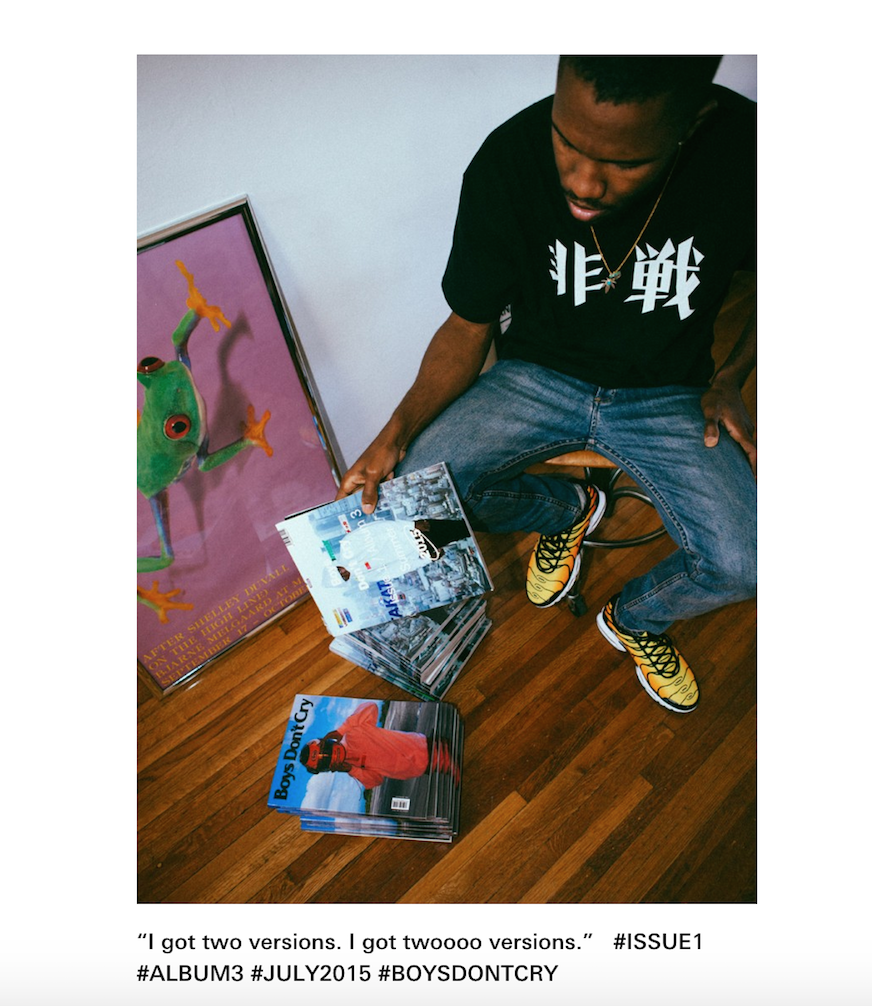