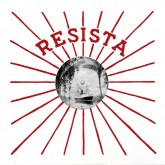 Better known as the disco edit duo of Black Cock co-founder Gerry Rooney and Quiet Village member Joel Martin, Velvet Season & The Hearts Of Gold return with a killer plate for Resista. As you’d expect from artists with such a pedigree, ‘Long Black’ and ‘Love Generation’ are a pair of longform disco odysseys with cosmic touches that go well beyond the usual edit fodder.

Nobody does disco house bangers quite like Sound Stream, and Bass Affairs – his first for two years – is well worth the wait. The title track’s looping guitar lick and bass twang is a clear winner, but the elastic synths of ‘Starstrike’ make for one of the most enjoyably weird tracks he’s produced. 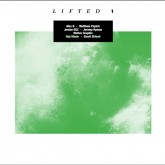 Comprised of Max D, Baltimore sampler Co La, ambient maestro Gigi Masin and Juju & Jordash’s Jordan GCZ, the rollcall for Lifted’s debut should say it all. If not, the fact their “improvised fusion” sounds like a cross between Sun Ra and Plaid by way of the tropical house of Future Times should be enough to convince you to investigate further. 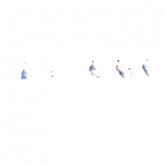 Even by the standards of underground music’s fraternity of anonymous producers Anom Vitruv is an enigmatic figure. His essential records for Tabernacle and Going Good have shown little regard for the dancefloor, and the Anomie LP is no different, exploring the murky world of found sounds and offbeat techno with an even stranger ear than before.

Baris K and Jonny Rock’s first Disco Hamam 12″ was highly sought after. Here they return to the Ottoman discotheque with the second 12″ in the series, highlighting five of the the finest Turkish disco, folk and psych tracks from the vaults in edited form.