Featured Stories I By Scott Wilson and Chal RavensI 08.05.15 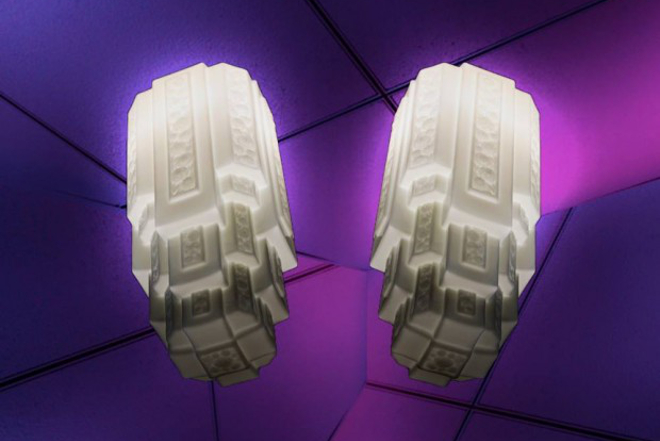 This week’s selection includes some lo-fi digital dancehall, soothing gamelan and metallophone, a set from two of Manchester’s best DJs, a focus on the Glacial Sound label and lots more.

Glacial Sound might be based in Dublin, but that hasn’t stopped it from becoming one of instrumental grime’s most vital labels. Truants’ latest Functions Of The Now podcast shines a deserved light on the label, with founder Paul Purcell ripping through a sprawling set of label highlights and unreleased tracks from Sharp Veins, V1984, Gage and several unidentified figures.

STILL is the new alias of Hundebiss Records boss Simone Trabucchi aka Dracula Lewis, a moniker for creating computerized dub and digital dancehall with drum machines, turntables and synths. This mix coincides with his set at this weekend’s C.A. Loose festival in Ravenna, and gives him an opportunity to mix up a selection of obscure digidub from his collection. If you like grotty, lo-fi sounds but need a break from all the 4/4 floating around, this is a treat.

London producer/DJ and NTS host Endgame makes clever connections on his Mixpak session, drawing “a triangle from London to Latin America to Lisbon” and mashing together some truly macabre club sounds that take in grime, dancehall and dembow as well as the African-influenced beats taking off in Lisbon right now.

San Francisco-based Wonja’s SoundCloud is full of gems, most notably her brilliant Melancholy Italo Disco Pod Past series. She’s also something of an aficionado of gamelan and metallophone music, and the second of her Wood Metal Glass mixes is an exploration of everything from shrill tones made with a wine glass by Charlemagne Palestine to The Residents’ ‘Santa Dog’ performed by a gamelan orchestra. If you’re tiring of ambient mixes but still need something soothing, this is the antidote.

Craig AD, a founder of Manchester’s Chowdown night, got cosy in the booth at NTS Radio this week to bring us 60 minutes of grime diversions, R&B refixes, eastern melodies and inside-out club sounds from some cutting edge UK labels. Young producer/DJ Finn steps up for the second hour with a bassy, adrenaline-fuelled mix studded with nods to vintage house and Baltimore club.

Malawi is a five-strong collective of former residents at Trouw, Amsterdam’s recently deceased superclub. For the latest Dekmantel podcast, Andrei Vilcov, Arif Malawi, Job Jobse, Job Oberman and Luc Mast cast their communal net far and wide to piece together a slow-moving, sun-dappled mix sourced from around the world – there’s even a whiff of steel drums.