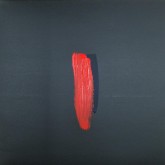 Having inaugurated the Whities label last year, Terron return with more imaginatively crafted techno on the label’s third release. Unlike some of their contemporaries, Terron aren’t afraid to inject of bit of colour and groove into their dark and dusty grooves – check ‘No.29 Pareto 20/80″ for the kind of gloomy funk that Kassem Mosse would be jealous of. 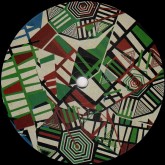 Lars Dales and Maarten Smeets are having way too much fun on this all-killer three-tracker primed for a rooftop party near you, with an Afro influence making its way into the radiant title track and the subtly dubbed out and conga-bedecked ‘Live At The Cosmic Carnival’, while ‘Victoria’s Secret’ is overflowing with gooey synths and shuffling drums.

VITO RICCI
I Was Crossing A Bridge 2XLP
(Music From Memory)

The latest subject of Music From Memory’s ongoing archival activities focuses on underground NYC artist Vito Ricci, whose work was primarily composed for experimental theatre and performance art. The combination of no wave tendencies with downtempo electronics across this compilation feel particularly relevant in today’s landscape, making I Was Crossing A Bridge a particular treat for archival fiends. 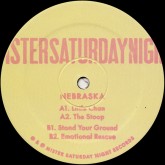 Having fallen off the radar after 2011’s Displacement album on Rush Hour, Nebraska has had something of a comeback in 2015. His effervescent deep house and disco is well placed on Mister Saturday Night’s label – ‘Little Chan’ has all the intricate jazzy colour of a Floating Points track, and ‘Emotional Rescue’ sounds like a lost Paradise Garage classic.