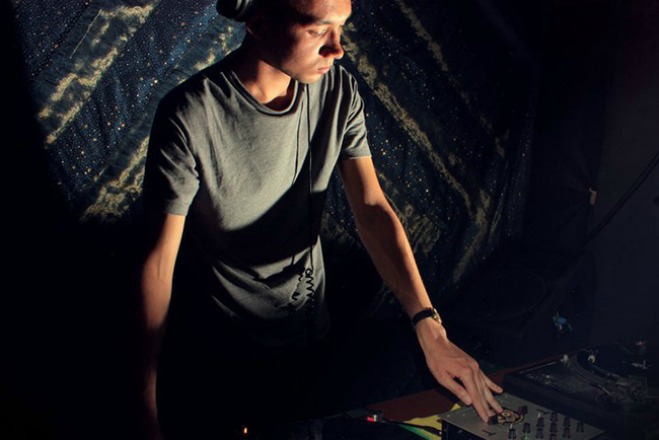 This week we’ve all but given up on the standard mix format, with most of the goodies hailing from London’s increasingly impressive alternative radio scene. NTS, Radar Radio and Rinse are all represented, with Yamaneko, J. G. Biberkopf and India Jordan taking us to esoteric and ambient worlds, Ben UFO bringing in one of Japan’s foremost cratediggers and Asusu selecting field recordings and musique concrete, while the Wot Do You Call It crew might have broken a world record for most MCs on the mic. Fuck a 4×4 beat.

The latest Hessle Audio show on Rinse FM sees our comrade Ben UFO joined by Dubby, the Japanese DJ and record obsessive behind obscure vinyl haven Ondas, who treats us to an expertly blended tour of homegrown rarities and foreign curios. Keeping the pace languid, it’s a balearic concoction in the truest sense, with frazzled prog fusion rubbing up against trippy synth stompers and psychedelic electro-pop – if you’re the type who gets in a tizz about track IDs, stay well clear.

Craig Stennett may be known for release thwocking, dubwise club tracks on Livity Sound, the Bristol label he runs with Kowton and Peverelist, but for his Secret Thirteen mix the Cheltenham-born producer plates up a more esoteric selection of field recordings, musique concrète and electroacoustic pieces by the likes of Chris Watson, Jean-Claude Risset and Francis Dhomont. “This is the music that compelled me to make recent tracks such as ‘Anglo Skin’, ‘Arrhythmia’ and ‘Low Art’,” he says, “as well as influencing the general approach and processes behind the house and techno I make.”

Last year’s Pixel Juice and Pixel Healing Spa mixes were billed as of equal importance to Yamaneko’s make-up as his debut album Pixel Wave Embrace, and although there’s been a Boiler Room session since, this new mix, debuted on Deadboy’s NTS show, feels like the producer’s first key step of 2015. There’s the odd bit of silliness (a T2 ‘Heartbroken’ acapella, for instance) to stop things getting too serious, but generally this is lovingly crafted stuff in the vein of last year’s mixes, full of high-emotion gems, mystery and new Yamaneko material – including a collaboration with Mr. Mitch.

India Jordan
The Sound of the Heart

India Jordan might not share the same profile as some DJs on Radar Radio, but her shows are regularly among the station’s best and it’s clear that a ton of work goes into them. Each has a theme (past examples include Sleep and Evolution) which runs through the selection without dominating it. Her latest set, The Sound of the Heart, drifts through ambience, wades through loping hip-hop instrumentals, hurtles through footwork and more across two hours. We guess it’s meant to represent different stages of sleep? Who knows, but it goes down like a dream.

Quann and Marco plus many, many guests
Wot Do You Call It 1st Birthday Set

Quann and Marco’s Wot Do You Call It blog has been doing sterling work for grime photography this last year, and they celebrated their first birthday with one hell of a radio set. Spooky and DJ Argue on deck, and there are 50 (!) people on mic, from veterans (Hitman Hyper, Discarda) to the best of the new wave (YGG, Jammz, AJ Tracey, Big Zuu, The Square). Celebrations don’t come much rowdier.