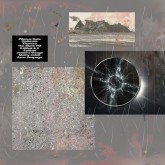 Much ink has already been spilled over the debut album by the boundary-pushing resident DJ of Berlin’s Janus night, but M.E.S.H doesn’t disappoint on Piteous Gate – instead, he confounds and seduces in equal measure, weaving uncanny ye olde instrument flourishes into the mix as he turns conventional club structures on their head. It’s as if the dancefloor is collapsing and rebuilding before your very ears – essential listening for devotees of the bleeding edge. 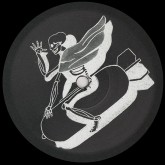 Kansas City’s leading purveyor of hazy, scuffed-up techno returns to Proibito for his third 12″ on Antony Naples’ label, leading with the deep headswimming of ‘Railroad Blues’ before alighting on gloopier, sensual territory with ‘Marais Des Cygnes’ and the perky, krautish jam ‘Transit (See See Rider)’. Quality all the way through from the Colonial Patterns producer. 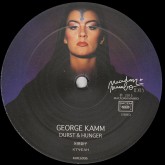 The wildcard delight this week is four tracks of deeply weird and pleasantly-unpleasant vintage synth-pop action, tweaked for the club by London’s George Kamm and dished up in a 12″ for French collective-turned-label Macadam Mambo. Brave DJs will be rewarded. 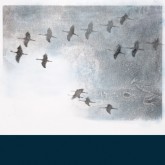 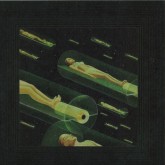 Techno lifer Eduardo De La Calle has released over 50 12″s in the last decade or so, but The Intellinet Prophecy is the Spanish producer’s first full-length. Descending into near-mystical deepness at points, he draws on techno’s sci-fi legacy and touches of jazz to construct his own immersive world.