Last month, while writing July’s Name Your Price I couldn’t help but be slightly disappointed. Though this column aims to uncover “The Best Of Bandcamp” on a monthly basis, I also make it a goal to track down the most bizarre, surreal, and otherwise WTF, release possible.

Like the proverbial video store customer that stumbles upon some forgotten gem like Hausu or Zardoz, I haven’t fully done my job if I don’t instill the kind of “why does this exist” existential despair/delight that can only come from rocking out to DJ Slammeister. Despite being jam packed with amazing releases, last month didn’t really have much in the way of “weird-Bandcamp”, so for August I’ve doubled — arguably tripled — down on that.

Before we delve into that, we have two albums which both came close to landing Release Of The Month. One comes from an artist who feels like he’s building up to true greatness for a few years now, while the other is a new musician who shows tremendous promise. After that, however, I’d advise you buckle up. 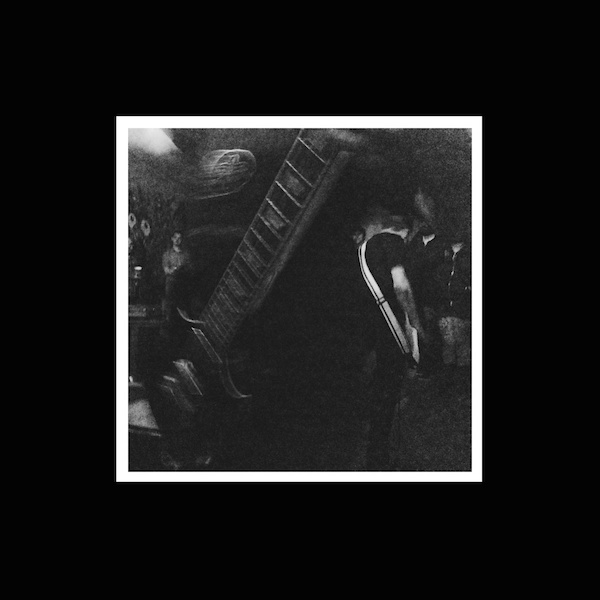 Colloquial Sound Recordings occupies a unique corner of the Bandcamp world. Though the label started in 2011 highlighting mostly anonymous metal, hardcore, and experimental bands, time eventually revealed many of the best projects all came from the same person: label founder Damian Master. A Pregnant Light, This Station Of Life, Aksumite — they’re all Master, but each moniker acts like a sign post for the various blends of noise, hardcore, shoegaze, and metal that he’s proven a mastery of.

It made My Game Doesn’t Have A Name a fitting album title for last year’s stunning release by A Pregnant Light, a project he describes as “purple metal”. It’s the kind of thing I’d bet was meant tongue-in-cheek (he’s a hilarious dude) — but then again I can’t offer anything better. A Pregnant Light feels like the project that Master will be remembered for, it’s absolute his best, but that hasn’t stopped his momentum or shifted the scope of his vision. Which brings us to his newest project, Prison Suicide.

Prison Suicide is described by Master as “the next movement of This Station Of Life”, a project that leans more into hardcore and noise rock on the CSR spectrum. It feels like the next movement because even at roughly 16-minutes this brutal eponymous debut proves Master’s dedication to push all his projects at once.

Prison Suicide comes at you like a boxer during its swift 12-track run. Both ‘Omission’ and ‘Hand In Fist’ are quick half-minute jabs, but they only set up the haymaker that is ‘Sold Before Value’ which builds in tension before Master’s savage vocals come in for the knockout. Prison Suicide shows off its singer at his most raw and urgent, each verse hitting blunt and hard. It leaves you hanging with the instrumental outro which goes for just long enough to let you lock into the groove before pulling the plug. That’s how a good hardcore record should end, and Master knows this. He knows all of these projects so well by now, but he still sounds like he’s challenging himself every time. Prison Suicide is a good record, but it’s also more than that. It’s a part of something bigger, something greater, and something that feels like it’s only getting started. 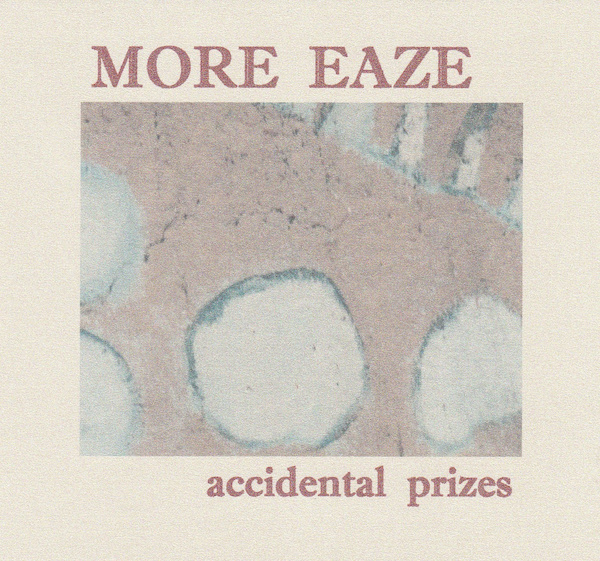 More Eaze is the curious project of Austin-based composer Marcus Rubio. His plan is to release three albums this year and he’s on track with this second album, Accidental Prizes. Though it’s in the middle, it’s hard to think of a better introduction than ‘2 In Tents’, which opens this release. After cutting a looping sample into a rhythm and letting dissonant electronics bounce off one another, you think you know what you’re in for — and then what you thought you knew is overcome by cello, and then more strings as electronic hums and creaks bleed through like sunlight. It’s the first overwhelming moment of beauty and ingenuity here and not even close to the last.

Built from samples of recorded compositions by Rubio it’s an album where technology and humanity blend with a delicate grace and even when it’s bursting with surprises nothing ever feels out of place. ‘Defeatist Worldview’ floats in shimmering kosmische, yet it feels appropriate on the same album as the tender title track which recalls the Microphones as Rubio’s intimate vocals and acoustic guitar are subtly joined by electronic tones and shaded with AutoTune. For all of its contrasting parts, it comes together to form such an organic sound. I’m going back to the first one now, but Accidental Prizes alone will have me first in line when that third volume comes out. 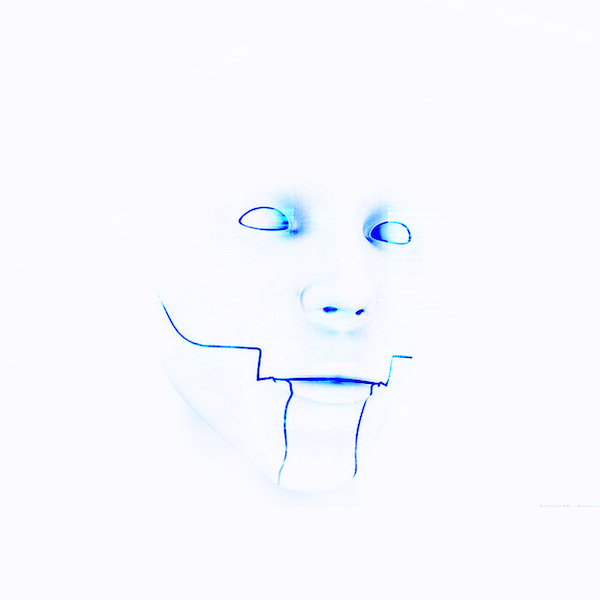 Dream Catalogue can be frustrating as a label because they put out so many releases every month that it’s tough to keep up, but then they hit you with something incredible that makes you feel like you should. That happened this summer with Death’s Dynamic Shroud whose I’ll Try Living Like This first appeared here as the best release of the month before moving on to our list of best albums of the year so far. チェスマスター (i.e. Chessmaster)’s absolutely chilling 非実体 (Non-Entity) sounds nothing like that record, but provides a similar feeling.

The album immediately lays out its eerie premise with an instruction manual explaining “She is not a toy”, “Be aware that she will develop her own feelings and emotions”, and (most unsettling of all) “in case of emergency, activate switch behind headplate on the back of her skull.” From the opening title track the record hums with icy, inhuman synth pulses intercut with warm, breathy whispers. Hearing it while reading the “instructions” makes for an otherworldly experience, but things quickly ramp up with the glistening second track ‘Eternally’. Non-Entity reaches its best later on with the ninth track, ‘Turbo’, which shudders and clicks as the same voices wail and sing in the distance.

Those dark undercurrents are something you find in vaporwave sometimes, but Chessmaster pushes all of that to the forefront and the result is terrifying. The only time it ever lets up is on the blissful closer ‘死’ which translates to ‘Dead’. For a record so focused on grim artificiality and Ex Machina-style world building, the difference between “non-life” and “death” is vast, with the latter making for a twisted happy ending. 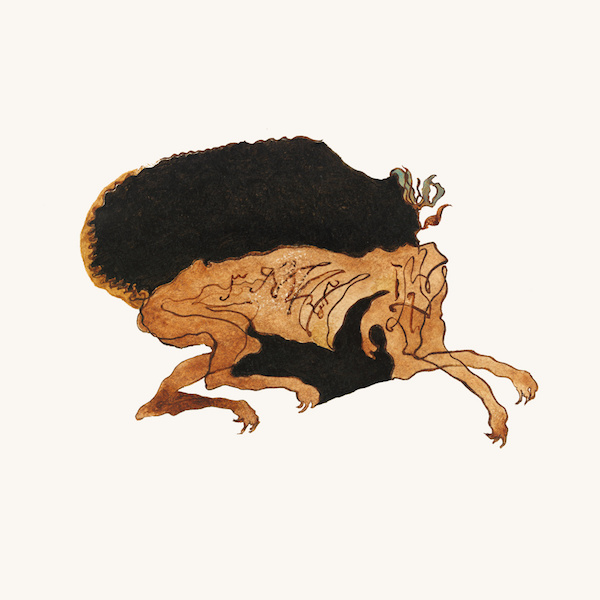 Keith Utech’s Utech Records hasn’t been covered in this series yet, but the experimental Wisconsin label has an impeccable release record. This summer Kim Utech, Keith’s wife, lost her battle to cancer which led to an outpour of support in the form of And Suddenly Everything, Absolutely Everything, Was There, a 41-track benefit release for Keith and his two children. Aside from the moving intentions, And Suddenly shows the excellent and diverse contributors to the label by just being packed with good material. It’s a testament to this community that even in such a difficult time this label can count on so many artists.

The collection lays down the gauntlet instantly with the grim opener ‘Salt Of The Earth’ by Oslo doom metal outfit ALTAAR. We haven’t heard much from this group since they put up their excellent self-titled album on Bandcamp in 2013. Later, one of the most dramatic shifts comes from a one-two punch from two of the best known artists here: Locrian provides a blaring noise soundscape that gradually builds into cathartic clarity over halfway through its eight-minute run. It’s followed by Lasse Marhaug (who Jenny Hval praised when speaking to me about his production work on her recent Apocalypse, girl) whose ‘Skjelstad’ gently creeps out of vacuum-like quietness with just the subtlest flurries of texture. From Burning Tree’s freejazz fits to Mothlite’s heartwrenching ‘Pour Down Like Water’ it’s a long, unpredictable release and a reminder of the great work this label has and will inspire. 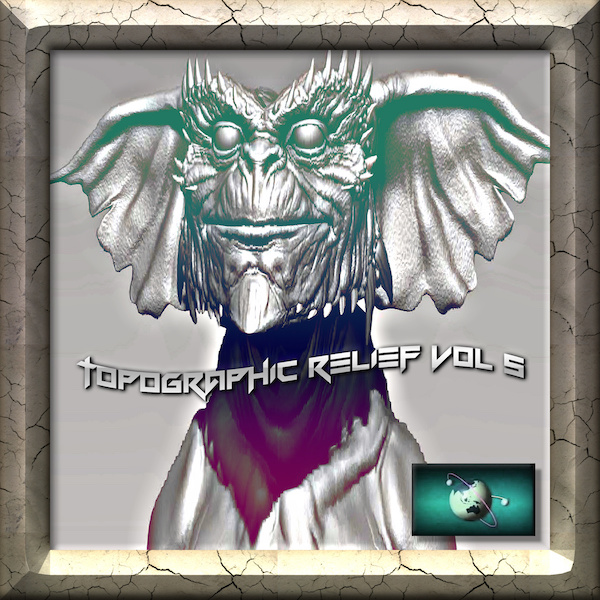 Swamp Circle is a web label that has almost made it onto this column many times, it usually gets bumped out for being too batshit-crazy even by my usual batshit-crazy standards. Good thing we held out until Topographic Relief Vol. 5 because the latest volume from their recurring compilation series is the best introduction you’ll get and also the most fun. Listening to Topographic Relief is like the musical equivalent of downloading malware. During the two hour ride you get 21 artists messing with harsh noise, melted beat tape riffs, prickly synth-pop, and foggy vaporwave. It’s a lot to get through, but it’s best taken as a chance to flip through tracks and find the albums by the ones you like. 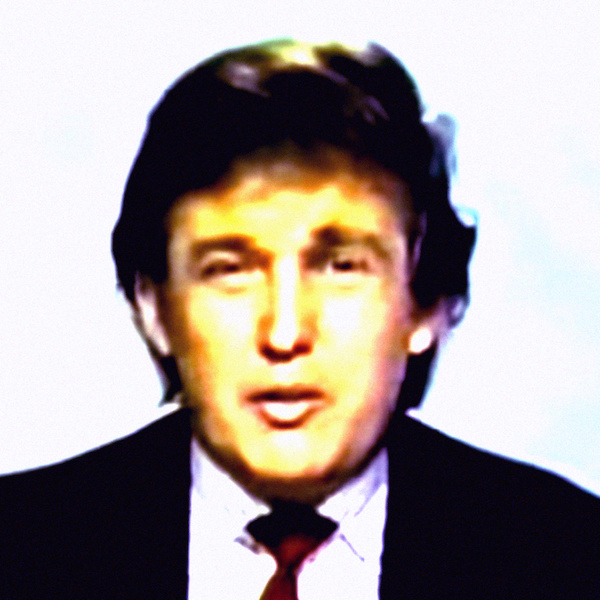 As much as I’d like to just type #TRUMPWAVE and call it a day, you have to hand it to this anonymous producer (fittingly named Penthouse Apartment) for picking a pretty clever concept and sticking to it. Donald Trump makes sort of the perfect inspiration for a vaporwave album and this record acts like the soundtrack to an imagined day in the life. Aside from the occasional snippet of dialogue from the real estate mogul turned conservative tyrant it’s a record of elevator smooth jazz and easy listening in restaurants. One of the great strengths of vaporwave has always been in focusing in on music that’s designed to be ignored in the background to let you generate your own imagined foreground. By placing such a repulsive subject and symbol of 1% dominance in that position, this music succeeds wildly. 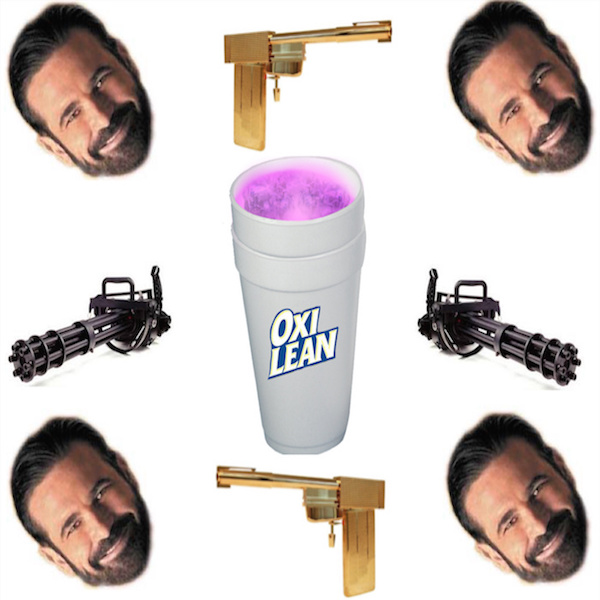 A Billy Mays-themed chopped ’n’ screwed beat tape? Yeah, let’s do this. But wait, there’s more! Highly recommended while jamming along on a Billy Mays soundboard. Wow, what a deal!

Page 6 of 8
Tags: The Best of Bandcamp