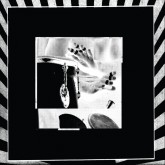 Randomer smacks it out the park as bloody usual with five fresh tracks for L.I.E.S., kicking off with the quietly nightmarish title track and keeping the mood subtly deranged throughout, with possessed bells going off everywhere and drums staggering towards you like zombies’ legs. Deliciously evil. 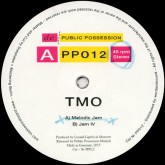 Leonid Lipelis produces tracks under a panoply of different aliases including TMO, which finds the Moscow producer recording spontaneous one-take jams with his sizeable array of hardware. The result on this nifty 12″ is ‘Melodic Jam’, which toys with an out-of-whack melody over gritty, pounding drums, and ‘Jam IV’ on the flip, which takes things in a duttier direction with a heap of bleeps. 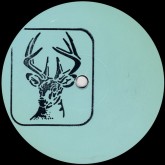 Hungarian producer Gnork kicks off Deer IV with a certified stomper that’s dreamy and tough in equal measure and worth the price of admission alone, before heading into deeper, darker realms on three more vintage-sounding house cuts. 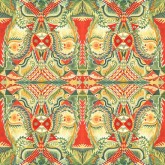 As Clap! Clap!, Italy’s C. Crisci soaks up his beloved African rhythms and spits them out as sideways-up, sample-driven floor-heaters that capture his globe-spanning tastes, and the Simple EP offers five strong examples of that – heavily percussive, occasionally a bit jazzy, and totally diverse.