It seems that no matter what hip-hop article you read, the backpackers are out in force in the comments, desperate to get their opinions heard whenever there’s a mention of Future or Young Thug (usually screaming “they don’t rap properly!”, like Tom Waits sings properly or Arthur Russell played cello properly), and desperate to let the world know that these modern rappers aren’t a patch on their beloved Nas or Biggie. Don’t even mention Kanye (seriously, don’t mention Kanye).

Well, while they were busy becoming bitter old men, the rap world changed. And that’s not to say that one era is better than the other either, it’s just different. And guess what: different is good. Imagine how crushingly boring it would be if Kodak Black’s Institution sounded exactly like Hard to Earn or if Fat Trel was little more than a Q-Tip impersonator. Oasis already happened, and it was shit.

In 2016, rap is in a great place creatively. The decrepit (white) label system of old is on its knees – today’s rappers are making music on their own terms, whether that’s Awful Records recapturing the spirit of 1976 or BeatKing taking Houston strip club rap around the world via Vine, Livemixtapes and Instagram. The following list is a handful of rappers we think have what it takes to break out in 2016. Just don’t mention the 90s.

Follow our Rap Round-up for in-depth reviews of the week’s hottest mixtapes and albums.

Cousin Stizz should be familiar to regular readers of FACT’s Rap Round-up. We’ve been singing his praises since last year’s Suffolk County confused a nation convinced that Boston hasn’t had anything positive to offer hip-hop since Rawkus fizzled out.

Thankfully, Stizz has no intention of looking back to a Golden Age that’s looking markedly less gilded with each passing year. He’s set for big things, and we have the distinct feeling that Suffolk County is only the beginning.

Last year’s ‘Out the Bottle’ stood out from the crowd simply because it sounded so damn different. Kamaiyah references her native Bay Area with spacious beats, trunk rattling subs and the kind of flow you’d expect E-40 to endorse.

October’s ‘How Does It Feel?’ was even better (THAT bassline), showing a lighter side to Kamaiyah’s flow and even referencing G-funk. She gets FACT bonus points for the N64 in the video, too.

Young Philly rapper Lil Uzi Vert surprised last year with the excellent Luv Is Rage full-length. Vert’s post-Thug flow feels very of-the-moment, but he’s got more personality than the legion of landfill Atlanta copyists. It’s his open-mindedness that sets him apart from his peers – while tracks like ‘Super Saiyan’ and ‘Safe House’ are engineered to deliver in the club, syrupy, ominous tracks like ‘Moist’ and ‘Nuyork Nights at 21’ (both produced by FACT faves FKi) show a willingness to experiment that’s a breath of fresh air. Even weirder, sing-songy closer ‘Paradise’ recalls early Kid Cudi.

Maybe it shouldn’t be surprising that Vert is willing to subvert the form. In a recent interview with XXL, he revealed an obsession with Marilyn Manson – we approve wholeheartedly.

He’s already netted millions of YouTube views, and Montana of 300 seems finally destined for stardom outside of his native Chicago. Only last fall he was spotted at Kanye West’s mansion, which obviously sparked rumors that the driller was destined to make a guest appearance on SWISH. Here’s a rapper who was offered a record deal (as part of an alleged bidding war) by Rick Rubin and actually said no.

He counts Chris Rock among his fans (it was Rock who fired Montana’s tracks to Rubin) and has made a guest appearance on Empire already – we’d be surprised if things didn’t fall into place for him this year.

Somehow we managed to miss Mozzy last year, despite the Sacramento rapper releasing four (!) solo albums (don’t look for these on Livemixtapes or Datpiff, it’s iTunes you need). We’re glad to have caught up – the Black Market Records-affiliated rapper is the most lyrically gifted in this list, illustrating a gang-addled Bay Area lifestyle that’s tense, violent and deeply unsettling.

His pitch-black rhymes shouldn’t be the biggest surprise – Sacramento has a history of solid horrorcore offerings from Brotha Lynch Hung – but he balances the darkness with beats that don’t sound a million miles from Bay legend Mac Dre. If you need a place to start, breakout single ‘Bladadah’ is low-key one of the best rap tracks of last year; with Chris Brown listening and a guest spot on YG’s ‘City Mad’, Mozzy’s star is set to rise swiftly.

There was no way we could have left Nef the Pharoah out of this list – last year’s bounce-influenced breakout ‘Big Tymin’ was one of the summer’s best tunes, and the follow-up Nef the Pharoah EP shone a light on his seemingly effortless charm.

It should come as no surprise that the Vallejo-born rapper has already received the all-important E-40 cosign (he made an appearance on 40’s Sharp On All 4 Corners: Corner 1), and with YG and Ty Dolla $ign on the ‘Big Tymin’ remix, we’re sensing even bigger things to come.

It wouldn’t be a FACT rap round-up without a nod to Atlanta’s Awful Records, and last year’s big Awful success story has to be Playboi Carti, whose ‘Broke Boi’ lit up clubs last fall. Carti’s already been spotted working with Frank Ocean and Skepta, and has reportedly inked a deal with A$AP Rocky – and we’re not surprised at all.

‘Broke Boi’ might have notched up some international attention for Carti, but check the eerie, Boards of Canada-sounding ‘FETTI’, or how he slow raps over the PS2 startup sound on the inspired ‘YUNGXANHOE’. Codeine rap never sounded so dystopian.

This is a strange pick, admittedly, given that mysterious duo PNL absolutely dominated the French rap world last year, but outside of France their profile is still under the radar. It’s a shame because their sound – somewhere between Main Attrakionz’s foggy cloud rap and Lil Durk’s Autotuned street reportage – is on point, and a far cry from France’s usual boom bap reverence.

They released two full-lengths last year – Le Monde Chico and Que Le Famille – both illustrating a France we rarely have access to: the France that shattered in the years that after La Haine, and the France that’s spoken about in hushed tones post-Charlie Hebdo and the November attacks. Educate yourself.

Last year’s ‘Bank Rolls (Remix)’ – a smart flip of Tim Trees’ ‘Bank Roll’, produced by Baltimore club beatmaker Rod Lee – was one of the year’s best rap tracks. There’s a damn good reason why it ended up at number 10 in FACT’s 50 best tracks of 2015.

Since then, the Tate Kobang has signed with Lyor Cohen’s 300 Entertainment (home of Fetty Wap and Young Thug, among others) and is on the company’s Young Hustle tour (with TK n Cash and T-Wayne). All it’ll take is a well-timed mixtape or proper full-length to propel him to the next level.

We took a little convincing from Southern Hospitality’s Rob Pursey before we were riding the Yung Beef train, but it was worth it. The prolific Spanish rapper is seemingly a law unto himself, operating under a slew of monikers – think Yung Beef is zany? How about his reggaeton alter-ego Fernandito Kit Kat, or, er, Lana Del Rey?

Thankfully, it’s not style over substance – Beef might be operating from another planet, but the way he filters Atlanta’s strip club sound through Spain’s cracked glass is as fascinating as it is addictive. If you can get over the language barrier, he’s one of the most arresting and unpredictable rappers operating right now. 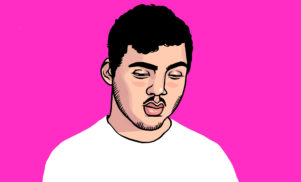 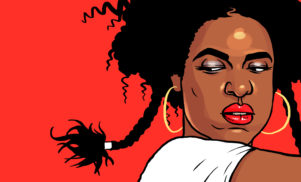 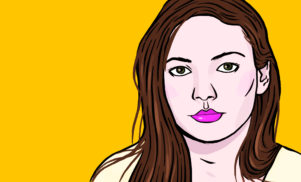 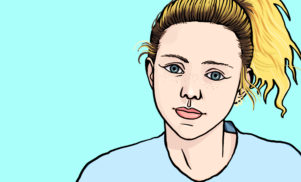 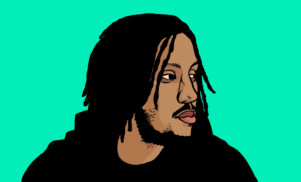 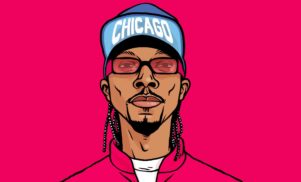 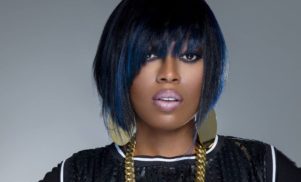