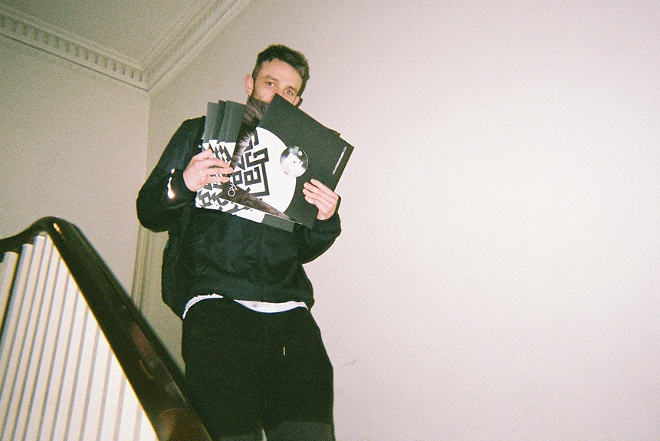 We don’t usually award the title of “mix of the week” to anything, but World Unknown resident Joe Hart’s epic two-part, four-hour session is basically that, covering the full spectrum of EBM, acid and house you’d expect from London’s sweatiest party. And there’s plenty more to get stuck into, including unreleased heat from Crazylegs, Peruvian sounds on Radar Radio and noirish techno from Silent Servant.

As one of the residents behind London’s no-frills, no-website, definitely-no-shit-music World Unknown, Joe Hart knows exactly what he’s doing. If you’ve not yet had the good fortune to experience him and co-pilot Andy Blake taking a dark and smoky room on an all-night journey through vintage electro, Motor City techno, Balearic oddities and banging New Beat, this monstrous four-hour mix is The One. You will ask yourself: why the fuck do I not own a smoke machine? And you will buy one tonight, and be happy.

With a discography that includes records from James Ferraro and Aaron Dilloway, Hundebiss Records isn’t the most obvious candidate for a slot on Rinse FM. Label founder Simone Trabucchi does have a lot of experience putting on DIY parties in Milan though, and it makes him a natural fit for the former pirate station. His mix includes some far-out electronics, but also plenty of dub, dancehall and even some Lil Ugly Mane.

Bristol’s Crazylegs label steps up to Boiler Room’s Upfront series with “a rough, uncensored look into the future” covering forthcoming material, demos, bonus dubs and more. There’s no tracklisting, but it’s reasonable to expect genre-splicing appearances from Gage, Ziro, Bloom, dJJ and TRC throughout. It doesn’t let up once during its 50 minutes, but we wouldn’t have it any other way.

Radar Radio’s Emily Dust went to Peru, a country that tends to be overshadowed by its neighbours in chats about South America’s new musical exports, and she brought back some wicked new tunes from local artists and a guest mix from Lima-based DJ Deltatron, who mashes up cumbia, reggaeton, zouk, tribal and their related booty-moving rhythms in a quickie session midway through. This one’s a proper radio show with talking and everything.

Silent Radio Transmission is the first of what’s to be a monthly radio online show from former Sandwell District member Silent Servant. It covers all the bases you’d expect from the US producer: industrial from Richard H Kirk and Carter Tutti, EBM from Broken English Club and noirish electronics from Blackest Ever Black’s Barnett + Coloccia to name a few. Nobody does dark, menacing 80s-influenced techno like Silent Servant, and this show looks like one worth tuning into regularly.