Fingers Inc. vocalist Robert Owens takes us on a trip through dance music history this week, alongside a guide to the work of Muslimgauze from Helm, polyrhythmic club jams from Don’t DJ and Detroit sounds from MGUN. If that’s not enough, we’ve also got a very special Essential Mix lined up.

The latest Electronic Beats Radio show focuses on Chicago’s Robert Owens, with an hour-long journey through the Fingers Inc. vocalist’s musical inspirations, including US and Italo disco classics from Shalamar, Kano, Tempest Trio and Omni. You also get to hear one of the artists responsible for creating deep house talk in depth about his life in music, which is pretty much essential.

Florian Meyer has quietly been making some of the weirdest techno records around over the past few years, gracing Berceuse Heroique, Emotional Response and SEXES with his polyrhythms. This set for Berlin Community Radio is just as colourful, spanning outsider electronics from Chris & Cosey, kraut rhythms from Wolf Müller and some laidback pan pipe moods.

Bryn Jones’ Muslimgauze project has only become more confounding and problematic in the years since his premature death, but his haunting, lonely landscapes of eastern melodies, field recordings, ambient spaces and shuffling techno remain undeniably gorgeous. Fellow mangler of dark materials Helm has devoted a whole NTS show to the stuff.

To mark the release of his debut album Gentium, Detroit’s MGUN has made a conceptual mix for Juno Plus titled Day & Night. The two-hour set is divided into two distinct halves, with the “day” section covering the lighter side of the producer’s record collection, and the “night” portion balancing the breezy house music with darker, grittier techno and electro. Vital selections from one of the city’s young talents.

Even within the field of weird and abrasive club music that doesn’t give a solitary shit if you can dance to it or not, Gage is right out there on the edge, taunting your pedestrian tastes. Celebrating the release of his new EP/mini-album Mercury (highly recommended), the London-born producer sets off an absolute fireworks display of a Rinse show, dropping high-grade maximalism from near and far including Murlo, ISLAND, MM, DJ Paypal, Imaginary Forces and Neana. 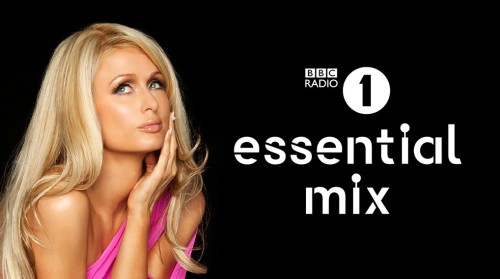 Ibiza hustler, Pomeranian fancier and possible ham radio enthusiast Paris Hilton finally got her long-deserved Essential Mix this week, and more power to her, say we. Alright, it was an April Fool from the Radio 1 crew – but have you seen some of the chancers they’ve had on the Essential Mix? At least Paris has one truly great track.