London’s celebration of all things rave is back for a fifth year.

London’s Moondance Festival has announced its line-up for 2016, which this year takes place at the Queen Elizabeth Olympic Park.

Celebrating all aspects of rave culture, Moondance has assembled a who’s who of legendary rave, house, techno and D&B acts, with Todd Terry, Joey Beltram and Altern 8 all appearing.

As well as an “evolution of dance music” live set from A Guy Called Gerald covering everything from acid house to jungle, the Garage Nation stage will feature Artful Dodger vs DJ Luck and MC Neat alongside Oxide & Neutrino, while Fabio & Grooverider, Congo Natty, Dillinja and Randall have jungle covered.

Taking place on September 18, the festival is one of the first to be held at east London’s Queen Elizabeth Olympic Park, and is presented by Found, also responsible for Born & Bred and 51st State.

Full details and tickets can be found at the Moondance Festival website. 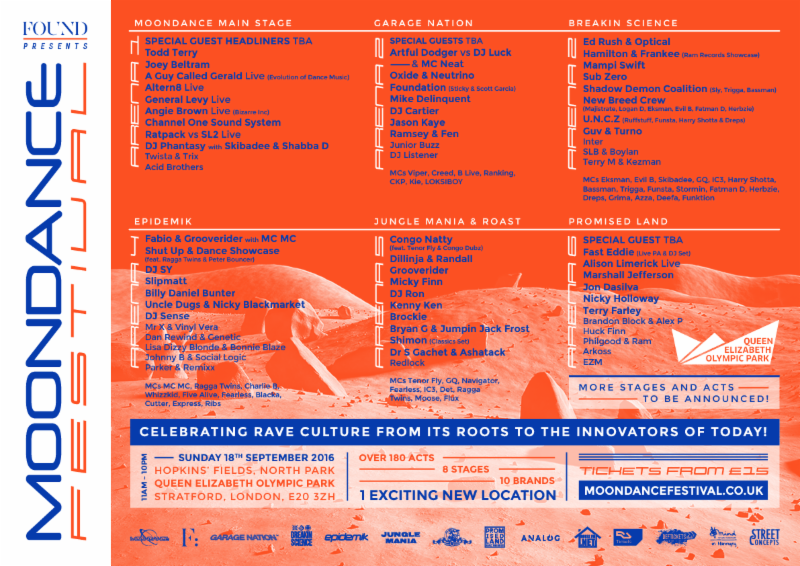