Long-running techno club and label Tresor has announced the line-up for its 25th anniversary festival, which takes place in Berlin at the end of July.

The four-day event sees the best of Detroit and Berlin come together with other techno faces from around the world, including Moritz von Oswald and Juan Atkins as Borderland, Robert Hood and Daniel Bell premiering his new DBX live show.

Other big names on the bill include Drexciya’s Gerald Donald in his Arpanet guise, Surgeon, Objekt, DJ Stingray, John Tejada, Donato Dozzy and Marcelus, who releases his debut album on Tresor’s label next month.

Regis and James Ruskin will also join forces as O/V/R, DJ Pete and Sleeparchive will present their TR-101 show and Ellen Allien and Tanith present Club The Rest.

Tresor 25 Years Festival takes place from July 21-24 both at Tresor itself and the lower floor of the Kraftwerk building. Tickets and full information can be found at the Tresor website.

The festival is one of several ways Tresor will be marking its anniversary this year. The label arm just announced a new Kern mix CD from Objekt, with a various artists compilation scheduled to arrive in October. 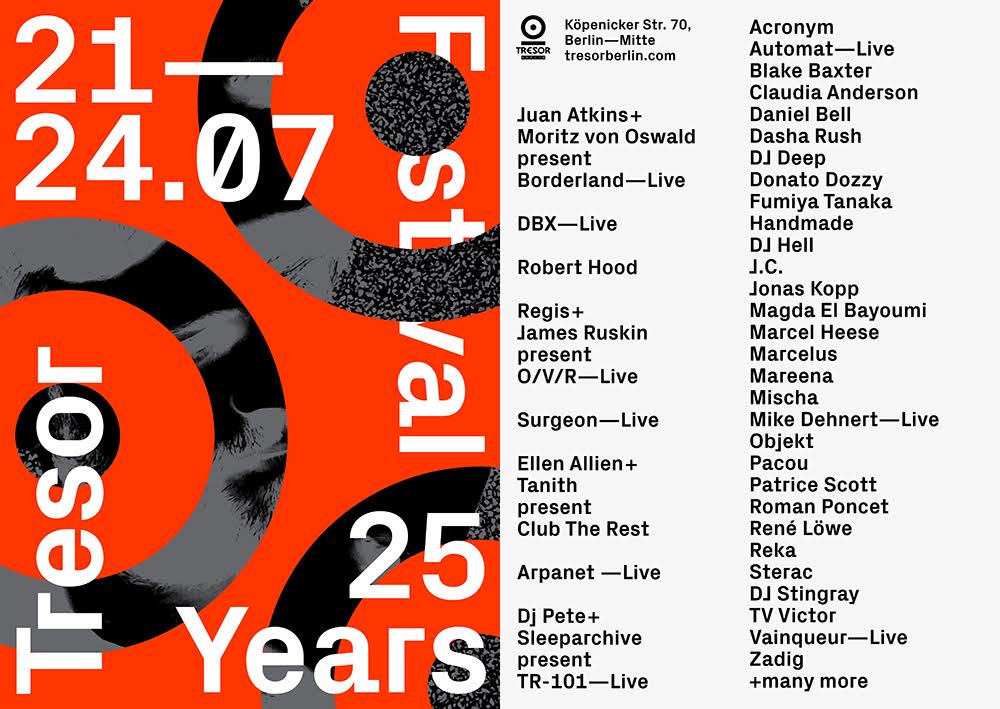