Singles Club: Can Burial keep us warm in our winter of discontent?

This week, the dubstep Santa returns with one of his signature festive releases – but is it a sparkly stocking-filler or a lump of coal?

Plus! YG reiterates his thug credentials, Gucci takes the year’s breakout rap star under his wing, Angel Haze gears up for what might just be a real comeback, and we get a shipment of serious dancefloor depth from Demdike Stare and Pinch & Sherwood. 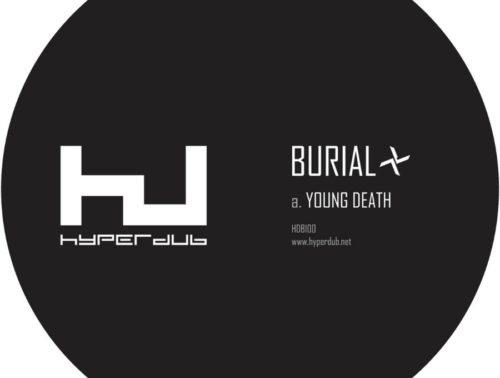 Chris Kelly: The pitter-patter of rain against the window and the disembodied vocal samples (is that an ‘XE2’ snippet I hear?) capture the mood of vintage Burial but none of the immediacy, even when it folds in on itself in the second half. If I was prone to believing conspiracies, I’d think this “accidental” release (which then quickly sold out online) wasn’t so accidental. (4)

Jibril Yassin: Are those real vinyl crackles I’m hearing again? Is it true? Is this really Burial? Does this track go somewhere at all? Am I dreaming? When do I get to wake up? (6)

Tayyab Amin: All y’all Burial conservatives who got fucked off (instead of fucked up) over ‘Sweetz’ got what you wanted in the end. Is it blissful? It’s a lovely SAD lamp gesture, and at the same time I feel like Burial’s semi-annual release is becoming the John Lewis ad for music enthusiast. Nothing is sacred in 2016, and for that very reason I want to hear Elysia Crampton and Chino Amobi do something with Burial just as much as I want to dream about UNKNOWN YOUNG DEATH 2002. (7)

Son Raw: One minute I’m being told Burial is basically making Future Garage and I’m like, “well, that makes sense at this point,” and the next I’m being sent a track that sounds like what he’s been making for the past eight years and I’m just as non-plussed. What I’m getting at is, a bit of surprise might be welcome in Burial-land, even if these semi-annual missives are perfectly acceptable. Part of what made his two albums so great, after all, was the shock of hearing something we loved in the past reconfigured. (6)

Jibril Yassin: Lil Uzi’s alien flow sounds mercurial next to Gucci’s steady, nimble delivery – Uzi’s out here invoking Invader Zim and proclaiming himself your dad, meanwhile Gucci’s over at Tiffany’s. But it’s not an unlikely pairing – both rappers inhabit this trap beat with just enough menace and star power to it feel like a two-headed monster. (7)

Tayyab Amin: “Draco turn you to an amputee / Dump your body in the ocean with a manatee / Make your whole clique do the Mannequin Challenge / When I draw down with this AR-15” – Gucci Mane, everybody. Sensational. That part’s a (10) but I expect more and overall this track’s a (6).

Chris Kelly: As Gucci rapped earlier this year, “All of these rappers are all my children.” With that in mind, Mr. Davis takes time to link with a rapper who’s young enough to actually be his son. Even though the beat is better suited for the Philly upstart, Gucci contorts his flow to rhyme “amputee” and “manatee” and threatens to pull off an AR-15-assisted Mannequin Challenge. Savage. (6)

Son Raw: Gucci’s not always found his pocket since his release from jail but he scores a bullseye here, zipping across an otherwise boilerplate trap beat like he’s got cheat codes. Vert’s completely out of his element though: his emo Auto-Tune shtick is a sugar-rush, but dude ain’t much for rap. (5)

Chris Kelly: The difference between ‘I’m A Thug’ and this sequel mirrors YG’s evolving sound and attitude. The 4Hunnid Degreez original rides a bit of rudimentary ratchet and balances thug life with lyrics about head so good he “felt it in his kneecaps,” while Part 2 sounds like a Still Brazy outtake: lush G-funk dripping with paranoia. (5)

Jibril Yassin: With Still Brazy still ringing triumphantly, it makes sense for YG to craft a sequel to ‘I’m A Thug’ as a victory lap – G-funked bass and minor key piano slinking in the back, YG’s tone striking a balance between jubilant and unrepentant. It’s a merciless cut – you can barely register the short verses before it ends – but more YG is a comfort in these strange times. (8)

Daniel Montesinos-Donaghy: “I don’t smoke hookah,” YG deadpans in the middle of another smoothly assembled take on archetypal Compton rap, as quick and effective as he can get – even the ceaseless second verse rhyming of best friends with other best friends doesn’t outstay its welcome. Of course he doesn’t smoke hookah – you need to relax to enjoy that, and YG doesn’t relax. (8)

Tayyab Amin: YG is a treasure, maybe even a living legend, and he’s damn sure a hit-making machine. “I could Blood-walk to this…”

Son Raw: ‘F.D.T.’ for song of the year? I’m trying to avoid talking about this one cause I’m a fan and this is clearly B-game material that didn’t make the album for a reason. Updating G-funk only works when the beat actually sounds like an update and not something out of Pac’s Death Row leftovers. (4)

Son Raw: This is like an audio version of those magic eye puzzles: the rhythm makes zero sense until you frown your brow and suddenly, BOOM! – a sailboat. Well, if the sailboat were crafted out of darkness, classic jungle and bad dreams, anyways. (7)

Tayyab Amin: A traditionally Demdike offering of a genre nudged to the peripheries of its comfort zone. This one swings very nicely, it’s seriously fun to move to and adds a little oomph at the midpoint to incite a second wind. Still, it’s a little round-edged – I’m doing gunfingers but with silencers on the end. (8)

Jibril Yassin: I was really expecting this to be a slow and steady buildup so it was nice to hear some crazy shit go down at the two-minute marker – at that point, all bets are off. It’s a nightmare of a jungle record, and a total dancefloor banger – albeit a confusing one. (9)

Daniel Montesinos-Donaghy: A series of weird pulsations and mutant bass, effortlessly weird and overly tricky, somehow overly pleased with itself but not ceaselessly irritating – a weird, overwhelming feat. I like it enough. I kinda wish I loved it. (7)

Chris Kelly: For nearly a minute, it sounds as if ‘Sourcer’ is testing itself and coming to life, its jungle breaks a little too disconnected to build dancefloor momentum. But when everything syncs up about halfway through, it turns into ragga jungle ecstasy that ends awash in white noise. (7)

Tayyab Amin: My immediate reaction to hearing the drop for the first time was a bout of uncontrollable giggling. Sherwood and Pinch are both highly versatile artists and this track is exactly why you’d want them for a home listening AND sound system-compatible release: full throttle, no compromise. The incendiary world-building intro, the barks and shouts of vocals and kicks plus the rubbery electronics – I feel like I’m being tumble-dried at various speeds. (9)

Daniel Montesinos-Donaghy: Well, this was a lot of clatter innit. (4)

Son Raw: Man Vs. Sofa isn’t just a potential album title of the year, it’s also the most plausible name for a reality TV show about my life. The last time these two got together, the results were perfectly serviceable digi-dub with little appeal beyond that genre’s core audience, so colour me surprised at how great this is. By downplaying the obvious roots influences and combining Pinch’s noisy, techy leanings to Sherwood’s gear and industrial acumen, this goes HARD. More please. (8)

Jibril Yassin: Essentially faking out listeners with a lengthy ambient intro before completely dropping the floor from underneath, Adrien and Pinch somehow manage to hit the sweet spot between violent and reassuring. It’s a fascinating mix and I want more. (8)

Chris Kelly: Despite Man Vs. Sofa sounding like the worst reality show of all time [Too bad Son Raw – Ed.], ‘Retribution’ is the perfect industrial techno soundtrack for a Million Machine March. (7)

Son Raw: Hey, RZA? Have you thought of signing Angel Haze instead? She raps like she’s ready to freak out on drunk Australians, but probably won’t actually do it. (7)

Chris Kelly: Angel Haze’s rap talent has never been in doubt, but she’s seen her career slowed by industry BS and mental health issues. She teased a proper “comeback” on last year’s Back to the Woods, and ‘Resurrection’ definitely feels like track one on a new album. If that’s the case, it’s a fine tone-setter… but will be better judged by what comes next. (5)

Tayyab Amin: I’m not so into the initial outburst of Haze’s overly cavernous double-time raps but the delivery settles into groove with the beat in good time. The flip-side of constantly fighting an uphill battle is a decent claim on the title of being one of the most tenacious MCs about. The instrumental is fantastic and Haze brings a whole family platter of flows – this has got me feeling the same way I do when I respawn in multiplayer matchmaking. (7)

Jibril Yassin: Better beats have been sunk in the past by Angel Haze’s tendency to overstuff. Here, she wisely restricts herself to snarling verses and a chorus where she sounds absolutely triumphant bragging about brokerage fees. I misheard a lyric that Genius claims is “I just let my shit get so strong, can’t nobody here hold me” as “can’t nobody hear old me” – as if she’s scrubbing her own past right in front of you. Resurrection indeed! (8)

Daniel Montesinos-Donaghy: Haze’s energy is fun to revel in, but you wish that the song was better, bar “we only fuck if you match my aesthetic”. That’s the continuing Angel Haze problem: nothing fully coheres the way it should despite fun blips. (5)