Formerly a member of Apeiron DJ crew – a four-person collective breathing new life into the city’s techno scene – Vestbirk recently flew the nest to focus on solo pursuits and is already becoming a fixture on the global festival circuit.

Last year also saw the launch of Courtesy’s Ectotherm label with Apeiron’s Mama Snake, which has so far put out releases by the likes of DJ Seinfeld and Schacke.

We met up with Vestbirk at Sónar Barcelona 2017 to hear about she felt seeing a female DJ perform for the first time and how she prepares for a set. Watch it above and then dive into her FACT mix from 2016 – which she described as “a sweaty 3am set, with all the nuances that comes with a live vinyl and CDJ set.”

Watch next: Florentino is the Swing Ting extraordinaire bringing romance to reggaeton

Juls – Against The Clock 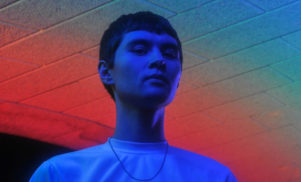 Odunsi (The Engine) – Against The Clock

Watch an exclusive live session from rRoxymore at Berlin Atonal 2019

Boy Harsher – Against The Clock

Sez On The Beat – Against The Clock

O’Flynn – Against The Clock