With more music on the way.

The Cinematic Orchestra have unveiled a new website, with details about a surprise limited 12″ ‘A Caged Bird’ / ‘Imitations Of Life’, out now on Ninja Tune.

Visitors to the site receive the following message: 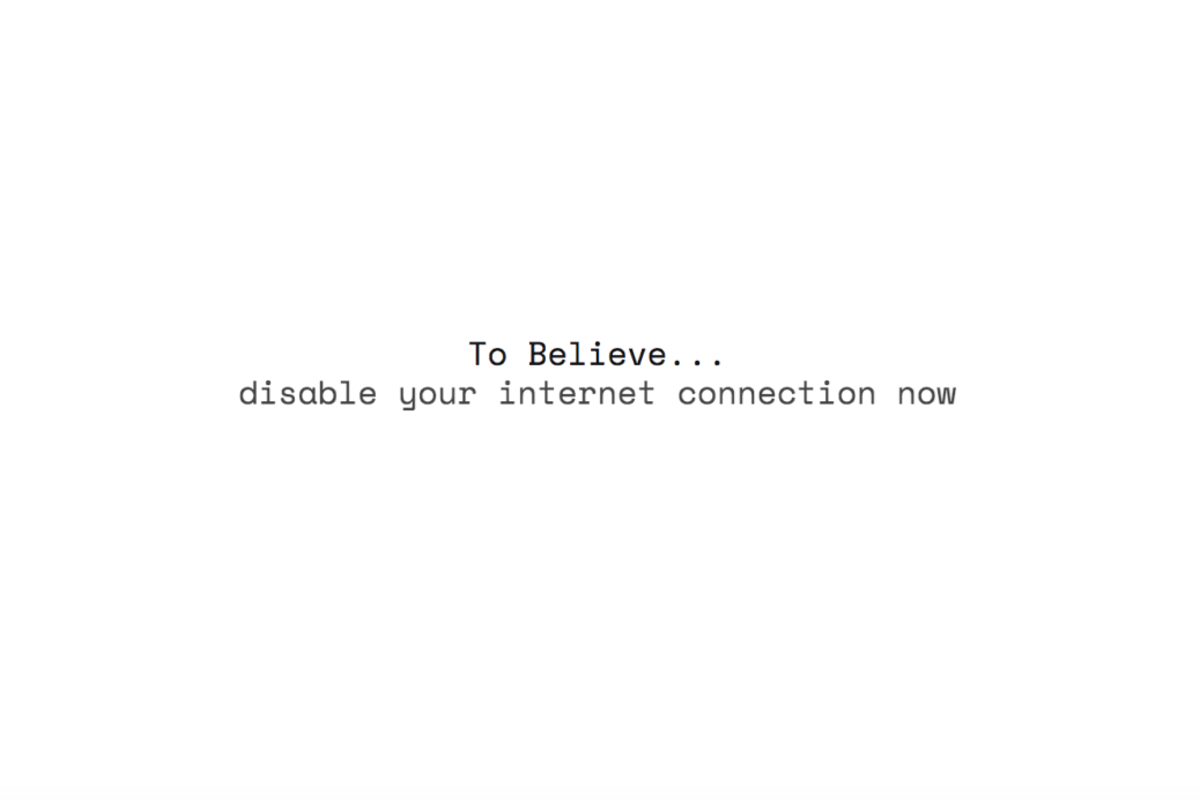 Once disconnected, a second screen appears: 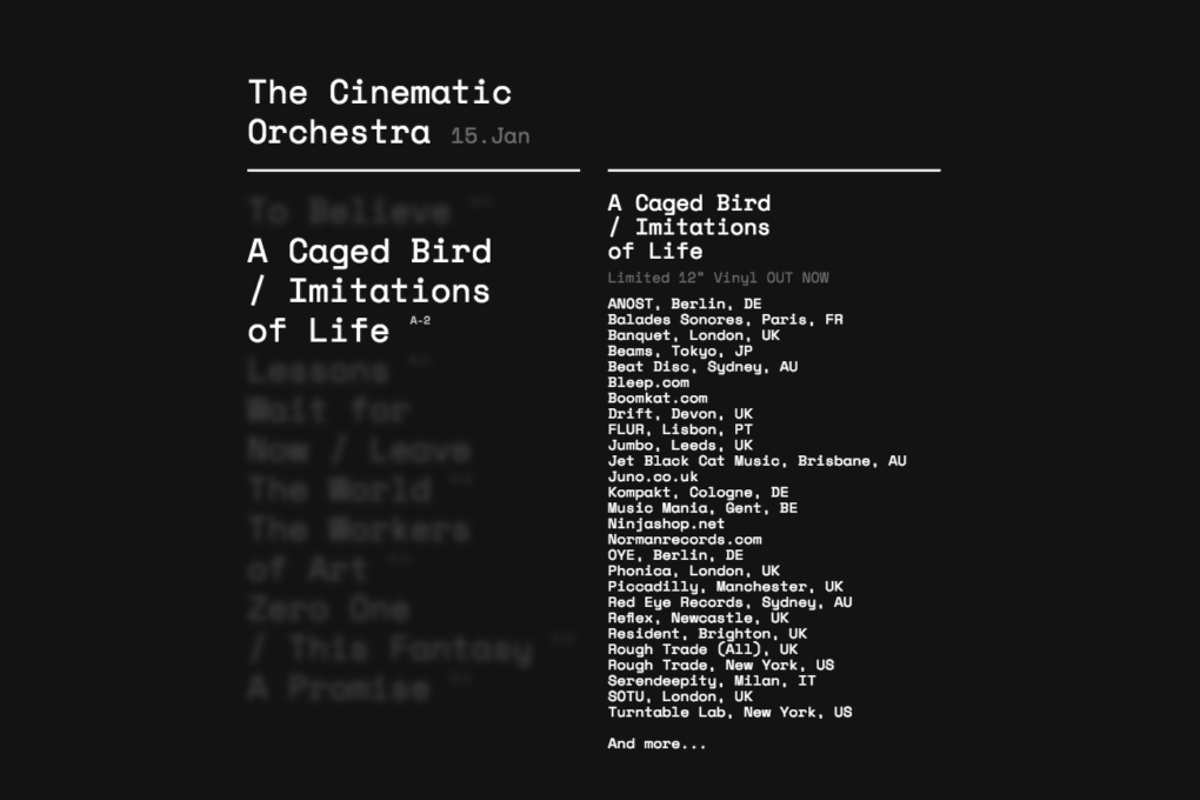 No word has been given on any future releases, but it’s safe to assume the blurred out words in the background mean more music is sure to follow, including an album according to Gilles Peterson:

listening to the @TCO_Official album…. yes its finally coming and def worth the wait… hopefully I can play a song on the radio soon!

‘A Caged Bird’ / ‘Imitations Of Life’ follows TCO’s ‘To Believe’ single with Moses Sumney in 2016, as well their 2012 album In Motion – both of which were also released by Ninja Tune.

Head here to order a copy of ‘A Caged Bird’ / ‘Imitations Of Life’ now.