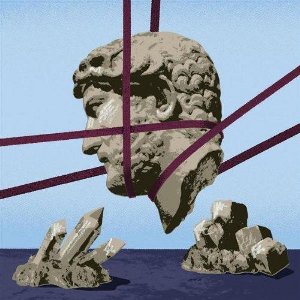 Available on: EMI (CD) and The Vinyl Factory (Vinyl)

Out of a huge, varied range of musical loves, Hot Chip have developed a unique and instantly recognisable voice, which is nearing its perfect expression on this, their fourth album. More than anything, this is a modern soul record, but one which up-ends the very foundations of the genre; this is soul without the sex. Instead, there’s pledges of fidelity and friendship sung in innocent falsettos. Both in its subject matter and its sonics, One Life Stand is a more serious Hot Chip than we’ve heard previously. The jokey throwaway lines are gone – there’s no ‘Hot Chip will break your legs’ anymore, and when Joe Goddard sings about playing Xbox with his pals, it’s genuinely moving.

The skittish and slightly hyper feeling of previous Hot Chip records is also gone – the melodies are clear and certain, free from distractions. Reviving a lost art, One Life Stand falls into two quite distinct sides. The first side, from tracks 1 to 4, is Hot Chip on the dancefloor, and it sounds massive. These definitely aren’t house tracks – they’re too innately Hot Chippy for that – but like early house records, there’s a love of the bold, simple hook, repeated often and preferably with lots and pianos and strings. With people who are as good at writing melodies as Hot Chip, that’s a pretty great look. The side culminates with the title track, which is deservedly everywhere at the moment, but I tend to think that the preceding track, ‘I Feel Better’ is, well, better. Like many of us, I thought I hated AutoTune more than life itself, but then I heard this and it filled me with the zeal of the religious convert. Seriously, this night-drive through strings stabs and robot-love vocals is amazing.

The record’s second half has Hot Chip focussing on their sweet and often underrated ballads. These are such gentle songs, like Al Green records in that they seem so content and tender that they sound a little fragile, as if they might just break down under their own happiness. Ultimately, you most likely will have decided long ago whether you like Hot Chip or not. If you don’t, you should still give ‘I Feel Better’, a go, just to check. But if, like me, you do, then this is pretty close to the Platonic ideal of a Hot Chip album.