Baobinga and I.D. ready ‘pay what you want’ album 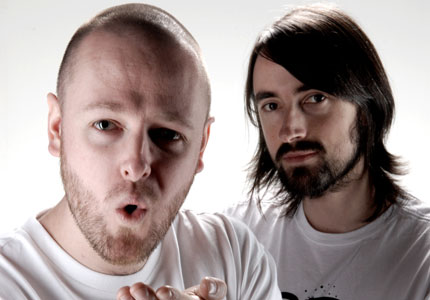 Sam Simpson and Ed Bayling, a.k.a Baobinga and I.D., are in their own words, “having a crack at this whole new music model”, and giving away their new album online.

The pair, who met in Manchester, count Claude VonStroke, TRG and more amongst their fans, and have recorded in the past for labels like Fat! Records, before starting their own Build imprint last year, where they’ve released their own singles, plus remixes by Roska and Untold. The pair also released an album for Fat, titled Big Monster in 2008.

“Technically”, says Baobinga, “we not giving [the album] away, we’re going to do the ‘pay what you want’ model – and ‘cos we used a couple of cheeky accapellas, any money that comes in from it is going to go to a hospice in Hull, where I’m from, a long time ago.”

As well as work with I.D., Baobinga collaborates with Ginz (of Joker and Ginz fame) as the Bodysnatchers. Tracklist for the album is below; we’re waiting on the release date.

Update: I.D. will be releasing it on March 1. You’ll be able to purchase it here.