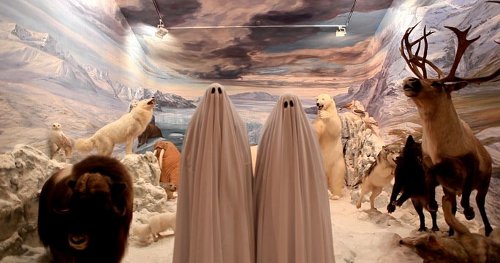 Sonar is great. It’s got the same problems as every other festival (drinks queues, toilet queues and the fact that it’s full of twats – and at some point over the weekend you’ll probably end up doing something that makes you one too), but it’s in Barcelona so the weather’s sweet, and the venues are amazing: Sonar by Day takes place across two indoor and two outdoor stages in the lush university campus, and Sonar by Night across the same combination in a colossal out-of-town hanger. Oh, and if you’re from London or Glasgow then you’ll probably know half the people there. This is a round-up of what I saw this year.

The first day of Sonar by Day saw Swedish-born vocalist Fatima rock probably the best outfit of the festival, performing tracks from her Mindtravellin’ EP, freestyling over Wu Tang and more. Her label boss at Eglo, Alexander Nut DJed for her, warming up with a brief grime session which was very welcome in the beating heat. New York producer and vocalist Pursuit Grooves was more MC than R’n’B, performing a live mic ‘n’ laptop set that was more rowdy than I expected from her recent mini-album Fox Trot Mannerisms. It was good, and she closed on a stretched-out edit of Lumidee’s stone cold classic ‘Never Leave You’.

Following that was a 90 minute DJ slot by Rinse FM’s Braiden, who overcame a mid-set power cut (he probably enjoyed the break) to provide one of the festival’s highlights with a selection that took in electro, techno, house and Funky, peaking with a blend of Ame’s ‘Rej’ and his own brilliant ‘The Alps’. ‘The Alps’ also featured, alongside Ramadanman’s ‘Work Them’ and more, on a typically considered set by Joy Orbison, who opened the Mary Anne Hobbs stage at Friday’s Sonar by Night with Oneman’s regular MC, Asbo on mic. 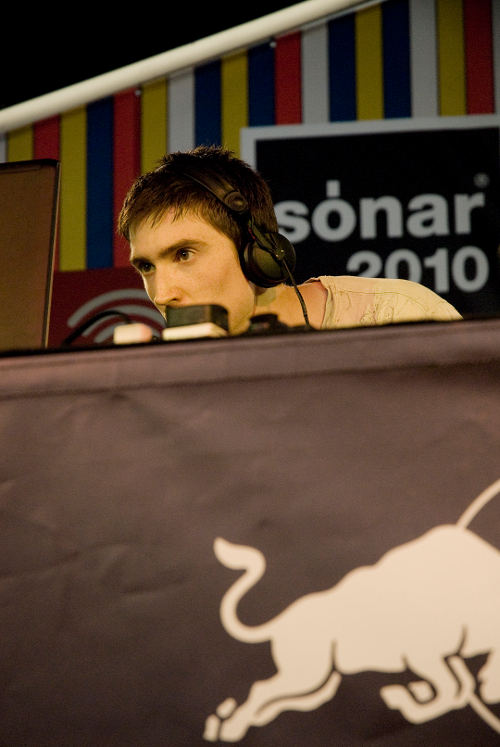 
To be honest, when the line-up for Mary Anne Hobbs’ stage was announced, I was a bit disappointed to see Flying Lotus on it. Not because he’s not good (he obviously is), and not because it wasn’t well timed (he’s just released his biggest album to date). I just thought that considering he played the same stage two years ago with Mala and Shackleton, it would’ve been good to give someone else a go. Still, whatever – he did play it, and he was great. This year’s Cosmogramma might be his hardest album to digest yet, but it clearly hasn’t affected the fun of FlyLo’s live show one bit – he opened with his edit of Lil Wayne’s ‘I Feel like Dying’ and rolled through plenty of live-edited versions of his own material and others’ before climaxing on a big, dumb and very welcome dubstep wobbler.

Something FlyLo’s always had down pat – and it’s something Americans are generally better at than Brits – is the visual side of Ableton DJing. Just make sure you look like you’re having the most fun in the world and the crowd won’t judge you for not actually beat-matching. FlyLo’s charisma is half the charm of his live show, and it was emphasised when Roska followed his post-set banter (“y’all copped that Cosmogramma yet?”) with a comparatively subdued attempt to gee up the crowd. It didn’t get quite the reception Roska wanted, but I guess California accents translate better abroad than South Norwood ones.

Never mind though, because Roska was very good. Given the fact that Sonar’s a very techno crowd, and when Roska played a remotely techno-sounding track early on he got a ton of encouraging cheers and whistles, it would’ve been an easy move to play things safe and ultra-housey. Luckily he didn’t, making the brave move of dropping UK Funky vocal anthem ‘Do You Mind’ mid-set and bringing on vocalist Jamie George for a live PA. I’m really glad he stuck to his sound, and his set was all the better for it. ‘Rat Alert’, ‘Get Low’ and ‘Sirens’ all featured, along with ‘Pon de Foley’ and a UK Funky edit of Daft Punk’s ‘Technologic’.

Elsewhere on Friday’s Sonar by Night, Richie Hawtin did his loveable techno theatre thing, performing as Plastikman from behind a screen that filled up with numbers, Matrix style, before appearing in front of it for an incredibly intense encore of ‘Spastik’ which was the best part of the set. He later got assaulted on the Dodgems by Rinse FM’s Elijah and Skilliam – shaky evidence here. Dixon followed him, and seemed to be building up his set nicely: the inclusion of a remix (I presume Carl Craig’s) of Hot Chip’s ‘One Life Stand’ was a bit strange, but he moved on into a well-received passage of dusty, Moodymann / Andres style house. Still, I was lagging by then so knocked it on the head. 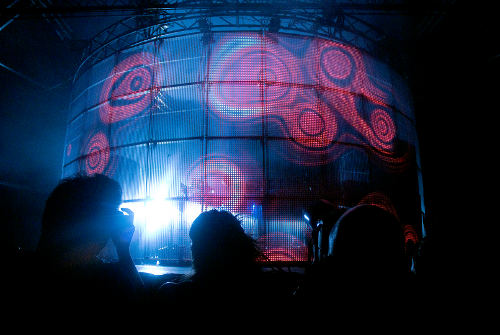 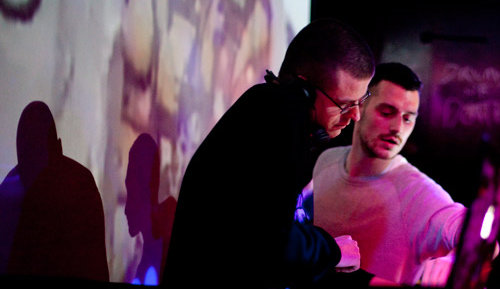 
Speaking of Moodymann, I managed to siesta through his and Space Dimension Controller’s sets at Saturday’s Sonar by Day. Whoops. Got down there in time for Lunice, who I’d never seen live before and it turns out is a total star. He played a set of hip-hop edits (I presume mostly his own, but there was also a recent one from fellow Canadian Hovatron) off Ableton, and like FlyLo, had the visual side down pat, wilding out from behind his laptop and jumping into the crowd to dance. If a Brit did it they’d probably look like a twat, but Lunice came across as a total showman and completely loveable. David Banner, Beyonce, Soulja Boy and more featured on a set bound together by total neck-breaking, clinical snap.

Numbers’ Jackmaster then closed the Red Bull Music Academy stage with a 90 minute set that featured Prince, Aphex Twin, MMM, Dizzee, Mr. Oizo, Lil Silva, French Fries and everything in between. You probably don’t need me to tell you that he’s a very, very good DJ and always worth seeing, but if you do – well, he is. As with Braiden, it’s hard for any DJ who mixes in a fast UK style to keep you dancing for 90 minutes, but those two manage it.

This really was the Sonar of Glasgow. Not only was half of Barcelona covered in Numbers and LuckyMe stickers, but the latter provided Saturday Sonar by Night’s highlight with a three hour label showcase. Before them came Fuck Buttons, who’ve made some good songs (‘Sweet Love for Planet Earth’) but didn’t impress me live. I don’t know whether it was their fault or the sound engineer’s, but their long passages of noise sounded really muddy, and when they brought in live percussion it was barely audible. Poor sound or not, their live approach reminded me of the period about a third of the way through the last decade when every post-rock band started to use the same old methods to build up tension and release it – it just seemed like the same cheap trick over and over again to get a crowd reaction. 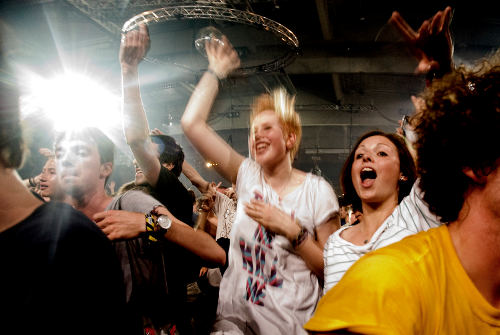 LuckyMe’s stage took the form of four 30 minute live sets from New York’s Machinedrum, Lunice (filling in for Mike Slott), American Men and The Blessings, then a DJ set by Eclair Fifi and John Computer, whose identity was pretty obvious for those in attendance, but I won’t say it here. American Men were fun, and I like the fact that LuckyMe are trying to apply their hyper-coloured, shimmering aesthetic to quite a tired format in instrumental post-rock, but I’m not sure they’re quite there as a band yet. They’ll hopefully get better with time.

Machinedrum played a very focused set that at times reached an incredible balance between Autechre-esque electronica, neck-snapping hip-hop and Baltimore club, while Lunice did pretty much the same thing as he did at Sonar by Day but to more people – which is fine – before staying on to MC with Olivier Daysoul, drag people from backstage for dance routines and all sorts. Like I said, total showman. Other highlights came courtesy of The Blessings playing Drake’s ‘Miss Me’ and Eclair Fifi dropping the Dials edit of ‘Hyph Mngo’ that I always secretly want to hear when I hear the intro to the original creep in during a Joy Orbison set. I probably should have seen more elsewhere, but bar three songs from Dizzee and some dodgy fidget house during round two of the Dodgems, I didn’t.

Last things last, the off-Sonar parties that make up as much a part of the weekend as the festival itself. Resident Advisor’s pool party was fun, more due to the fact it’s a pool party on the rooftop of the beautiful Hotel Diagonal than any music I saw (I did manage to miss Michael Mayer’s set though, so there you go). The Plat du Jour / Hyperdub / FACT party was brilliant, with Flying Lotus and The Bug making surprise appearances, and Ikonika in particular playing a stormer, dropping classic grime and edits of Aaliyah and The-Dream in among the blood red dancefloor missiles that are her own productions.

Finally, Glasgow and London came together on a really special joint party at Razzmatazz by Numbers and Elijah and Skilliam’s Butters label, which was the perfect way to close the long weekend and say goodbye to the city and all the old and new friends we met there. Guess I’ll see you next year. 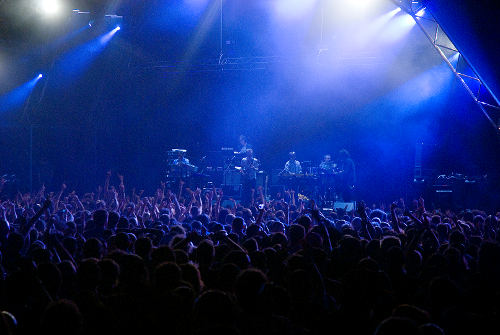