When he’s not sleeping with his studio monitors, Danny ‘Altered’ Natives is one of dance music’s hardest working musicians.

This year he’s already released two superb full-length albums that showcase both his broken beat past and his amorphous house present to juggernaut-heavy effect. He’s also one of the most entertaining people you could ever hope to follow on Twitter, but that’s another story.

Not content with those aforementioned albums on this year’s release schedule, he recently added a ton of free-to-download tracks to his Soundcloud page; a reaction to people pirating the material already available there, and a way of providing new listeners with some context to Altered Natives’ current persona. The majority have reached their download limit, but after our chat with Danny, he kindly re-uploaded a bundle for the benefit of FACT readers.

You just uploaded a ton of Altered Natives tracks to Soundcloud as free downloads – claiming they give an insight into the last ten years of your career under the Altered Natives name. When/where do these tracks date from, and can you expand a bit on the insight they provide?

“The earliest track in there dates back to 2000, that track being ‘My Days of Being Wild’ my first release under the name Altered Natives for the now mythical People Records where I first became exposed to the broken beat sound.

“Then through to 2004 for some backdated released work which I’ve never seen a penny for to this day, and some unreleased pieces all the way up to late 2008. There’s also non-broken beat pieces, I’ve never settled for making one style of music, instead opting for creating a set sound instead. I just felt it would be a nice gift to give to my newer fans who are only familiar with my more current work.”

You upped the tracks as a reaction to your music being pirated, which is obviously something you feel quite strongly about…

“As I was just saying it would be a nice gift to give these rare bits to the fans and supporters of what I do.

“I recently was caught in the wake recently of the track-ripping tidal wave. And it was my own fault at the end of the day – I’m a producer, artist, whatever you want to call me. I love what I do, and I enjoy sharing my work if I feel it’s good enough, but I was ignorant to believe people would respect my work enough instead of ripping it straight off Myspace or Soundcloud.

“For a good week I was in a dilemma about what to do? I was getting emails from around the world from people gratefully thanking me for making my music then openly saying how they ripped it. Even asking me what’s the best way to rip my music? [laughs]

“It made me angry at first, then I realised that not everyone around the world can afford to buy music in undeveloped or 3rd world countries or have the complete gift charm in written English. So basically this is as free as it gets from me. This is a gift out of kindness back to my fans and supporters – paying and non-paying – because after this I won’t be uploading whole tracks to rip anymore off any of my pages hosting my music. They’ll just have to steal it another way.” 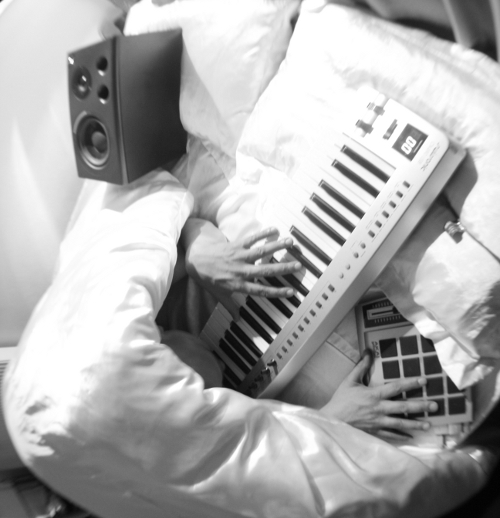 You dropped two albums this year, Tenement Yard and Serial Vendetta, and what I find really interesting is that they’re clearly not to be taken as part of the same lineage – you even specified that Serial Vendetta was a follow-up to an old album, rather than Tenement. Is it fair to say Altered Natives is a project with two different sounds or personalities running alongside each other?

“Yeah, I’m glad you’ve brought that up. Tenement Yard Vol. 1 was solely about the dancefloor, and based within the rules and realms of dance music and a series project which you’ll see more of next year. Serial Vendetta on the other hand was the follow up to my first broken / bruk album, A Thousand Days of Patience.

“My biggest mistake was releasing two albums so close together. I honestly never predicted the popularity Tenement Yard would receive. Serial Vendetta was really for my die-hard fans who loved the first album. It makes me laugh that it has been badly received as “the shittest dubstep album ever”, to those whose real knowledge of my production begins and ends probably with ‘Rass Out’.

Tenement Yard in particular was just a massive, unrelenting album, quite hard to take in all at once. How long did it take to make, and did it work out the way you planned?

“As I said earlier I never expected the response to be so positive.

“I’ve always embraced producing all types of music, and I wanted to just batter dancefloors with the same energy that I had put into my music previously.

“The Tenement Yard idea was to do just that but in the stylings of what I held precious from my years of growing up around dance music. It took a year or so, I’m sitting on two volumes and chopping and changing as we speak.”

What else do you have going on right now?

I’ve just finished a house EP for a label called Bosconi in Italy which is next a whole next thing, I’m interested in seeing how that’s received. Oh no? More shit dubstep. [laughs]

There’s a string of remixes due from me for Deep Teknologi, Paul Woolford & Donn T this year to name a couple off the top of my head. As for my label, EYE4EYE, were going to be releasing 2 exclusive vinyl samplers of Tenement Yard Vol. 1. Plus an EYE4EYE compilation in the new year featuring some seriously sick producers who I’m pushing. It plays across the spectrum, starting in the rules of house then progressing into the bruk out zone towards no holds barred 140bpm territory.

“I’m more than excited to say the least, I have a lot of faith in the producers I’m pushing on this so you’ll have to believe me when I say it’s fuckin’ banging!”