Fabric have revealed full details of Shackleton’s contribution to their CD series.

You know Shackleton, we know Shackleton – the Lancashire-born producer came to prominence running the dark dubstep label Skull Disco with Appleblim, and since relocating to Berlin, has continued to hone his studio productions and his live set to blistering proportions; in both fields he’s now one of the best operating today, as displayed on his incredible Three EPs collection for Perlon last year.

Talking to Fabric for the CD’s notes, Shackleton reveals that he “got into making music on a computer by default.  My previous partner in music went to the other side of the world and converted to Islam, and I didn’t want to be a one-man karaoke outfit so I bought a computer.

“This turned out to be a good thing for me as it made it easier to make the music that I wanted to make. Mine and my friend’s lives had a diverse soundtrack, but I remember that Stooges, Can, Throbbing Gristle, Kraftwerk and Faust were all favourites.  To be honest, I haven’t really moved on from that stuff. I started playing guitar in a punk band at 14.  We were not very good and got booed off stage and things thrown at us. Plus ça change, really!”

“With the mix I’ve made, I have tried to make a set that would best represent the set I played on that night [his first appearance at Fabric], but minus the mistakes. Some of the tracks are re-jigged versions of older material, some of them are new. Some of them will never see a release in any form aside from this. Some of them are not even tracks, just coincidental parts merging with each other between tracks. Those are the best bits actually. I don’t expect everyone to like it.  I know it is not to everyone’s taste.  That’s why I appreciate Judy sticking her neck out for this and I hope some people like it.” 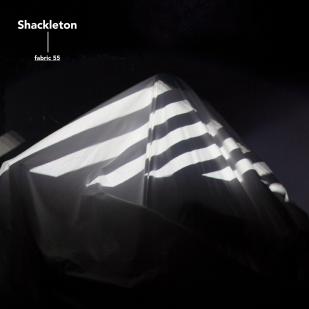