Download Jamie xx’s mix for Benji B; hear his Adele remix in full 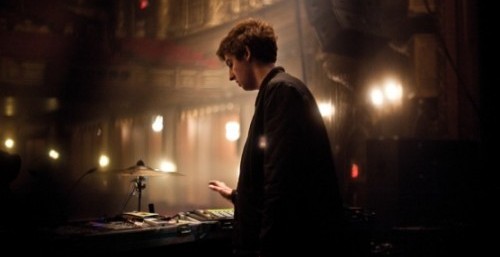 Kind of taking a punt on this one, but there’s this guy called Jamie from a band called the xx and we thought you might like him.

Last night, Jamie was on Benji B’s Radio 1 show, and delivered a succinct mix that features chopped and screwed edits [update: well, they’re just slowed down really] of Crazy Cousinz and Rui da Silva’s ‘Touch Me’ (the latter is memorably sampled in Jamie’s forthcoming Gil Scott-Heron remix album for XL) alongside Zomby, Becoming Real, Jacques Greene, James Blake and more. Oh, and his remix of Adele’s ‘Rolling in the Deep’ and a track from said Gil Scott-Heron remix album. And, even better, Lumidee’s ‘Never Leave You’.

P.S. XL uploaded audio of that ‘Rolling in the Deep’ remix to Youtube last night, so you can now enjoy it without the Boiler Room’s MC.