New talent: How To Dress Well 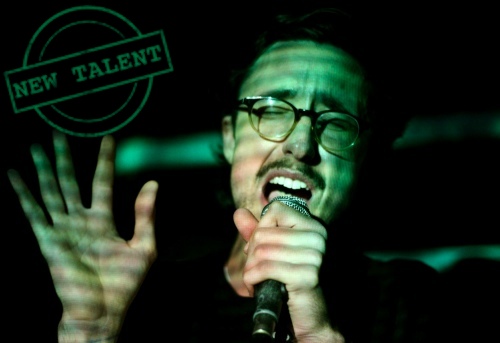 Originally released last year on Ledse Records to surprisingly little fanfare, How To Dress Well’s Love Remains is one of the most absorbing and original albums we’ve heard in recent years.

Dividing his time between the States and Germany, Tom Krell applies his own cracked, intuitive and abundantly sincere singing voice to the kind of melodies one most readily associates with chart-routing R&B and new jack swing. More than pastiche, these vulnerable vocal takes are framed in reverb-heavy soundscapes that variously recall isolationist electronics (think Lull, Experimental Audio Research, etc), Hannett-influenced goth productions circa 1980, and the most radical outliers of ambient black metal. It’s meta-pop, un-pop, post-pop, call it what you will – coaxing out the doom and disquiet latent in the most saccharine and radio-friendly songcraft, exploring, and extrapolating from, the unconscious currents of loneliness and yearning that course through even the most studio-buffed unit-shifters.

This month sees the re-release of Love Remains on Tri Angle (oOoOO, Balam Acab, etc), the perfect home for How To Dress Well’s (nec)romantic R&B experiments. FACT took the opportunity to talk to Krell about the man/animal divide, finding one’s own voice, and the arbitrary business of names.

Love Remains comes across as a very coherent record, with a strong narrative thrust – but we gather it’s made up of a hotch-potch of material, old and new…

“It is coherent, yeah – some people say they find it all over the place, but for me it’s a really unified experience. I mean, I only ever record with multi-song sequences in mind, so even though the record was gathered from older stuff, I already had a sense of the connections or guiding threads in the sounds.”

“Cologne was awesome. I went there for work and couldn’t have guessed how many great friends I’d make. I didn’t really socialize with musicians – some of my musician friends hang exclusively with other musicians and that’s never been my style. Cologne is a great place to live though, a great place to dance too, because Kompakt is based there so there’s always a great DJ spinning somewhere.”

“I was thinking a lot then about animals, the man/animal divide…yeah…that music never felt right because it was just too premeditated.”


Tell us about some of the music you made when you were growing up, before you found your own voice…

“Yeah, I was in black metal bands and noise projects. Lots of drone stuff. Played a lot of emo too [laughs]. It’s funny though, the project that came right before I recorded the stuff on Love Remains was kind of happy, musique concréte stuff with me singing really high-pitched, like even higher than I do on Love Remains. And I was thinking a lot then about animals, the man/animal divide…yeah…that music never felt right because it was just too premeditated. It never filled me with joy like some of my other music projects – like when I was in middle school I took a summer school thing at a local radio station and me and my friends made like 100 rap cuts there and we felt so free. We thought we were gonna get signed [laughs]. But yeah, I’ve thought about this a lot – because for me, Love Remains really feels like the moment I properly found my own voice. 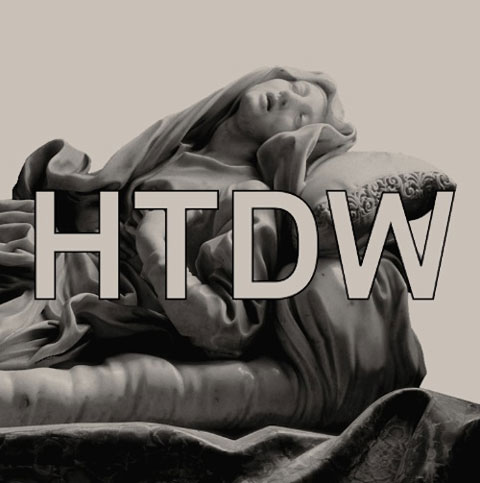 How did How To Dress Well first take shape? Did you have the concept and parameters of the project established before you began recording, or did these arise out of experimentation?

“There was no planning at all or conceptualization… Like I said, I was doing these musique concréte things that felt kind of stale, so then I said fuck it and decided to just start singing more straightforwardly, singing these choir-like pieces. Then, one day, I recorded ‘Suicide Dream 1’. It felt amazing and purgative in a way the music I had been making previously just never did. Then I recorded like 45 songs in four months. I’ve been recording at least 10 songs a month since ‘Suicide Dream 1’. I still don’t really know what the identity of How To Dress Well is: I feel like it’s growing a lot right no, changing, like I’m becoming more confident, like I’m starting to feel ready to really record something special. Love Remains is just the beginning.”


When did your love affair with R&B begin, and how has it developed over the years?

“I mean, I was a little boy watching MTV and listening to the radio. And since I could sing, I liked singers. I liked Hi-Five a lot. I like New Edition. I loved melodies and I loved Starter jackets. My life’s sadness and the R&B music I make now and the R&B I loved first, as a boy, are separate I think.”

What have been your other significant musical awakenings in life…?

“Xiu Xiu. Seriously. I listened to nothing but Xiu Xiu for like an entire year in 2002-2003. Jamie Stewart is definitely one of the main reasons I make music. When I was 12 and got ATLiens. So dope. Oh in 2000, I got this Current 93/Antony/Immortal Bird/Cripple and The Starfish 7″ that completely changed my life. Watching Totally Fucked Up around the same time changed my life, though that’s not music…”

“Another big awakening for me was getting a synthesizer, and liberating myself from songwriting via the guitar. This opened up the whole domain of pop music for me. I know a lot of other artists like me, artists I’m friends with, who feel like the synthesizer is the key to freedom. It’s through the synth that I found my voice, that I found myself as a post-pop artist.” 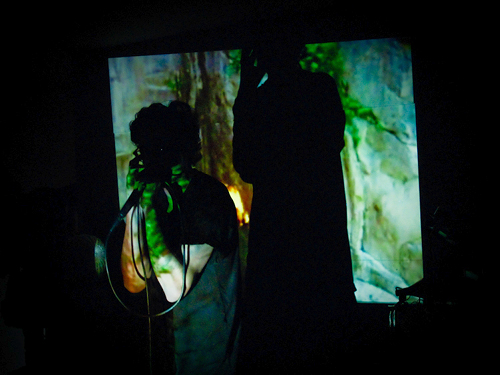 Tell us about the book, How To Dress Well, which gave you your name…

[Laughs] It was a really trashy book from the 1980s: lots of girls that looked mad Designing Women and lots of American Psycho/Miami Vice bros. It was a totally thoughtless decision, to call my music How to Dress Well, but no one gets to choose their own name – part of being a person means having a name thrown on you.”

What about the videos you’ve made with Jamie Harley?

“He emailed me and expressed his love for me and sent me the video for ‘Decisions’. Immediately, I flipped and we began communicating, sharing ideas, etc. We speak all the time – every time I do a show, we rework the videos. We really feel like we’re working towards something very special, something we want to do in galleries.”


How did you hook up with Tri Angle and come to reissue Love Remains through them?

“Robin from Tri Angle emailed me before almost any blog or anybody else. He was one of the very first people to praise my songs – it was a total honour because I love 20JFG. I don’t think Tri Angle even had a record out yet and he was saying: you’re making post-pop, you’re going to have success at this, your music is heartbreaking. I didn’t know how to respond. We just started talking and had so much in common and such a good vibe. So much respect and love. I wanted to release Love Remains with him from day one, so it’s a dream come true to have Tri Angle dropping the record in Europe, Asia, and worldwide.”

Are there any significant differences between the Lefse and Tri Angle editions?

“For the Tri Angle, there’s a limited edition, 400 run of the record with gold debossed font and white vinyl! These are dispersed all over, so they could be anywhere. After that, it’s back to black debossed, but still with white vinyl, which is dope. There’s a secret track on Love Remains, did you know that?!” 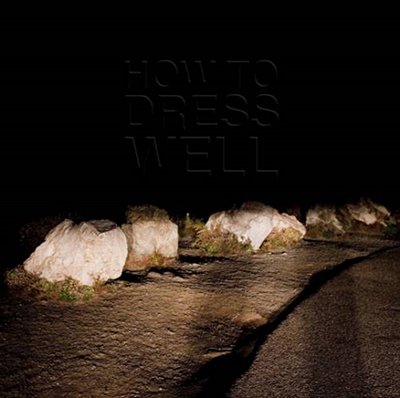 You would think there would be some precedent for combining R&B-style harmonics and vocalisation with extreme use of reverb and doomier atmospherics…but we’re not aware of any. Are you?

“I don’t know…precedents…I mean, there are special moments on Medulla, but nothing like How To Dress Well…For me, one really special moment was when I recorded ‘Ready for the World’. I was listening to it and all I could think was: this song is soooooooo dope! [laughs]. I was really proud. I mean, as far as precedents: I do feel like pop music is really entering a new phase right now. The power of the union is just this: the openness of pop as a musical form with a set of tropes can be combined with serious, tragic, hard, complex affects (and the complex noises typically attendant on these affects). This expansion of pop, this concentration of affect is, I think, really special.”

We know you like your black metal a lot… who are your pet bands?

“I’m into a lot of it – I’m really into the darkness, the ambience, the brutality. I’m like a Krallice, Locrian Ulver dude more than a Darkthrone dude, but I love that shit too. Peracletus is becoming one of my fave records of 2010…”

“This expansion of pop, this concentration of affect is, I think, really special.”

How did you feel about Lil B rhyming over ‘Ready For The World’?

“It was completely out of the blue. I am super hyped on his song, it’s so sick. I think it’s one of his best, which is an amazing honour. he’s a great man, an inspiring-ass creature. Family.”

You once said: ‘Are we a sample-based group?” I don’t really think so. I think that doesn’t quite get it, you know?’. Could you talk a little bit about your use of samples?

“I don’t use a lot of samples. I just approach songwriting by creating musical ambiences – whether through piano or synth or loops – which make me feel comfortable letting melodies and affects come out of my spirit through my voice. There’s lot’s of different ways to do that.

“I’m actually working on some instrumentals right now, but even when I write those, I start with my voice and let myself sing it out. Like, when I sing ‘Ready For The World’ live, I feel like I’m in a really warm bath or something – that musical ambience, that sample, those drums – make me feel at home and free to express myself.”

“A voice is very strange, you know – it’s like this alien, super-bodily thing.”

Have you always been comfortable with your own voice? A lot of the vocal takes on Love Remains sound incredibly vulnerable…

“I still feel like I’m learning to be with my voice. Singing live I’m learning how to sing even more. I’m really excited to sing my next record! A voice is very strange, you know – it’s like this alien, super-bodily thing. To manipulate it spiritually in song is an incredibly exciting, terrifying, fragile practice.”