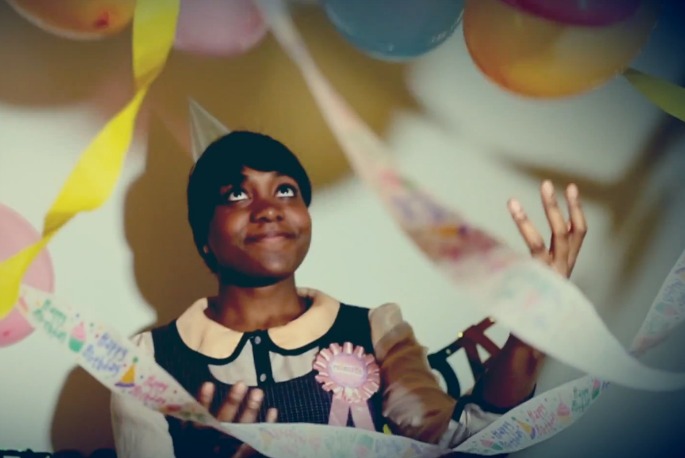 If you’ve been keeping a close eye on Chicago’s ever-blossoming hip-hop scene – which you really should be doing right now, what with a fresh crop of talent delivering mixtape upon mixtape of vital music this year, from King Louie’s Auto-Tuned drill-for-the-bedroom to Vic Mensa’s introspective dissections of his gun-infested city – then the name of this young rapper should be ringing bells already.

Noname Gypsy’s brief appearance on Acid Rap, the second mixtape from Chicago kid Chance The Rapper (and one of FACT’s favourites this year), was a standout moment even on a tape stuffed full of them. Her verse on the mismatched lovers’ duet ‘Lost’ is bleak but darkly humorous, with her psychiatrist’s instruction to “pill pop, baby girl” acting as a neat inversion of hip hop’s ubiquitous molly-popping references.

As for her own music, the 21-year-old has developed a croaky, and deceptively casual, sing-song rap voice, not so far removed from Chance’s own elastic vocal style. On the Ghost Town DJs-sampling ‘Baby’ she lowers it to a tenor to poke fun at her man’s promises to “wife her down” and “take her to Ikea”, while ‘Paradise’, her best so far, packs abstract lyricism alongside big dreams (“I wanna be the Bob Marley of this rap music”) and the wise mantra, “good things come to an end”.

Noname Gypsy’s debut mixtape Telefone is set to drop any day now; in the meantime, check out more of her material on Soundcloud.