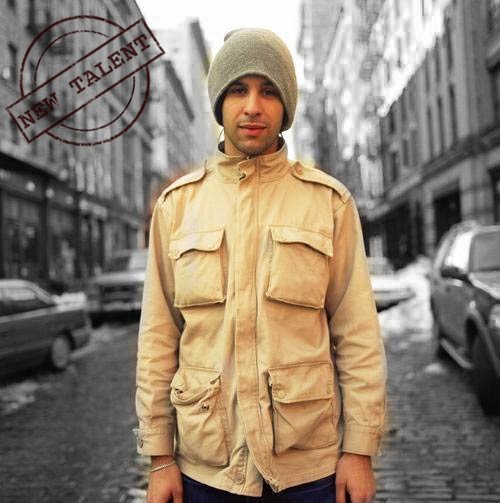 Morgan Zarate isn’t particularly new; in fact, as one third of cult band Spacek, he was making music over a decade ago.

He is, however, certain to reach a whole new audience this year, shunning the major labels that have hindered his development as much as they’ve helped it to sign an album deal with Hyperdub, January’s Hookid EP a taster of the rawer new direction of a producer who’s traditionally tailored his music for vocalists.

After Spacek split up, Morgan left London for LA, where he worked with acts such as Musiq Soulchild, Frank ‘n’ Dank, and – most notably, on single ‘Sticks & Stones’ – Ghostface and Eska. After returning to the UK two years ago, he’s now finally home – both geographically, and in terms of his musical approach.

To those unfamiliar, who is Morgan Zarate?

“Well I guess my music history is that I was part of a band called Spacek. There were three of us, Steve Spacek, Ed and myself. Together we did two LPs, one called Curvatia in 2001 and the second in 2003 called Vintage Hi Tech. After that Steve did a solo LP that I produced some tracks on and around 2006/2007 the band ended.”

What did you do then?

“I went to live out in LA for a while, I’m very much from a hip-hop and soul background, and when I was in LA worked with a lot of people. I did some tracks with Raphael Saaqid on one his records, did a little work with Musiq Soulchild, Sleepy Brown, Freestyle Fellowship, Frank ‘n’ Dank – those kind of people.”

But now you’re back in London?

“Yep, I came back a couple of years ago and started working with Eska Mtungwazi who’s a soul singer and worked with Zero 7. All the work we did together was for an album that didn’t come out because the record label folded. A lot of people heard track called ‘Sticks & Stones’ that was produced by me and featured Eska and Ghostface.”

“It’s kinda made me go back to when I was first starting to make tunes, that fearlessness of just making music and not worrying about what box it ticks.”

What happened with the track?

“’Sticks & Stones’ got some radio play and a few radio and club DJs had it… a few labels approached me to do sign the album but the management I was with at the time wanted to do a bigger thing. So I just decided to not do anything with it at all and carried on working on production for other peoples records and some TV music and ad campaigns.”

So fast-forward to now, how did you get together with Kode9 and Hyperdub?

“I first met Kode9 as I used be flatmates with Loefah for a few years. Myself and Kode became friends and we used to chat about music and we always got on really well. It always intrigued me the kind of direction he came from, I’ve always liked what he made, the process and they way in which he was putting out to the world. But I was in a different world, working for majors, doing more commercial things. I had management who were telling me that I shouldn’t go ‘underground’, so I never really thought about putting anything out on Hyperdub, although I always respected what they did.”

“For me it was really the time I heard Kode on Benji B’s 1Xtra show, he came in and did a Hyperdub special. He spoke about the label, his music, inspirations and I agreed with him, a lot. Then I found out he loved the two Spacek albums, so I gave him a call and told him I wanted to play some music to him … I had this whole album that I was going to release on a label called Sound In Colour, but as I say, the label folded. Then he got in contact with me as he wanted to use a track I made called ‘MAB’ in his DJ-Kicks mix and that’s when we started talking about what i could put out on his label.” 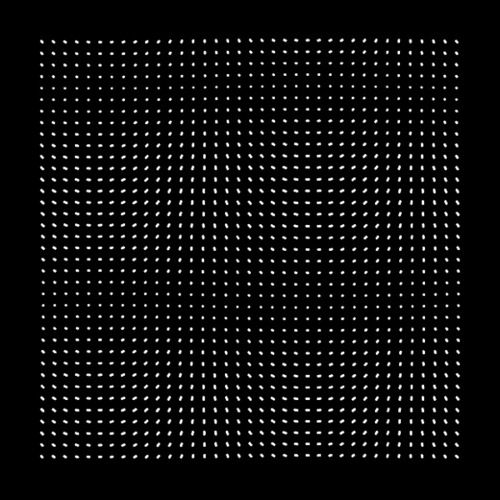 How did you decide what was going to come out?

“I went round to [Kode9’s] house and I played him loads of music, he played me loads of music and all that stuff and he said ‘I think its too soulful for me.’ Not that Hyperdub isn’t a place for soulful music but the only policy that they have is what they feel. Like James [Young, from Darkstar] probably never thought that North would be out on Hyperdub but it was. The label is all about growth, it’s all about moving forward.

“He asked me what else I had for the album and you know, I’ve always worked in a way to make finished songs, finished productions with a vocalist or MC on the top, so I played him just some raw unmixed instrumentals and he said ‘why don’t we do an EP with these tracks?’

“So I was kinda stunned, but I was glad he liked it. The funny thing is that a lot of it was stuff I made that week before the meeting but he was feeling it. And it made me happy ’cause it meant that I can take all that expressive stuff I usually just make for myself in the studio and not worry about which vocalist or rapper it’s or, and just let the tune do what it does and not worry about what fits where. It’s kinda made me go back to when I was first starting to make tunes, that fearlessness of just making music and not worrying about what box it ticks.”

Tell us about the new EP, Hookid.

“Well when it was released it was number one in the iTunes UK Electronic chart, it’s mad, Reggie Yates has been championing it.  It’s a bestseller on Boomkat, Juno, Beatport… it’s funny ‘cause I was talking to Marcus who runs the label with Kode9 and he just said ‘I will tweet it later’. The nice thing about working with Hyperdub is that they never really push anything, it’s not really their vibe. They kind of let the information go out there and see what happens, let people talk about and just let it exist. It’s nice that they’re not hard sellers ‘cause that’s not really my vibe either.

“The stuff on Hookid isn’t the initial stuff that Kode 9 chose to put out isn’t the stuff we picked out earlier either, all these tracks are pretty much brand new.”

What’s the plan for those things then?

“Well I think we’re planning another 12″ and then an LP after that, so maybe some of it will be on there. It will be exciting to be releasing what I think is another side of me and I think some of the old tunes I initially played to Kode will be on there too. So it will definitely be diverse and all we both care about is what is good, no more no less really.”

“It’s nice to come back home to what I know, which is good underground music.”

Any idea when the LP’s out?

“June I hope, that’s what we have scheduled in. So once the LP is there we’ll do a bunch of 12″ singles with some remixes and things. I love the whole concept of an LP, remember when Radiohead gave out their last album for free? You had to get the whole thing, they didn’t want people just downloading single tunes here and there and I really like the idea of that. People just don’t listen to albums in the same way, which is a bit of shame ‘cause it’s nice to listen to a whole body of work.”

Whatever happened to Bash, anyway? [Morgan’s short-lived club night he ran in London with The Bug & Loefah]

“I think everyone got busy, it was rare that we were ever all there together. Out of about eight sessions I think we were all there together maybe three times? And the whole premise of the night was that we were the three residents. We were always on the road or in the studio so much so it was so hard to get a date that we could all stick to.

“There was one session where all three of us were out the country so we had to get three people to cover it and another time the police shut us down ‘cause there was a fight, it was all a bit crazy, we definitely we’re not on it. But that night was always a lot of fun and I had just come back from the States, so it was nice to see what everyone was up to.”

How did you meet them both?

“I share a studio with The Bug and used to live with Loefah, they’re very much about what is going on here in London and bass. I’ve always been very much soul and hip-hop, but them two opened me up to a lot of things. It’s exciting to see how well everyone is doing right now. Loefah’s whole Swamp81 project has taken off to some next level and there’s some sick things coming up this year. Bug is doing really well too, he is always touring and doing shows, last year he had the King Midas Sound album on Hyperdub, and he has a new thing called Black Chow.”

What else have you got planned for this year?

“I got some gigs coming up, a few festivals… I reckon it’s all about the album later. I’m working on a few other music projects too though, there is something called The Shining that’s a bit different, but overall it’s nice to come back home to what I know, which is good underground music really and I’m just ready to put some things out and have a good year.