Talking magic, alternate reality and orgasms with the maker of one of the year’s most engrossing albums 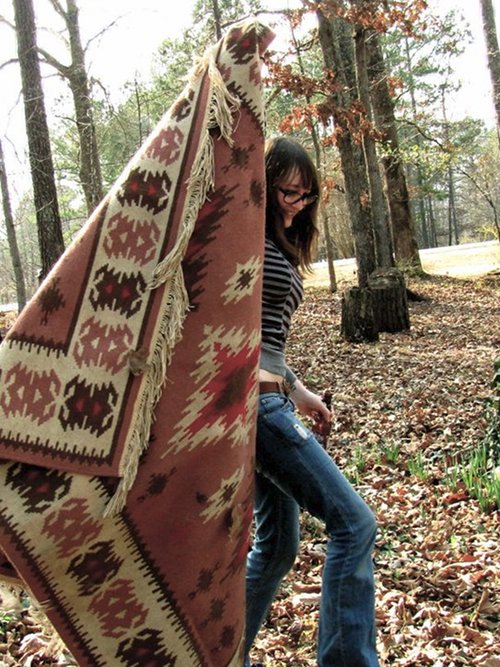 Motion Sickness Of Time Travel‘s Seeping Through The Veil Of The Unconscious is one of the most engrossing, seductive and transporting albums released in 2011, and yet the chances are you’ve not even heard of it.

It’s not your fault: it’s been a tricky record to get hold of. Originally released in a tiny cassette run last year, Digitalis issued a super-limited vinyl edition of Seeping shortly after Christmas, one which sold out before the more laconic among us had even registered its existence. Though it’s annoying that physical copies are difficult to come by, it only adds to its near-magical aura of the work itself. Informed by love, nature and psilocybic awakenings, Motion Sickness Of Time Travel – AKA Rachel Evans of LaGrange, Georgia – has crafted something truly unique. You could make broad comparisons to the elegiac synth drifts of Oneohtrix Point Never or Emeralds, but MSOTT’s compositions feel somehow more human, more tacticle and tangible – thanks in no small part to the prominence of Evans’ voice, a serene, wordless coo which she multi-tracks into choral layers almost overwhelming in the frankness of their beauty.

As is no doubt obvious by now, we’ve been thoroughly besotted with Seeping, so it seemed only right for us to get in touch with Rachel and ask her a few questions about her work. What follows is the first interview that she’s ever given.

Tell us about the origins of Motion Sickness Of Time Travel.

“MSOTT is the only solo project I have right now; I started using that alias in 2008. The project’s name, Motion Sickness Of Time Travel, was a title [my husband] Grant suggested. He took the phrase from the William Burroughs novel, The Soft Machine. Up until that point I hadn’t recorded under a moniker, just under my own name. My music before starting MSOTT was all really terrible singer-songwriter-type pop music, and it just makes me cringe now..I wanted to re-invent my sound. For a while I had been slowly moving away from that singer/songwriter sound and towards what for me was a totally new way of looking at music composition.

“I was just trying to make something that suggested an environment all on its own…an alternate reality.”

“The first two years of music school as an undergrad taught me some standard rules about songwriting, and what made music a ‘song’. I met Grant my first year of college, and right away he began introducing me to tons of new music…Not only had I never heard of the bands or acts before, but I’d never heard music like that before. As Grant would introduce me to new music, at least new to me, (artists like Atlas Sound, Lichens, Valet, Terry Riley, Steve Reich, Cluster, Faust, Kraftwerk, Fennesz and Tim Hecker) outside of school, my theory professor, Dr. Mitchell Turner, was introducing me to composers (like Berio, Cage, Saariaho, Satie, and Varèse to name a few).

“My music really didn’t begin to transform into MSOTT until I started looking at music outside the context of a song, or a formula. Instead, I began trying to imitate Valet’s vocal style. Adding as much reverb as I could to my voice until the sound of the voice became the music itself (I actually did a whole piece based on that concept that was performed with my Mac’s onboard microphone and a custom convolution reverb).That’s really where MSOTT started… trying to create soundscapes rather than traditional songs; just trying to make something that suggested an environment all on its own… an alternate reality, if you will. I wanted to see just how beautiful (at least in my opinion) I could make my voice sound. 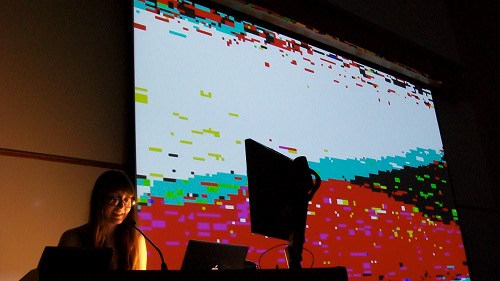 So there’s a lot improvisation at work?

“Now when I sit down to record, it’s all improvised, yes. I don’t think about anything I’m going to do before I do it, and I never write anything down. Any words that I use in my vocals are improvised on the spot too, and most all of the tracks with words (whether you can distinguish what I’m saying or not) are either reflections on nature, magical experiences, or love songs to Grant (and those three things all overlap for me anyway). They’re all love songs in one way or another.”

“They’re all love songs in one way or another.”

Did you conceive of Seeping as a coherent, unified work, or did it come together in more piecemeal and haphazard style?

“Seeping was definitely conceived as a coherent work. I was really used to recording for C60s, and they were the only length tape we had that were new and blank. I also really love that timeframe for an album, it works really well for me. From the start I knew I wanted to end up with six tracks, three on each side. Of course I left the lengths of each track up to chance…whatever unfolded was just the way it would be. As I already spoke about, I improvised the takes, one track at a time, layering from the floor of drone up to the sequenced synth sounds or lead lines, and finally topping it off with vocals. By the time I get to the vocals, the sounds I make just sort of come to me, it just flows.

“I had a pre-determined set of titles for the tracks on Seeping, and as each track was recorded I chose the title from my list that embodied the mood and feeling of the music the most. The track titles themselves are named after magical techniques that I was becoming more obsessed with at the time of recording the album. ‘The Alchemical Dream’ is the only track title that does not define a magic technique. For that reason, I feel the LP version does have a tightness, a coherence to it, that the cassette lacks. In light of that, it is rather fitting that ‘The Alchemical Dream’ was the one that was cut from the reissue.” 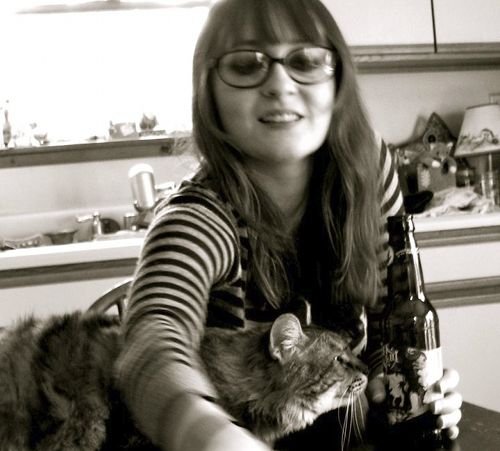 Tell us a bit more about your relationship to cassettes…

“Cassettes have always been a staple in our lives. Grant and I both grew up on cassettes…that time right before CDs, when CDs first came out. I didn’t get a CD player until I was 14, so up to that point all I had to listen to, and record on, were cassettes. I remember my first cassette player, it was a small plastic hot pink boombox with a tiny little hole on top that was the microphone. I’ll never forget the very first time I realized I could record my own voice onto tape and play it back, it was one of the scariest moments of my life…I was probably about 5 years old, and had sung a little made up melody into the microphone. When I played it back I swear it sounded like a ghost or the devil – an eerie, almost whispered voice, crackling and faintly growling as it spoke. Of course the second time I played it back it wasn’t scary, it was just my own voice. I don’t know if it was my imagination or if it really happened, but it’s something I’ll remember forever. It’s always been a small part of the lure of cassettes…their qualities can be a little demented and a little magical at times.”

“I was probably about 5 years old, and had sung a little made up melody into the microphone. When I played it back I swear it sounded like a ghost or the devil…”

Is music an exorcism for you? Is making it painful or pleasurable?

“Ha! No, music is not an exorcism for me. It is a sort of a ritual experience, but more meditative. It allows me to explore new worlds with sound…I can create any type of environment I want to, as murky, dark and cold, or as bright, warm and blinding as I want to. It is always a pleasurable experience for me. It’s really all about beauty and escape…I was such a nerd in high school, I think my favorite band was probably the Rentals. I always felt like the tomboy…in many ways music is my means of revealing that sensual side of myself. I just find the female voice can be the most beautiful and spine-tingling sound. Some of the ladies most influencing me today are Honey of Valet, Amanda of LA Vampires, Indra of Peaking Lights, and Victoria of Beach House. They each have such distinct voices, but they are each sexy in their own way.

“It’s remarkable to me how infectious the female voice is. The first time I really fell in love with the female voice completely was after listening to Berio’s tape piece Visage. It just blew me away…the way it was composed, the variety of vocal sounds he was able to achieve, how very primitive, almost animal-like the sounds were at points…a truly orgasmic work. Needless to say that piece alone has influenced me a great deal; it really awakened me to how powerful my voice could be.”