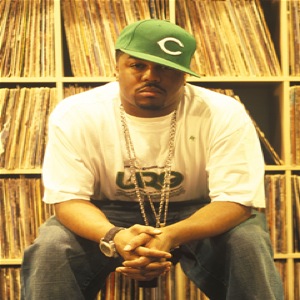 Everyone knew Just Blaze was a badman from the myriad classic hip-hop productions he’s been behind, but earlier this year, with the upload of a three-hour DJ mix on his Soundcloud (with the genre modestly tagged as “learning” – he’d just got a new mixer), he proved that his knowledge of classic house was almost as impressive.

Fast-forward a few months, and Cajual have recruited him for his first house release, a set of three remixes of Cajmere’s 1992 classic ‘Brighter Days’. The ‘Reopened 3am mix’, which appears in both vocal and instrumental form is perfectly nice, if nothing new, an unquantized dance of house drums bustling cheek to cheek, but it’s the ‘Just Blaze Dub mix’ where Blaze starts to show off, warping the vocal loop with cold, blue filters until it’s been pulled to breaking point, and adding big analogue chords that recall DJ Harvey’s 2010 remix of House of House’s ‘Rushing to Paradise’.