Underground America’s changing approach to dance music, with the man behind some of 2011’s best house records

You may already know Daniel Martin-McCormick from his work as one half of Thrill Jockey duo Mi Ami, or his solo endeavors as Sex Worker.

Lately though, he’s been releasing some of the most vital-sounding house music around, under the name Ital. ‘Ital’s Theme’, released this year on Amanda “L.A. Vampires” Brown’s Not Not Fun sub-label, 100% Silk, was a raw, acid-eroded gem in itself, but nothing could have prepared us for ‘Culture Clubs’, a sunblind epic of rough percussion, luscious chords and elements that work against each other as effectively as they work with each other. He’s also collaborated with Brown on the recent Streetwise release, and most recently, released a sterling edit of Candi Staton.

Ital is at the forefront of something more interesting than just great tracks though – along with D’eon, Laurel Halo and the 100% Silk label in general, he represents a generation of Americans taking outsider aesthetics and unpredictable song structures, and applying these to classic house and techno. This approach doesn’t always hit, but when it does, it’s an irresistible antidote to the precision-tooled Beatport house that modern dance music is so often weighed down by.


” I can’t get with anything too strict.”

I wanted to start off by asking quite a generic question, about how Ital fits in with the rest of what you do, as it’s one of several projects that you have.

“Right, well I’m not exactly sure right now, as it’s just starting to come to life. The first 12” that I did on 100% Silk – I made those tracks in Spring 2010, and I kind of had them sitting around, I’d made them after this New Years Resolution that I was gonna get a 12” out of, you know, tracks. I’d been listening to a lot of techno, just whatever you know, buying 12”s.”

So was it the case that you sat down, like ‘right, this is gonna be a new thing’, as opposed to Sex Worker or whatever?

“It was intentional – I made a track, ‘Ital’s Theme’, and then the Silk thing came about. When I sent those to Amanda, I was like ‘this is cool, we’ll just see [what happens]’, but after ‘Culture Clubs’ came out it was like… Well, it’s not quite crazy, but there’s a lot more interest than I expected.”

As in offers to do records, you mean?

“Yeah, offers to do records, and having just moved… I’m in New York now, I don’t have a practice space; everything’s so expensive. So I don’t have a place to just jam, like with the Sex Worker stuff there’s a lot of jams involved, and you know, volume – the Ital stuff is a lot more private. So I don’t know, in some ways I’m really reluctant to make demarcations and be like ‘this project is a band, and this one’s tracks, and this one’s noise’ or whatever, but I mean… It did start off as an attempt to make tracks that are legit, or something like that, so now I want it to be…”

“Well more ambitious, and more musically omnivorous: use it as, for lack of a better word, a form of composing… though that sounds a little bit, I dunno, lame.” 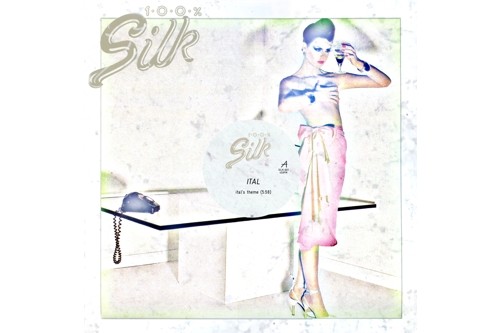 Not necessarily. You said you were buying a lot of techno 12”s at the time: what particular music was it that inspired ‘Ital’s Theme’?

“A bunch of stuff. I guess I actively follow Omar-S, and to a lesser degree Theo Parrish. A lot of the stuff from Detroit I guess, but the slightly more left of centre stuff. I’m a big fan of Daniel Wang, UR [Underground Resistance]… Well, only some UR. I can’t really hang with the really hard stuff.”

Yeah, stuff like Omar-S, where it’s a bit rough around the edges, you can really hear that in Ital.

“Right, what I really respond to, especially with Omar, is that he’s really elegant… but it’s interesting, because he has an aggressive feel to the music too. Like it’s beautiful, but not in a Telefon Tel Aviv or a Kompakt way, where it’s like ‘come the fuck on, man’. He’s raw and he’s kinda nasty, but he’s elegant too.”

Well he’s elegant but without being delicate. It’s got some body to it.

“Yeah, exactly. Exactly. So that’s something I aspire to. But not in the sense that… like, I feel like some people are like ‘oh yeah, Chicago, 808s and shit’ – I don’t fucking care. Whatever man. I can’t get with anything too strict.”

So I couldn’t really believe it when I read an interview you gave with Dummy, and you said you made your tracks on Audacity. Is that still the case?

“Yeah. Well, the first 12” was just Audacity. So like I said in that interview, the bassline was all triangular and square waves, and trying to calculate the frequencies. And then applying a couple of different phasers to give it some character.

Lately I’ve been using a combination of Audacity and Logic. Like I’ll do a loop in Logic, spend a little time on one of the soft synths, but I’ll always drag it into Audacity to arrange it. Recently I tried to do a whole thing on Logic, and I know I should really get on that, but oh man I don’t like the way it sounds, and I don’t really like the interface. Audacity’s like using Microsoft Word, it’s easy.” 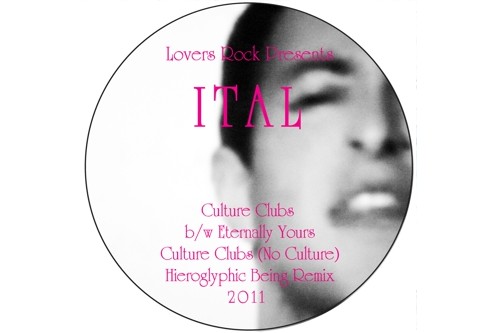 Logic can feel like it’s constantly reminding you that you’re using a computer – having to really zoom in and drag. Audacity’s a little more natural.

“Right, right. So basically I’m making the tracks with a combo of recording shit off YouTube, making some loops, and whatever I’ve got – I’ll lay it all out. I’ll record some stuff live over it, or cut bits out of stuff I already recorded live. Then I’ll just get in Audacity and chip away at it.”

Do you still using your mouth to do the cymbals, and cut up white noise for the hi-hats? I thought that was really clever.

“Yeah man, I still use some of that. After I did the first track, my band mate from Mi Ami sent me this huge folder of drum sounds, so I’ve been trying to incorporate them. I like the white noise thing, for the hi-hats for example, but you know, it’s only one sound. So I’ve been trying to combine it with drum samples from other tracks, and stuff I’ve recorded myself. On ‘Culture Clubs’, some of the drum sounds are from that folder, some are sampled off records. The chords are sampled.”

I’ve only been to New York once, this year, but there seems to be a big difference in the two cities’ approach to DJing and club music. In New York there were a few occasions, at underground club nights, where people were clearly playing tracks ripped off YouTube. People didn’t care, like they’re good tunes, so they’d dance. But people would bitch if you did that in a club in London.

“[laughs] I did that in a club in London once. It was a pretty shitty PA.

I dunno, I feel like in America in general, maybe with the exception of certain scenes in Detroit, Chicago and other comparable scenes like New Orleans or the Bay Area – I mean I don’t know how it operates in those scenes – but generally… in the area I’ve just moved to [New York], it’s like… you know, people aren’t into indie anymore, they’re into everything. Like they’re as aware of Ducktals as they are Omar-S as they are Lady Gaga, all kind of equally. So in that world, I feel like there’s a definite appreciation of dance music, or a really good DJ, but there’s also a real… well, it’s not sacred. Whereas in London, it seems like the whole club scene is massive.” 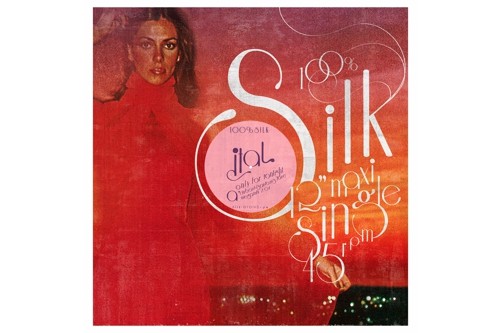 “The idea that there are certain rules you have to follow if you’re making or playing techno is kind of preposterous.”

Well it’s always been big, but stuff seems to have opened up a lot more in recent years in terms of the bigger clubs. A lot of people who were pretty underground before, like Hessle Audio for instance, can now curate Room 1 at Fabric and have it sell out. But Britain’s cyclical too. Dance music is in right now, give it two years and it’ll be indie again. Then you’ll have another middle-ground dance/rock crossover that people will claim is new.

“It seems, reading about it from America, that say, Ramadanman is huge now? I mean over here when Kode9 plays it’s a big deal. Newworldaquarium played here, and it was like $30 entry. But it does feel more free. Like you can play a party and it will be all dance people, techno and house fans, and you can just fuckin’ jam some shit from your iPod.”

It seems the line between dance and non-dance music in New York and Los Angeles has become particularly blurred though, with people like Laurel Halo, 100% Silk or D’eon, they kind of sit in both camps.

“I guess it mainly has to do with whatever culture you’re raised in. I suppose [dance is] a language that’s really big now, and resonates with people who came up in a rock background or a noise background: they’re growing into this. But it’s strange, because you can play a show and people don’t know… I saw Laurel [Halo] recently, and it was great, it was like a druggy take on Derrick May. But people were watching it like it was a show. I mean she’s a great performer, but it wasn’t performance music in the same way that a band is. No ‘put your hands together’, none of that shit.

“So it is strange: I don’t know if we’re in a state of transition, or if it’s just what’s en vogue right now, and the people who are really serious about it will eventually cross over into a more DJ and track-orientated world, and the rest of the people will move on to whatever’s the next thing.”

I saw Laurel play in New York, she was great but it was at a college and the crowd didn’t really seem to know how to react. Which is cool, I think.

“It’s interesting, because it provides us with an element of freedom. If you’re not expected to get people dancing, and it’s just about turnout, then it gives you a platform to explore these ideas. I always thought it was kind of dumb when people would talk about dance music, like ‘if you’re making house music there are certain rules you’ve got to follow to make it work in a club’.

“Like sure, there are rules you have to follow if you want to get played on the radio… but there are never any rules [laughs]. The idea that there are certain rules you have to follow if you’re making or playing techno is kind of preposterous. So when you’re playing a show, it’s nice to not to have that pressure to keep the drunk people on the floor. But then, on the flip, it would be nice if everybody was losing their minds…”