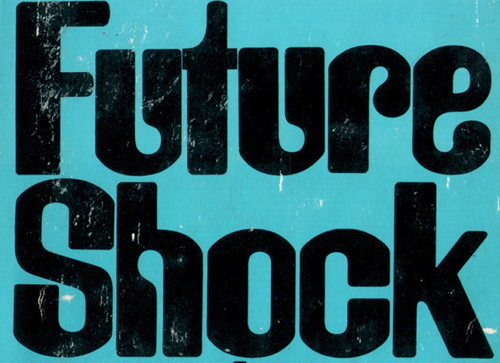 
As regular readers will already be aware, we’re big fans of the Unsound festival, which rides again in Krakow, Poland, on October 8-16. Anyone wondering why might wish to check out our review of last year’s edition.

It’s not just that is has an immaculately curated line-up of live performers and DJs, ranging from hard-edged experimentalists to purveyors of out-and-out party music, though that obviously helps. It’s also the way in which the line-up is scheduled: there are no horror-clashes at Unsound, because everything is programmed steadily across a week-long period, in such a way that festival-goers can see everything they want to see, with room to breathe between. Nor do you experience that “trapped” feeling you get at most festivals: Unsound makes full use of Krakow’s vast array of interesting spaces, meaning you get to experience in churches, galleries, cafes, museums, clubs and the like, as opposed to just a characterless warehouse or a muddy field.

And while your average European festival tends to rally itself around vague and ill-defined notions of “cutting edge digital music and art” (you know what we’re talking about), Unsound prefers more arcane themes. Last year’s edition was dedicated to “horror: the pleasure of fear and unease”, while 2011 is all about Future Shock! – which means not simply the laying on of perceived “futuristic” music (though there’s plenty of that), but also an examination of what “futurism” in music actually means in 2011, and how that meaning has changed since, say, the 1970s; in the words of Leyland Kirby, who’s performing at the festival, sadly the future is no longer what it once was. The inspiration for the festival’s theme is Alvin Toffler’s occasionally crackpot but often prophetic 19— book Future Shock!, which sought to consider how the 20th century’s accelerated rate of technological and social “progress” might impact on the individual’s physiology and psychology, not to mention the health of society and humanity at large. 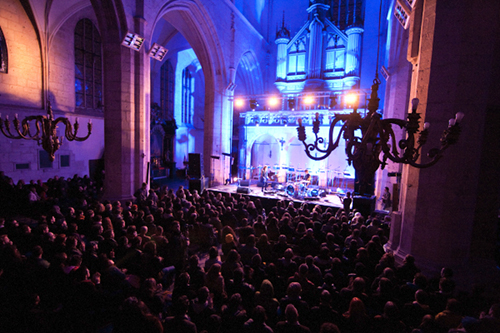 
Appropriately enough, some of the festival’s key performers are artists whose work clearly and demonstrably ushered in the future; artists whose innovations we’re still trying to catch up with. One unmissable evening is headlined by Chris & Cosey, whose pioneering 70s and 80s work – both within and outside of Throbbing Gristle – extrapolated from the ideas of Kraftwerk, electronic pop and disco to arrive at a unique form of industrial music as sensuous as it was severe. Though the tragic death of bandmate Peter Christopherson brought an end to Throbbing Gristle earlier this year, Chris Carter and Cosey Fanni Tutti are enjoying something of a renaissance: Carter’s breathtaking solo cassette of synthesizer music, The Spaces Between, was given a vinyl release by Optimo Music to unanimous acclaim, while key albums from the C&C, Carter Tutti and TG back catalogue have been reissued, and the duo are active once again as a live act. Their show at the ICA last year was one of the finest FACT has ever witnessed, so we can’t wait to hear them take to the stage again, this time in Krakow’s Engineering Museum (how apt).

Also appearing on that evening’s bill is John Foxx and The Maths. Foxx founded Ultravox and released one of the first, and certainly best, pure synth-pop albums of all time in the shape of 1980’s Metamatic, a staggeringly effective evocations of urban and technological alienation ever, deeply informed by the work of JG Ballard. Having spent the last 20 or so years experimenting in a range of musical styles and other media, The Maths sees Foxx teaming up with analogue synthesizer maestro Benge to make electronic pop that references Foxx’s own revolutionary 70s and 80s work while also pointing firmly in the direction of the future.

But let’s backtrack. The festival officially begins on Saturday 8 October, with the first of several evenings of cult and obscure film screenings by the peerless Jingoku. The films they’ve chosen for the week reflect the festival’s theme, and the schedule for their marathon opening session gives you an idea of what to expect: the documentary Future Shock (1972, US, dir. Alexander Grasshoff), Soviet psyche-acid animation Journey To The Stars (1981, RUS, Roman Kachanov), the apocalyptic futurism of No Blade of Grass (1970, UK, Cornel Wilde) and Spectreman (1971, JP, Yasuharu Hasebe) with nuclear superheroes and pollution monsters. No pointless screenings of 2001 and Bladerunner here: Jingoku’s showcases are all about giving you the opportunity to see films you never even knew existed, let alone would be able to find a copy of.

On Sunday, things get going in earnest, with the opening of the Unsound 2011 Installations, featuring specially commissioned and created work by the likes of John Rafman & Daniel Lopatin (Oneohtrix Point Never), Robin Fox (Editions Mego) and Raime (Blackest Ever Black) with Ewlina Aleksandrowicz and Andrzej Wojtas.

The first live music of the festival takes place at the Engineering Museum that evening, with a screening of 1975 film Oj, Nie Mogę Się Zatrzymać! screened with a live score by Felix Kubin and Macio Moretti, and then a screening of 1924 silent Soviet sci-fi movie Aelita, Queen Of Mars, live-soundtracked by The Generator Analogue Orchestra with Wojcek Czern and others. As evening turns to night the actions moves to nightclub Pauza, where the peerless Kubin will be playing with another FACT hero, Danny Wolfers aka Legowelt. Tell us, where else on earth can you find a free party in the middle of town with Felix Kubin and Legowelt providing the tunes?

The ever-energetic Kubin is back the next day to give a very special presentation, The Symptom of The East, exploring sound art and experimental music in Eastern Europe and how its fate has been dictated by cultural politics, economics and survivalism. At night, Krakow Music Academy plays host to three very different live acts: drone-folk heroes Natural Snow Buildings, who very rarely play out, followed by Emeralds’ Mark McGuire proffering a live set of his serene, cyclical guitar and synthesizer improvisations, before Whitehouse founder William Bennett presents the Poland debut of Cut Hands, a project which has created its own genre “afro noise” – basically the teaming of intense, African and Haitian vaudou percussion with fierce digital synthesis and processing. Unmissable, frankly.


On Tuesday, the first of several Eastern Bridges events takes place, showcasing artists from Europe’s east, in this case i/dex and The Volume. Then audio-visual artist Robin Fox will give a talk providing a context for a body of work that roams “from neurobiology to cochlear implants, analog synthesizers to audio-controlled lasers”. That night at the Manggha art gallery, LXMP will re-interpret Herbie Hancock’s Future Shock! album on a bill that also includes Niwea, iconAclass and Napsyzklat.

Wednesday’s highlights include a Q&A with William Bennett (Cut Hands, Whitehouse), presented by Blackest Ever Black, and focussing on the controversial artist’s interest in vaudou and unconscious communication, including his own theory of “the transparent concession” and then a special concert at Manggha, entitled The 800th Lifetime: Music For The End of The World, and featuring live performances from Kangding Ray (Raster-Noton), Robin Fox and HTRK.

On Thursday there are two particularly interesting talks planned, one from Gordon Savicic on the subject of Social Media Hacking, and one with Steve Goodman aka Kode9 about “sound, music and futurity”, drawing from his book Sonic Warfare. A nice warm-up for the evening’s entertainment: live sets from Dead Center, Christian Wallumrod and Ricardo Villalobos & Max Loderbauer, the latter pair giving a performance based on their stunning Re: ECM album. Oh, and did we mention that this show takes place in the jaw-dropping environs of 16th century St Katherine’s Church. Without wishing to sound glib, this promises to be a concert of near-religious intensity.

Some of the most acclaimed of the new psych-electronic underground come together later for an incredible programme at Manggha: Sun Araw, Hype Williams, Laurel Halo, Holy Other and – an inspired booking in this context – Rustie. Woah. Just don’t mention the “h” word.

Friday boasts talks with Leyland Kirby (aka The Caretaker), Morphosis, Catz n Dogz and Dave Tompkins (author of How To Wreck A Nice Beach, a history of the vocoder), before the evening programme Time Horizons: featuring The Caretaker, Kode9 + MFO (paying homage to the sci-fi short La Jetee) and, most remarkably, visionary composer Morton Subotnick performing his 1967 work Silver Apples of The Moon on the Buchla synth he helped develop, accompanied by visuals from Lillevan.

The festival reaches its conclusion on Sunday. The Information Pylon – a co-presentation from Exotic Pylon and the nascent Public Information label – offers wyrd electronics from The Haxan Cloak, Ekoplekz and Stellar OM Source, before the incredible Tempel Synagogue plays host to a performance by Sinfonietta Cracovia of the music of Henryk Górecki and Arvo Pärt, followed by sets from the awesome A Winged Victory For The Sullen and Jacaszek. Then it’s time to dance the melancholy away at the festival’s Burning Out closing party, with VHS Head, Braille, LA Vampires and Machinedrum.

Tempted? You damned well ought to be. For more information and tickets visit unsound.pl.