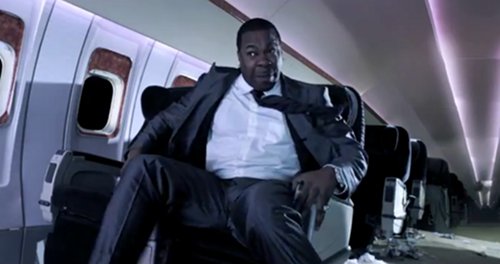 Three points that should be raised about Busta Rhymes.

a) He seemed to have completely lost it at one point, but in the last couple of years he’s been back on form in a serious way, absolutely slaughtering his guest appearances on Chris Brown’s ‘Look At Me Now’ and Cam’ron’s ‘Rubberband Stacks’.

b) His next album is coming out via Google Music, which is really quite interesting.

c) Even when his rapping wasn’t great, there’s no such thing as a bad video with Busta Rhymes in it. From ‘Woo Hah’, through ‘Gimme Some More’ and ‘What’s It Gonna Be’, to ‘Pass the Courvoisier’ and ‘Touch It (Remix)’, when Busta’s involved in a video it’s going to be entertaining. His latest one, ‘Why Stop Now’, which features Busta transforming into an insect, lifting up a house and breaking YouTube, is right up there with the best of them. It also features Chris Brown pulling out his best Jason Derulo shirtless dance moves, but you can’t have it all. Watch it below.