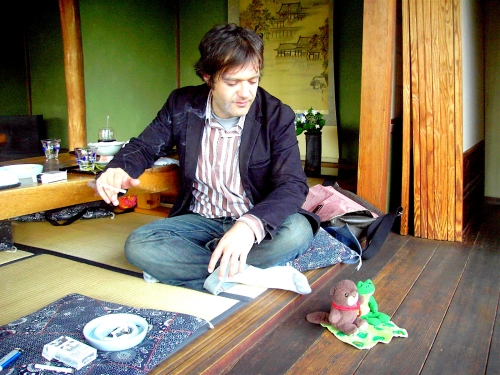 As we reported last month, ATP’s sister event, I’ll Be Your Mirror, returns to Japan for its second year this April.

After the success of last year’s one day event headlined by Godspeed You! Black Emperor, for 2012 it’s been expanded to a full weekend – the Saturday curated by ATP, the Sunday by avant-rock darling and current resident of Japan Jim O’Rourke. ATP have made some initial line-up announcements – most notably, O’Rourke will be giving a special one off performance of his classic album Eureka with a 12 piece band. Also revealed are some of his curatorial choices, including Michael Rother of Neu! fame and minimalist improvisers The Necks.

The ATP-curated Saturday will be headlined by The Jon Spencer Blues Explosion. Support will come from, among others, the indefatigably stern Factory Floor and the unfailingly mellow Codeine, whose rash of performances this year will be their first since 1994.

The event will take place on Saturday 14 and Sunday 15 April at Tokyo’s Studio Coast. For more information and tickets – which will go on sale on Saturday February 11 – go here.