Evian Christ: Kings and Them 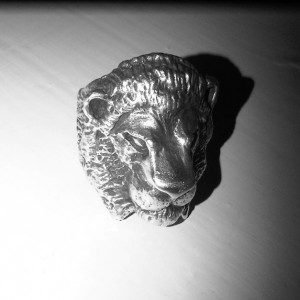 Collecting the eight tracks that have gathered slathering attention from all angles over the last month, Kings and Them is almost the debut proper of the never-actually-that-elusive Evian Christ. Swiftly picked up by Tri Angle Records in what could really be the only appropriate move for the brooding, shadowy, introverted take on footwork he had on offer, these have now been collated and distributed for free, digitally.

With many producers now exploring juke elements at tempos closer to house, Evian Christ’s slightly slower take on 808 vs. vocal fragments is not new in itself. However, what sets him apart (and relevant to Tri Angle) is his thick, reverb-drenched timbres. Rich Hammond organ-like buzzing, lo-fi rattling pulses that sound like guitar pedal effects and ethereal filtered pads are all elements typical of drone, but Evian Christ chooses instead to push them through strong, articulated harmonies.

The result is a sound similar to both How To Dress Well (strongly reminiscent on ‘MYD’ and the Baby Bash-sampling ‘Go Girl’, for instance) and at the same time, even without the percussion and vocals, the Night Slugs / Fade To Mind camps (such as ‘Drip’ and ‘Horses In Motor’). While all tracks have this mixture, it hovers in an intriguing middle-space on ‘Snapback Back’, ‘Thrown Like Jacks’, ‘Fridge, Crank, Gun’ and, arguably the strongest cut, ‘Fuck It None Of Y’all Don’t Rap’.

The simplicity of the tracks is another feature that stands out, with these pages having already stated that they are “pretty straight-forward”. Despite any negative connotations that may have, it is still true, and could be considered part of Evian Christ’s strengths. Long phrases are built from interlocking blocks, builds and drops are present, and a similar instrumentation (vocals, pads, 808; bass is left to the tuned kick) is found on every cut. However, this ‘formulaic’ approach is not dull; in fact, the elastic, rhythmic nature of the phrasing is that much closer to original footwork than some recent offshoots, so within the simple structures still lies a lot of variation.

This is probably also part of the reason Kings and Them revolves around a very limited palette of material yet maintains interest throughout. The recurrence of certain rhythms and fragments of lyrics from a single Tyga track in particular give it an exploded feel, like each track was a personal study of sorts, exercises in successfully capturing a particular sound. As a straight-through listen this may be too much, depending on personal tastes, but that is not to say Kings and Them was ever designed to be a play-through album.

In this respect it also makes sense that it is being offered by Tri Angle as a free download, benefiting everyone and probably giving the producer some space; the next step in Christ’s development will no doubt be fascinating now that he has an outlet established. Until then, however, this is an arresting debut that will probably end up marking a particular point in time. It is also a very relevant milestone in Tri Angle’s catalogue, marking a step into music that will inevitably be played in new spaces to new audiences.