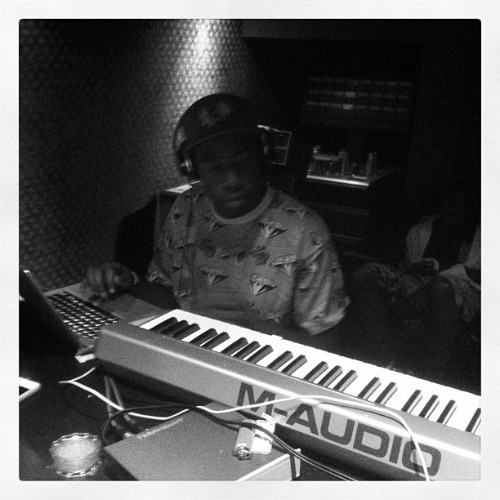 Memphis rapper Juicy J announced on his Twitter feed earlier today that he was in the studio with Tyler, the Creator of Odd Future.

He also posted quite a nice Instagram photo [shown above] of Tyler behind a laptop and keyboard, undoubtedly cooking up something intriguing.

Whether or not this particular collaboration bears fruit, Juicy has been on something of a roll lately, releasing a new track entitled ‘Cup’ yesterday featuring Taylor Gang cohorts Wiz Khalifa and Chevy Woods, as well as featuring on a new Wiz Khalifa track we posted the other day. He also released the well-received Blue Dream & Lean mixtape back in November. You can listen to ‘Cup’ below.