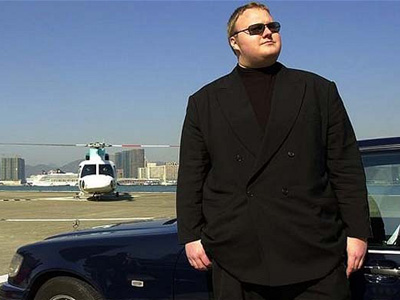 Megaupload founder, international criminal and perhaps the most entertaining man that the internet’s ever produced, Kim Dotcom has been released on bail.

The Quietus report that a New Zealand judge, Nevin Dawsom, granted Dotcom the bail, ruling that any funds he might use to flee the country have already been seized by the authorities. Dotcom had been held since January 20, when he was arrested and Megaupload shut down.

With the US attempting to extradite him to face charges around facilitating illegal downloads of copyrighted material, Dotcom confirmed to reporters outside the court that he would be fighting their efforts.

Megaupload is accused of costing the film and music industries $0.5bn in lost revenue, and its shutdown has prompted a succession of file-sharing sites to fall, both voluntarily and at the hands of authorities.