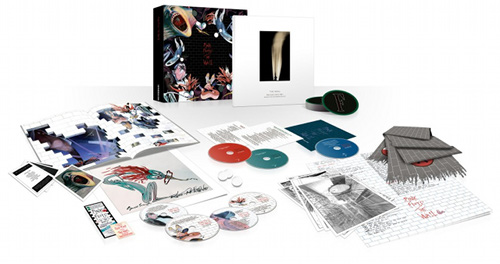 The prog perennials’ conceptual rock opera is the third to get the Immersion treatment after Dark Side Of The Moon and Wish You Were Here.

The set, out this week, coincides with the 45th anniversary of the release of Pink Floyd’s first single, ‘Arnold Layne’. The 6xCD, 1xDVD set includes a remastered version of the album, along with a live concert recorded in 1981 and original demo recordings. As if that wasn’t enough, they’ve thrown in a scarf, marbles, prints coasters and two books on the album. You can see the full spread above – one for the hardcore collectors.