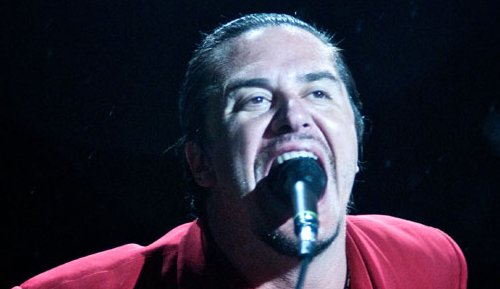 Tomahawk, the rock supergroup consisting of Mike Patton, John Stanier, Duane Denison and Trevor Dunn, will have their work collected on a triple-vinyl set.

First, a quick run-down of the personnel: Patton is a rock institution, having led Faith No More, Mr. Bungle, Fantomas and more to success, while also indulging in the odd opera. John Stanier was the drummer in hardcore group Helmet, and currently resides in Battles, while Trevor Dunn played bass in both Mr. Bungle and Secret Chiefs 3 (both him and Patton have also worked with legendary madman John Zorn). Duane Denison, meanwhile, has repped for The Jesus Lizard and Firewater.

Titled Eponymous to Anonymous, this release represents the first time that Tomahawk’s three albums – 2001’s Tomahawk, 2003’s Mit Gas and 2007’s Anonymous – have been issued on vinyl, and will be limited (ahem) to 5000 copies worldwide for Record Store Day. Ipecac, who’ll be releasing the retrospective, have also announced that Tomahawk are working on a new album for Summer.